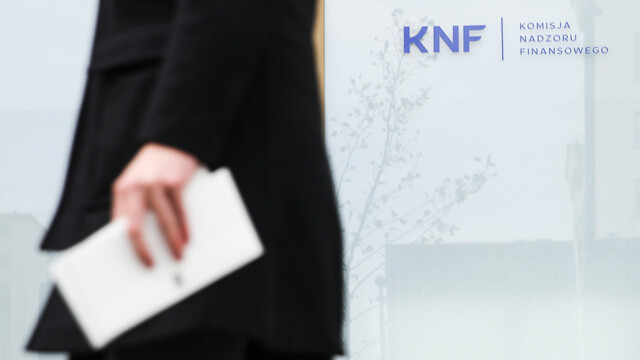 The purpose of the services is to determine the actions of all people whose behavior has the characteristics of breaking the law or exceeding the powers – said government spokeswoman Joanna Kopcińska after the meeting of Prime Minister Mateusz Morawiecki with the Minister of Justice and the heads of services. It referred to current actions regarding recordings with the participation of the former head of the Polish Financial Supervisory Authority. The head of government accepted earlier the resignation of Marek Chrzanowski.

The Tuesday edition of Gazeta Wyborcza has published an article entitled "40 million and there will be no problems". His theme is the talk in which the head of the Polish Financial Supervisory Authority, Marek Chrzanowski, was expected to offer the deal to the owner of Getin Noble bank Leszek Czarnecki. The latter states that, in return, the head of the PFSA expected the employment of a lawyer appointed with a remuneration of around PLN 40 million.

After 19:00, Prime Minister Mateusz Morawiecki met with the heads of services, awaiting an urgent explanation of the charges against Chrzanowski.

– The meeting was dedicated to discussing current service activities related to the situation described by the media, and the registration with the participation of the Chairman of the Financial Supervision Commission, Marek Chrzanowski – said Kopcińska.

The Prime Minister is of the opinion that there is no consent to any actions that offer a shadow of suspicion about the activities of public officials. All these subjects will be explained to the end, no matter who they are and what these people are doing

– The Prime Minister forced individual institutions to cooperate to quickly explain all aspects of the case. The purpose of the services is to determine the actions of all people whose behavior had the characteristics of breaking the law or exceeding the powers – added the government spokesman.

– The Prime Minister is of the opinion that there is no consent for any actions that would obscure suspicions about the activities of public officials. All these issues will be explained to the end, regardless of who they are interested in and what these people have a role to play, "said government spokeswoman Joanna Kopcińska.

Prime Minister Michał Dworczyk's head of the Chancellery said that "the meeting of Prime Minister and former KNF chief Marek Chrzanowski, scheduled for Wednesday at the time, is useless."

Marek Chrzanowski reported on his resignation after 15 on Tuesday.

"In connection with the dishonest and unfounded attacks and accusations made by Mr. Leszek Czarnecki, the provocation made by the agreement wishing to discredit me as chairman of the KNF is unquestionable in order to exert pressure on a process of reliable restructuring of one of the banks , responsibility for efficient operation of supervision on the financial market and the need for a full explanation of the matter for the good of the state, I resign from my role "- said Marek Chrzanowski.

He reported that he had taken "legal action in connection with false charges" violating – as he said – his good name and "affecting public trust" to the position he was managing.

The Prime Minister accepted his resignation

After 5 pm Prime Minister Chancellor Michał Dworczyk stated that Mateusz Morawiecki had accepted Chrzanowski's resignation. "It was the only reasonable solution in this situation," Dworczyk said in Prime Minister Radio Trójka's decision.

– The head of the Financial Supervisory Authority should enjoy an unblemished reputation and social trust. After the media information we were able to familiarize ourselves with today, it certainly can not be used to describe the head of the KNF – explained the head of the Chancellery.

As Dworczyk noted, "the matter must be absolutely clear." – The resignation was accepted and, according to the procedure, one of the two alternates of the head of the Financial Supervisory Authority will be appointed as acting and then a new boss will be named – explained.

KNF is one of the most important offices in the country. He oversees the banking sector, the capital market, the insurance and pension market, the supervision of payment institutions and payment service offices, electronic money institutions and the cooperative cashier sector. The commission of companies operating in these markets can control, impose penalties on them, establish additional requirements for them and approve the members of their authorities.

Its activity is regulated by the Supervision Law on the Financial Market.