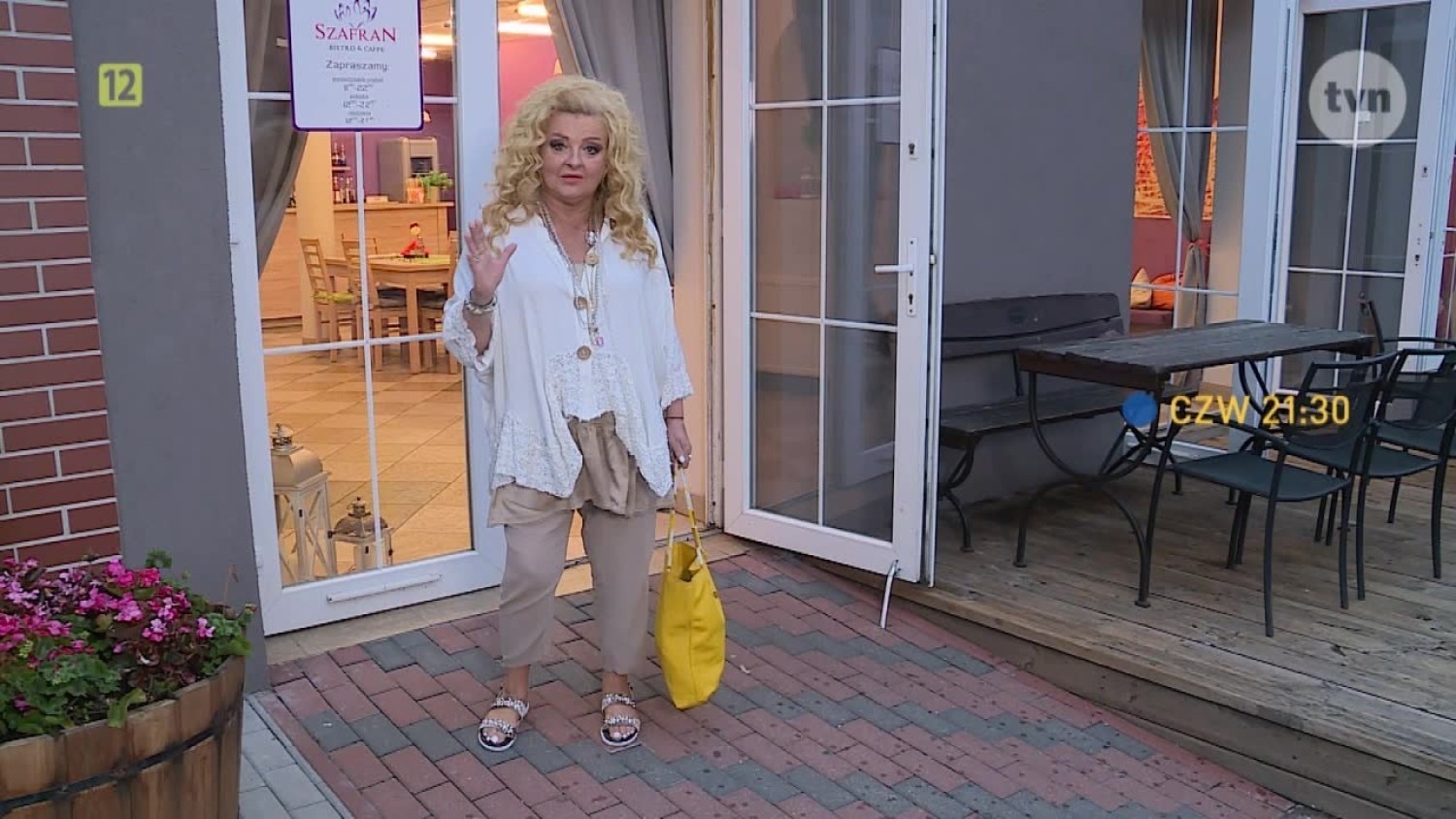 Magda Gessler visited this year's Kwidzyn restaurant "Szafran" to help owner Alina save this place. The woman had no prior experience in the catering industry and purchased the facilities when the opportunity arose. Due to the lack of employees, she herself took over the kitchen.

What did Magda Gessler find and what did she try to change? What problems appeared in "Szafranie" and what is the restaurant, its design and menu? You will see all this on Thursday, November 22, 2018 at 9:30 pm on TVN.

Alina initially worked as a waitress and waitress at a nightclub in Kwidzyn. When the possibility arose of taking over a small restaurant nearby, she did not miss the opportunity. The woman took over the premises of the former military barracks in Kwidzyn, which she repaired with the help of her immediate family. She named her first bistro with her own name, "Saffron," and a huge mural with a saffron photo, the "most expensive spice in the world," adorned one of the walls of a reformed restaurant with such difficulty.

Unfortunately, the product does not appear on the menu, although the menu is a mix of very different dishes. And so Alina became a restaurant owner, although I must admit that the term is a bit exaggerated. The woman had no experience in cooking and besides, she could not cook. Due to the lack of chefs, she prepared all the dishes in the kitchen.

It soon became apparent that Alina, however, is not a culinary talent made by herself and that the guests at "Szafranie" began to waste at an alarming rate. When she finally managed to complete the team, and customers began to coyly coax their bistro, Alina discovered her next mistakes. Dish prices were often lower than the costs of the products used.

In addition, the woman, fearing the loss of employees, frequently overindulges and pampers her. Everyone employed at the bistro has unlimited drinks and card meals for free. As a result, the owner does not gain anything, sometimes gets "in the zero", but generally increases interest. He knows it will not last long. Anger is growing in her because she really works hard without having her own life. Besides, Alina still depends on her parents. She can not imagine, however, that she could close her restaurant. Is Magda Gessler going to save her from this?

Roasted pork neck with smoked bacon and mushrooms from the forest, served with potato and beet dumplings, PLN 29

Food very good, everything was delicious but …… It is ale, because table cloths not pressed and stained with really good food spoiled everything.

Very good waitress. Vegetable salad like granny's 🙂 stuffing for tasty cookies but a bit too thick. The most.

Today, for the first time, we visit restaurants after the revolutions. I had dinner but it was yummy !! Potato cake is one of the most interesting and tasty things to eat in this town. Broth served in a sweet pot – tasty, warm and usually encouraging. The star of the afternoon was a double pork chop – the large, as far as the duck falls, it was too salty, but on the set with root-herb puree and a firework with cabbage came as a dream. The meat is cold because it is juicy and roasted. We will certainly look more often! It is good that the level of gastronomy has entered the Kwidzyn! Keep it up!

And what do you think of "Juicy Steak Bistro" in Kwidzyn? We are waiting for your comments!