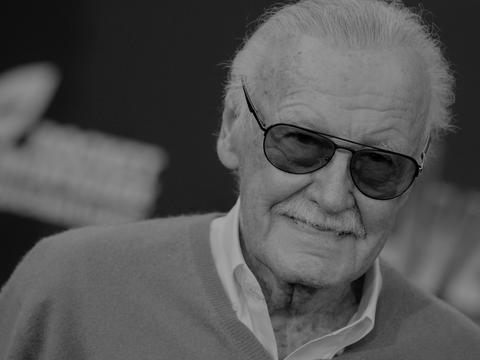 In the 1950s, the founder of the Marvel empire was – as PAP journalist Kamil Śmiałkowski said – "a comic craftsman who handled various activities." It was not until the 1960s that his great career broke out. He began to invent more iconic comic characters, from Spiderman to Daredevil, Black Panther or Fantastic Four. Of Marvel's "stables" in the following years, more characters appeared: The Hulk, X-Men, Iron Man, Captain America and many more.

Stan Lee was born on December 28, 1922 in New York as Stanley Martin Lieber, son of descendants of Romanian immigrants. When he grew up, he got a job at his relative Timely Publications. A company that changed its name to Mervel Comics from time to time. Stanley wrote horrors, novels, criminal stories, and anything else that could catch the attention of the young reader in those days. It turned out that he has many talents and – as Szymon Holcman and comic book editor Szymon says – Lee was boiling over, had charisma and had an unusual gift of self-creation. He was a brilliant seller of his ideas.

– Marvel managed to break the hegemony of DC Comics, where Batman and Superman were formed. Stan Lee was a visionary, "said Holcman. Over time, Stanley Lieber, who changed his name to Lee, became a symbol of American success.

"Stan Lee's first big hit was Spider-Man, a character who is initially Peter Parker, an ordinary teenager, he is shy, his aunt and uncle create him, so he has to earn some bad work like pushing a pizza through a little money so he can match the standard of living of his schoolmates. "Tired of common teenage problems, the target reader can easily identify with the protagonist. a new identity.All of a sudden, everyone dreams of being him, having superpowers like him.This simple trick made Spider-Man an innovative superhero for brand new fans, "added Holcman.

According to journalist Jakub Demiańczuk, Stan Lee's influence on popular culture can be compared only to the influence of Walt Disney. "Both created new myths, both built powerful media empires – and today the Marvel publishing house belongs to the Disney group – both were equally focused on storytelling, which in building their own image," he said. – It was not Stan Stan who came up with the idea of ​​a comic superhero, but in the 1960s he populated the imagination of the masses with dozens of unforgettable characters. He wanted the characters in his comics to be closer to the readers, as well as characters from superheroes, they had problems and normal life duties. To deal with human weaknesses, they had passions and vices, dreams and problems at work. He wanted heroes like Spider-Man, who fights against the evil that threatens New York, but "in civilian life" is a teenager who must win as a photojournalist – added Demiańczuk.

According to journalist Kamil Śmiałkowski, it is clear from today's perspective that Stan Lee was one of the most important creators of pop culture. He almost created the twentieth-century American mythology, the world of Marvel. Of course, every time he created each character in cooperation with a cartoonist. The idea of ​​humanizing superheroes, he led readers and in the 1960s began a big boom for Marvel comics – he said.

As Szymon Holcman pointed out, a lot of people today get excited about the numbers invented by Stan Lee, not having read any comics before, where they appear – they only know them from the movies.

Holcman emphasized that although Stan Lee himself had an incredible imagination, he was throwing ideas like that, so the legion of people was behind that success. "Marvel was then called the" house of ideas, "in which he worked on the team of writers and cartoonists. Lee as editor and editor-in-chief suggested ideas, but it was his employees who got ideas and turned them into comics. Among them were Jack Kirby or Steve Ditko, who invented Spider-Man's outfit and made the hero an iconic figure. Lee, however, kept his subordinates in a firm hand, "said Holcman. He added that Ditko died a few months ago," lonely, poor and most of those who are delighted today with forgotten Spider-Man films. "

Śmiałkowski emphasized that Lee's talent for self-creation and self-admiration was his disadvantage and advantage at the same time. "Two years ago, Stan Lee's autobiography appeared in the form of a comic book I translated. It shows how Lee treated himself. He has shown himself to be a master of the world, who quickly moves to order over his failures, but at the same time is able to flaunt all his success. Megalomania was his disadvantage and advantage, otherwise he would not achieve such success, "he concluded.

The movie Spider-Man turned out to be a huge success. The first part of 2002 and its continuation from 2004 yielded a total of $ 1.6 billion, not including the proceeds from DVD releases and gadgets related to movie premieres. For several decades, it has become a tradition that in the comic-based movies Marvel Stan Lee appeared in person.