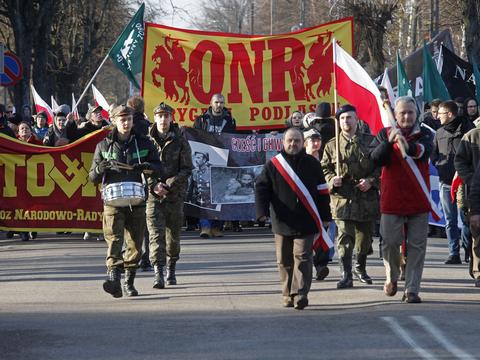 Hanna Gronkiewicz-Waltz stated in an interview with Tomasz Lis on Onet that she would not be afraid of the far right. The outgoing president of Warsaw spoke about the imminent March of Independence. Although it is a cyclical manifestation registered by the voivode, it is able to resolve this march.

"I'll sign it myself, not Mrs. Gawor." I am getting especially on 11/11, I am sitting in the Security Center and I will assume on my own responsibility, because I will not be abused then, "said Gronkiewicz-Waltz.

"Let's take a look at everything, let's take a look at everything," the mayor of Warsaw announced. Tomasz Lis predicted that, according to the organizers, the totalitarian symbols will have single people. – Does not matter. I did not hide it (last year – ed.) We made a mistake. There was a T-shirt with the inscription of the SS and we did not solve this demonstration. It was not just noticed, "she said.

– My goal is not a solution, my goal is to anticipate that this can be solved. March of Independence from last year could be resolved – summed up Hanna Gronkiewicz-Waltz.

Strong words from MP Pawlowicz! Who is the "white race" in Poland? PiS avoids comment!

What a shame! They are to celebrate the 100th anniversary of Independence!