Home / poland / Good Morning TVN will air from 7.30. There will also be a new studio

Good Morning TVN will air from 7.30. There will also be a new studio 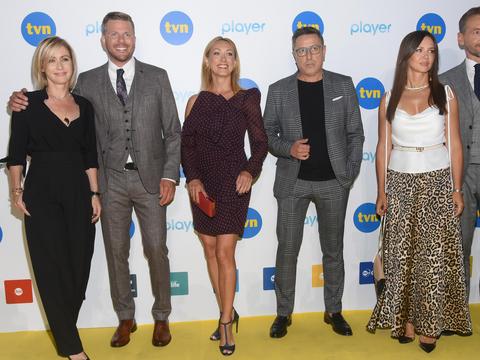 You can watch the summer installment of the popular summer breakfast program on TVN. "Good Morning Holiday" has been broadcast since late June. In early summer, it could only be seen on weekends, but from August 12, the program became part of the daily schedule.

New faces in "good morning vacation"
In recent days, viewers have had the opportunity to watch some new faces as hosts of the show. The producers have decided to give presenters who have been associated with TVN for years, but will appear in the lead role for the first time. The hosts of the holiday breakfast studio were among others Anna Wendzikowska, Katarzyna Jaroszyńska, Barbara Burkinska, Barbara Pasek, Katarzyna Olubińska, Gabi Drzewiecka, Filip Chajzer, Marcin Sawicki, Mateusz Hładki and Robert Stockinger. Among them were also well-known viewers of host "Good Morning TVN": Anna Kalczyńska, Piotr Kraśko and Andrzej Sołtysik.

This is not the end of changes in Good Morning TVN
It's no longer a secret that from September on "Good Morning TVN" will debut a new pair of leaders. It will be Małgorzata Ohme and Filip Chajzer. But this is not the end of change. During the season's solemn fall season presentation, Edward Miszczak announced that there were several other surprises waiting for viewers.

We are changing the program management system. Each pair will rotate weekends and weekly editions. There will be no more weekend / week analysis. We're expanding the program and changing its start time to 7:30, ”announced the program director.

The one-hour extended "Dzień Dobry TVN" program will also be aired from a completely new studio on 31 August. In addition to the leaders who debuted in this role, the hosts of "Good Morning TVN" editions will be Dorota Wellman and Marcin Prokop, Anna Kalczyńska and Andrzej Sołtysik, as well as Kinga Rusin and Piotr Kraśko.

He called Ohme with an offer. "Honestly, I was speechless"