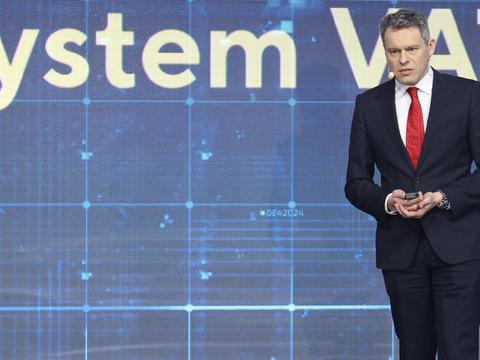 Information on the resignation of Filip Świtała was given by the daily "Puls Biznesu". In turn, in the pages of money.pl, the message is confirmed by a spokesman of the Ministry of Finance. – As of today, Minister Filip Świtała is no longer the Undersecretary of State in the Ministry of Finance – said spokesman Paweł Jurek, however, he gave no reasons for this decision.

Świtała at the resort was responsible for a very important episode. He piloted most of the bills that should tighten the tax system and combat VAT fraud. And the Vat gap is one of Prime Minister Morawiecki's biggest problems and he has repeatedly boasted of its successive reduction.

Filip Świtała joined the Ministry of Finance as an expert in the tax department and was promoted to the deputy minister in 2018, under the reign of Teresa Czerwińska. The latter left the government during the last reconstruction. She was replaced by Marian Banaś.

Ombudsman for Children Rights is shocking! He remembers fondly … how his father beat him