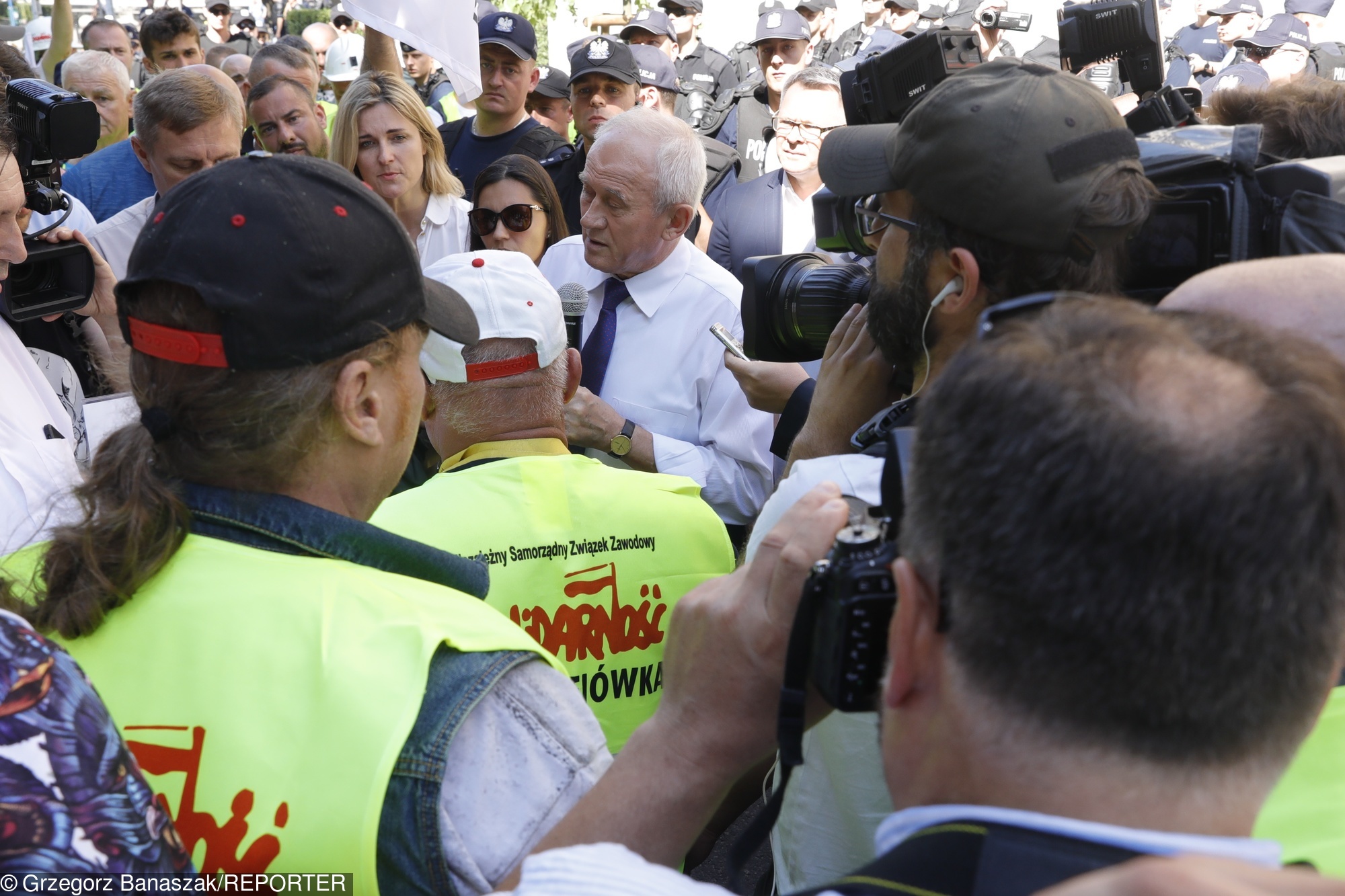 The resignation of JSW President Daniel Ozon and the change in company management led to a strong reaction from the trade unionists. Several dozen people in the morning protest in front of the Energy Ministry. Robert Malłek took over the company.

The energy minister went to the demonstrators. As he told the miners, if there was no reason, President Ozon would not be canceled.

Demonstrators accuse the energy minister in an attempt to manually control the company, including the head of the supervisory board appointed by the minister, who has an increasingly strong position in the company. The amendments to the regulations gave it a decisive vote to the Supervisory Board, while at the same time marginalizing other members.

The miners warned the minister that they could organize a much more severe protest in a much larger group. Górny also fears that the funds developed at JSW will be used to finance other sectors. Before the ministry they were singing, "Thieves, thieves!"

Miners also complained that they were not allowed to enter the JSW building and could not talk to the company's authorities. The building was surrounded by a police and security cordon which was reported by BiznesAlert on Twitter

"Are you so afraid of us?" Trade unionists asked. "Is this your initiative?" They turned to the minister. He invited them to him, but the crowd began to shout, "Too late!"; "Dymisja Tchórzewski!"

The minister was due to meet with the JSW trade unionists on Monday, but he unexpectedly canceled the meeting.

E49First, they vote in PiS and then in some protests. Paranoia

M.MWell, the eldorado ended up at JSW, the investments are over, now you go to over 500 for the unpopular.

dedeMr. Tchórzewski, here's the tip: close the unprofitable mines, move away this pile of pillars, build windmills and photovoltaics