Central Statistical Office: in 2017, the share of renewable energy in final energy consumption fell to 11%. 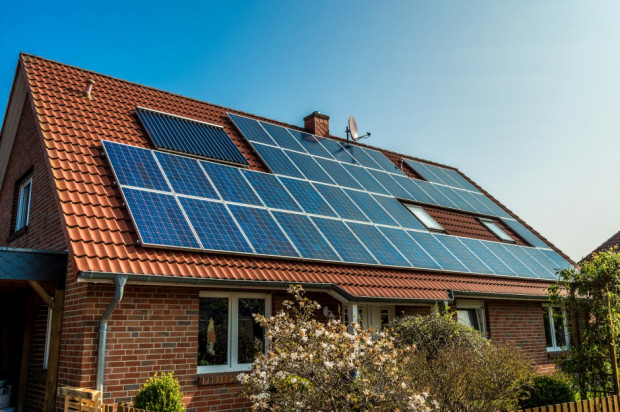 In 2017, the share of energy from renewable sources in the final consumption of gross energy decreased by 0.32 percentage points. up 11 percent from 11.3 percent a year earlier – the Central Statistical Office said on the site.

The Office said that this index decreased in 2017 by 0.32 percentage points. compared to 2016. As explained, the main reason was the increase in gross final consumption of energy (by approximately 6.5%). "Energy consumption from renewable energy sources also increased in the period under review, but not so dynamically (by approximately 3.4%)," he added.

In Poland, renewable energy is obtained mainly from solid biofuels (67.9%). The next sites included: wind energy (14%) and liquid biofuels (10%). Total energy value of primary energy obtained from renewable sources in Poland last year amounted to 383 168 TJ. Energy consumption from renewable sources has increased slightly in recent years and increased from 360,000 TJ in 2013 to 374,000 TJ in 2017 – Office added.

The Central Bureau of Statistics explained that the structure of the energy consumption of RES is characterized by a relatively large share (59%) of final consumers and a smaller (41%) use of RES for energy input; the energy sector's own consumption is insignificant. "The above proportions indicate that energy transporters from renewable sources in Poland are less frequently used by industrial (commercial) installations where, as a result of energy transformation, derived energy carriers (mainly electricity and heat) are delivered to consumers "- underlined.

In the information, it was added that, in the case of transport, the share of energy from renewable energies in final consumption increased by 0.28 percentage points. Compared with 2016. As explained, this was due to an increase in the use of renewable energies (around 25 per cent), with a simultaneous lower increase in total transport energy consumption (by approximately 17 per cent) .

In the report published on Thursday, the Office of Supreme Audit reported that the target of 15% share of renewable energy in energy consumption by 2020 may be at risk. According to the Chamber, if we do not increase the share of renewable energy, we will have to buy it from abroad. "The costs of this transfer can amount to up to 8 billion pounds" – assessed.

Meanwhile, the energy ministry, in response to the report, argued that thanks to government actions, it managed to offset delays in the renewable energy sector and accelerate its development. The Ministry has ensured that the FER goal for 2020 will be implemented.

The article has no comments yet.