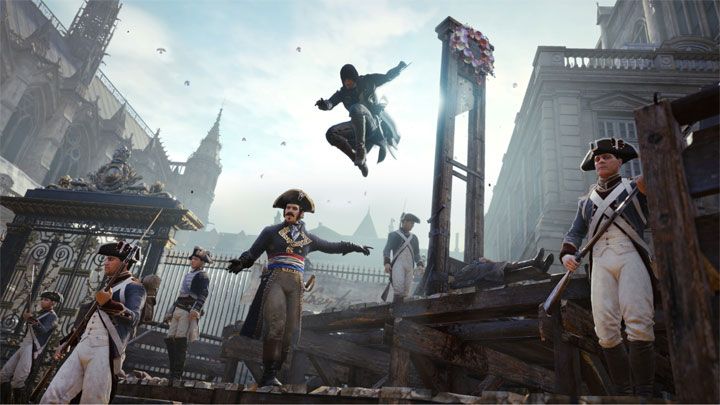 In response to the fire at the cathedral of Paris Notre-Dame a few days ago, Ubisoft released the PC version of Assassin's Creed: Unity. This beautiful gesture was taken exceptionally hot by the players and it can be said that the game is undergoing a small renaissance.

The first effect can be seen on Steam, where 86% of the user ratings made in the last 30 days gave praise to this title, which means that the adoption of the game is "very positive" and until recently has been "mixed." It is even more impressive that the offer is received for free Assassin's Creed: Unity applies only to Uplay, not Steam. This is aided by the fact that Ubisoft has provided 500,000 euro for the reconstruction of the cathedral and in many comments users express their gratitude for this.

The promotion, of course, also caused a huge increase in the popularity of the game. So many people started to have fun Assassin's Creed: UnityThat the creators were forced improve server performance so they can handle the increased interest of the players.

Ubisoft is also helped by the fact that the company also showed a great class when organizing this promotion. editor returns because the money is for all the players who bought a digital version Assassin's Creed: Unity from April 15 until the announcement that the game is available for free.

Let's remember that Assassin's Creed: Unity appeared on November 11, 2014. It was the first part of the series designed for the consoles of the current generation. The technological leap was impressive, but the game was met with a mixed reception due to the low level of technical refinement. Today looks better than on the day of the premiere. The patches have fixed some of the problems and modern PCs are easier to handle with this production in maximum detail.

It is worth mentioning in the end that if you have not yet used the offer, then Assassin's Creed: Unity You can get it for free until April 25th. If you add a game to your Uplay account, it will remain there forever, even after the promotion ends.

We invite you to like the Profile on Facebook. You will find there not only the most interesting news but also several interesting additions.