Samsung QLED televisions have established not one and several quality standards in the market for smart TVs for some time. This year, however, these items are something of a completely different story. Or rather, from a science fiction story.

I am sitting on the presentation of the huge Samsung QLED 8K Q950 TV. The Samsung representative tells the assembled public how this device uses artificial intelligence algorithms to rebuild the image from a lower resolution. Boredom. Not because the technology itself is boring (on the contrary!), But we've heard it for several months.

I've seen several, if not more than a dozen presentations, in which the high-speed 4K or 1080p image is processed by Samsung's chips to play at 8K. The problem is that the transition from 4K to 8K is not so noticeable to the viewer. While this technology is not overwhelming at its core, its impact on receiving on-screen content is relatively modest. Screw this presentation. Time discreetly check notifications on your phone.

At some point during the playback of a very beautiful video with the landscape and the setting sun on the 85-inch 8K screen, the presenter asks us to guess where the source material comes from. There were some minor flaws in the image (sunburns, resembling compression artifacts), so someone ventured that it was an uncompressed Full HD video file. – No, it's YouTube, the 720p replied the professor. I did not accept my word until I showed the application interface. Just wow. 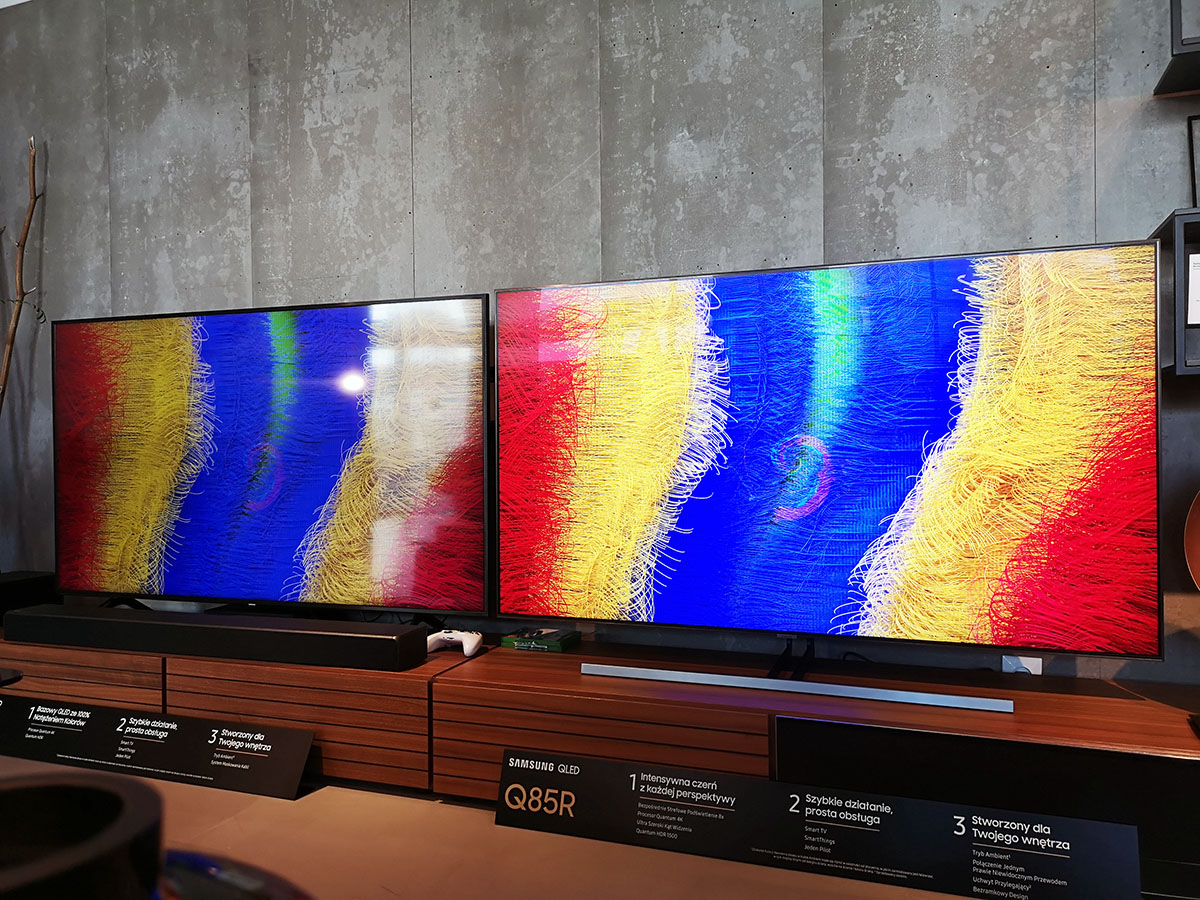 Artificial reconstruction of a 4K image for 8K resolution is a solution to the problem that Samsung has created itself. These sophisticated artificial intelligence algorithms on QLED 8K Q950 were created primarily to make any sense of purchase of this TV. In Poland, no content is available in 8K and only a handful of entities worldwide. If it were not for these algorithms, there would be absolutely no benefit in having an array working at 8K.

So far, Samsung's presentations have mainly emphasized the effectiveness of the 8K rebuild. However, the level of their raising the resolution materials of low resolution web flows absolutely change the narrative. Out of curiosity for the biggest enthusiast, technology is becoming something that solves a very real problem that affects most of us.

We live in times of transition. VoD displaces the physical medium, although it offers much less for enthusiasts.

Netflix and its laia are a wonderful invention. Just a few clicks with the remote control and our favorite movie and series are already flying. Without paying, the signature handles everything. No wonder we're so happy to leave Blu-ray discs in favor of streaming. The problem is that the Internet is not yet ready to offer content with the same quality of the physical medium. VoD service providers use a variety of sophisticated algorithms for lossy image compression to reach as many customers as possible. 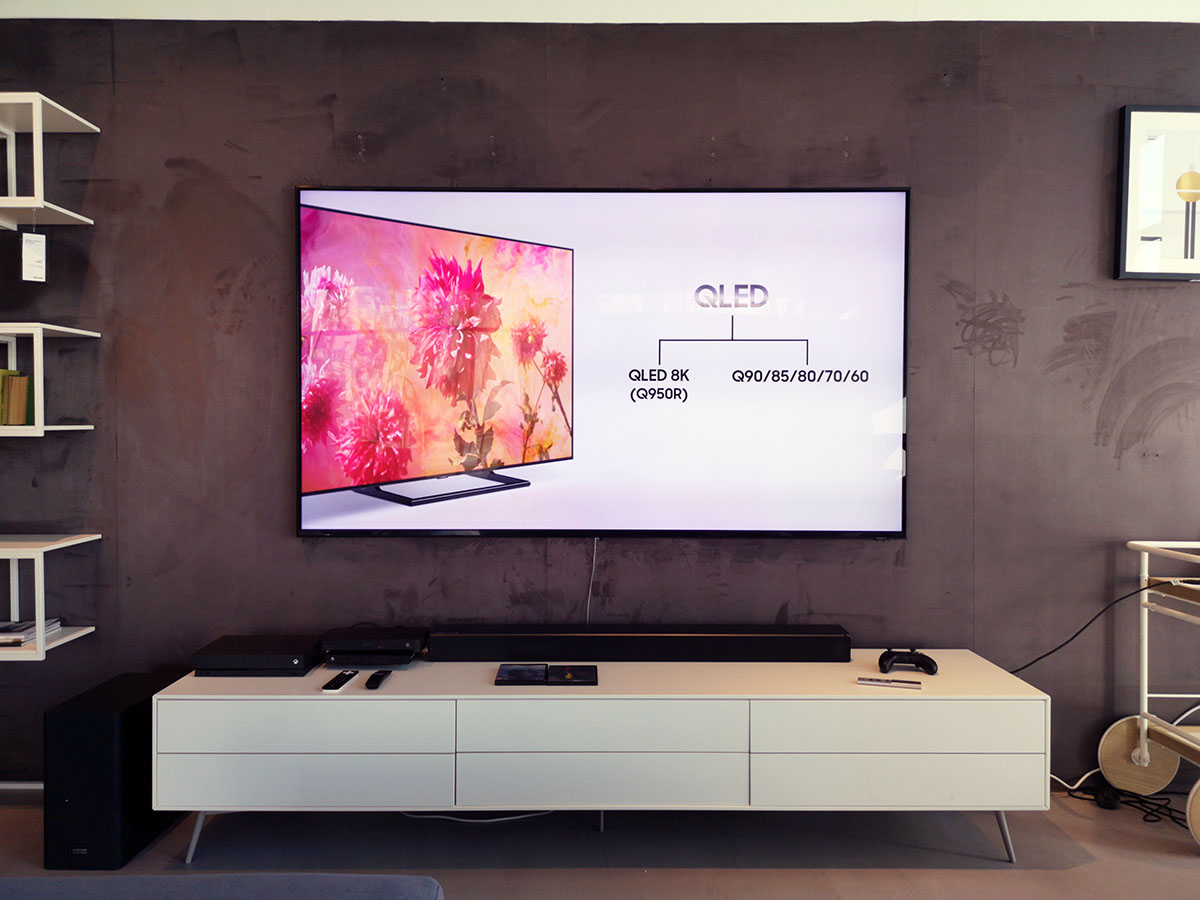 Do not be unfounded. The Netflix 4K stream is served on our TV with a bandwidth of about 20 Mb / s. For comparison, a common Blu-ray disc (ie, not 4K and Full HD) is about 40 Mb / s. Blu-ray UHD provides up to 128 Mb / s. In other words, the Netflix stream in 4K contains twice as much information about the image and sound as the Blu-ray Disc data and six times less than the UHD Blu-ray Disc data. Of course, there is quality.

And yet, we do not just watch Netfliks or Prime Video. YouTube uses even higher levels of compression, and content often does not exceed HD resolution. This year, QLEDs with the Quantum 4K system will try to bring us closer to the quality of the physical carrier. It is efficient? We'll find out lending these test equipment, but if the results are as promising as Samsung's presentation to journalists, that changes a lot. The effect is unbelievably good.

In the fight for perfect darkness and open standards. With mixed effect.

Samsung, not wanting to become addicted to the monopoly of the market of matrix manufacturers OLED, continues to develop LCD technology, achieving extremely impressive results. The biggest problem with LCD arrays is the contrast caused by the need to light them. This year's QLEDs have a way of doing this – at least in presentations to the media – worked very effectively. The black on the screen seems to be perfect, even in the vicinity of bright and colorful elements.

However, there is no black magic or other spell behind, and a very complex system of direct zone illumination, which will be present in the Q70 and higher models (the larger the model, the more these zones). QLED could approach OLED TVs in contrast context? If this happens, it would be an interesting change in the premium TV market. Although I'm afraid the QLEDs that offer such a good contrast are from OLEDs … much more expensive.

With the conclusions, we will wait for the tests of individual models. And it's worth remembering that Samsung's QLEDs offer a very high picture brightness, which is particularly noticeable when viewing HDR content. 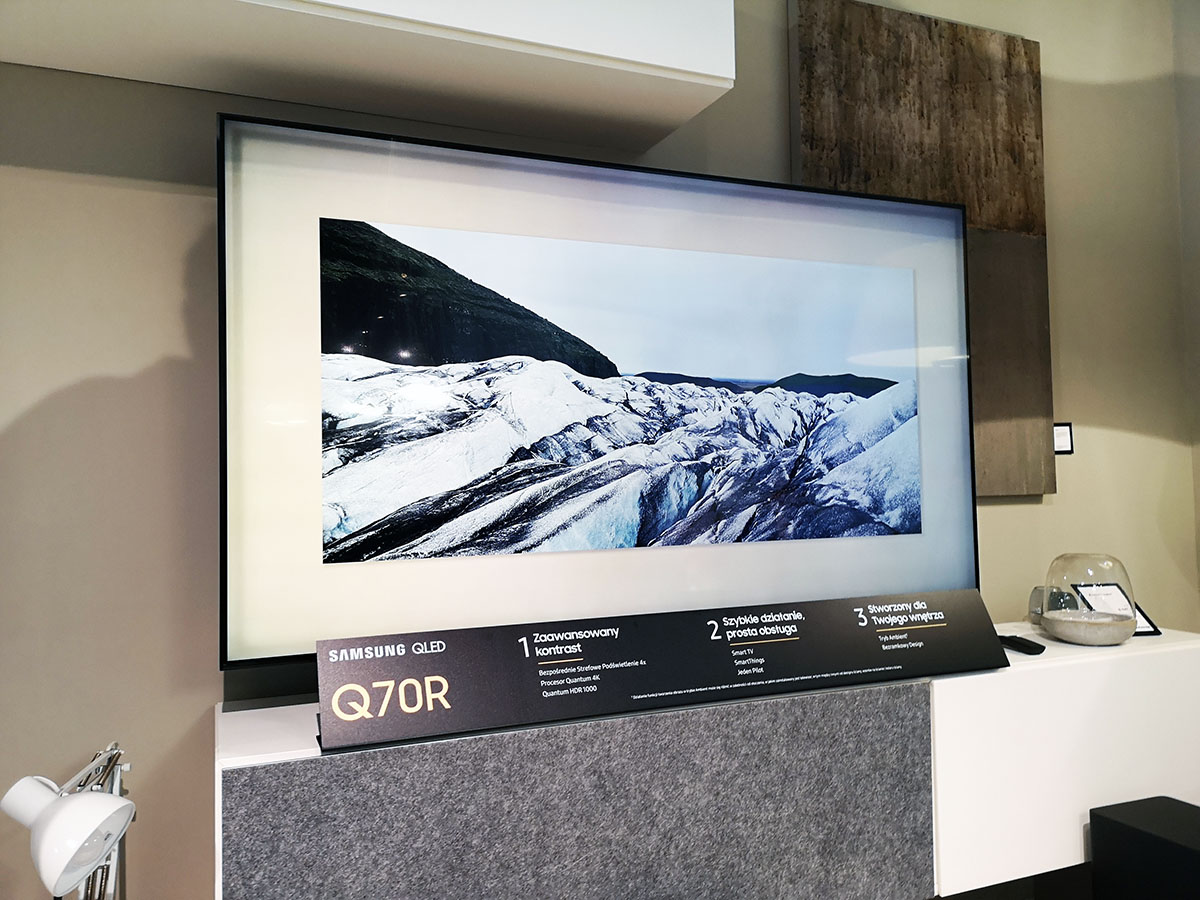 Innovations in LCD technology and market defense against the monopoly of a component supplier are undoubtedly activities for this beneficial market (as an OLED enthusiast I still doubt if effective, but … we'll see), but "their defense against paid patterns and owners "in practice will not go so well anymore. Samsung continues to insist on promoting the open format HDR10 + as an alternative to Dolby Vision paid and proprietary. Both formats are the proposed successors of the current HDR10. Samsung TVs still do not support Dolby Vision and will not work. Although most Blu-ray and VoD content is mastered in this second format. It's a shame because other manufacturers give users a choice.

Not just the picture quality. Samsung televisions are invariably a mine of good ideas.

Again, these TVs are very comfortable to use because of the well designed Tizen. One Connect is still used on the more expensive QLED models, which is a wonderful patent that consists of separating part of the electronics from the TV to the outside, collecting unaesthetic and hidden cables in the RTV cabinet of the device. 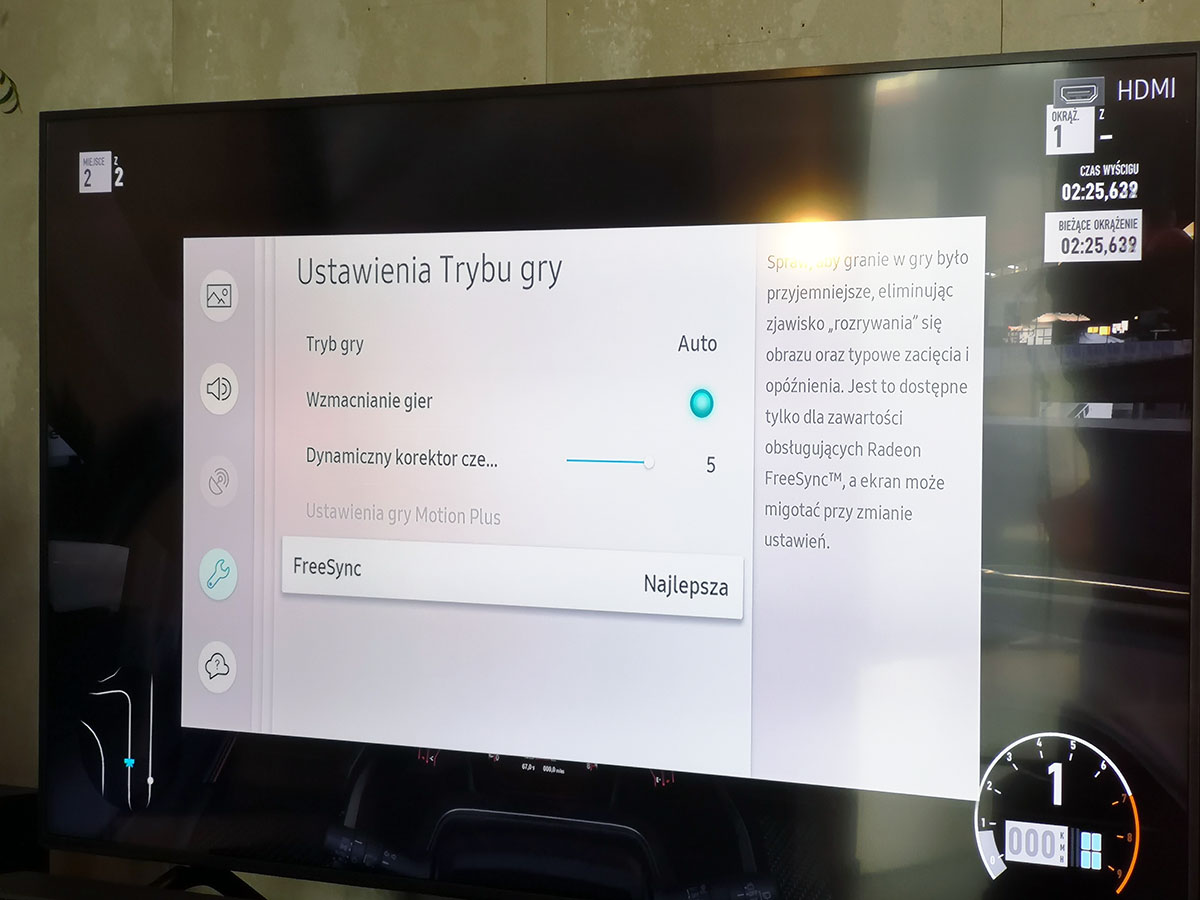 There are still new innovations for players in Game Mode, this year is (optional) zoned smart conquering the glow of very dark objects in games. And let's not forget that this year's QLEDs are capable of working with the Apple AirPlay 2 protocol and as the only one that will allow you to view iTunes content for a while.

Most important, however, seems to be the low resolution content reconstruction algorithm mentioned at the beginning. Because even if Sony, LG, Philips or Panasonic on this year's models offer even higher picture quality than QLEDs, they will still display defective source material from YouTube or Netflix. Which QLED 2019, at least in theory, will adjust to a level that is, for a competition – even if hypothetically better – unattainable.