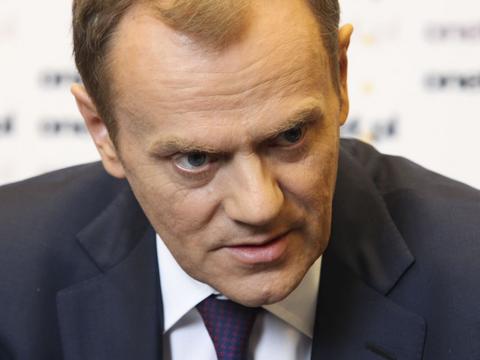 Representatives of the platform including The vice president of Sejm Małgorzata Kidawa-Błońska will participate in national celebrations. The OP does not intend to participate in this march organized by the government under the patronage of President Andrzej Duda, or at the ceremony on Saturday to unveil the monument to President Lech Kaczyński in PL. Pilsudski.

Also the PSL President, Władysław Kosiniak-Kamysz, will not participate in the white and red march under the patronage of President Andrzej Duda, on 11 November. On that day, he will attend the ceremonies at the tomb of Wincenty Witos in Wierzchosławice – said Polish Peasant Party spokesman Jakub Stefaniak.

"As in previous years, our parliamentarians will take part in the Independence Day celebration at dozens of places in Poland, where local government and local communities organize celebrations around places associated with the tradition of independence," Jan Grabiec, a spokeswoman, said.

On Sunday morning in Warsaw, platform politicians (including party leader Grzegorz Schetyna, former Prime Ministers Ewa Kopacz and Jerzy Buzek, Senate Vice-President Bogdan Borusewicz and Warsaw President-elect Rafał Trzaskowski) will present together with the president of the European Council Donald Tusk flowers at the marshal's monument. Józef Piłsudski in front of the Belvedere.

Schetyna, Kopacz, Buzek, Borusewicz and Trzaskowski will then go to the Archcathedral of Saint. Jana, where they will put flowers near the neighborhoods: Ignacy Mościcki, Ignacy Jan Paderewski and Gabriel Narutowicz, and later will be present at the Monument to the Fallen Soldiers of the Polish Military Organization.

PO will not be at the monument to Lech Kaczyński

After 10 o'clock, Grzegorz Schetyna, together with the chairman of Modern Katarzyna Lubnauer and Inicjatywa Polska leader Barbara Nowacka, will visit the Military Cemetery in Powązki. There, in the company of Ewa Kopacz, Bogdan Borusewicz and Rafał Trzaskowski, they will put flowers next to the Powstańców Wielkopolskich Quarter and the Monument to the Fallen 1920s.

"It will be similar across the country – we will be in cemeteries, in the monuments of the heroes of those days, we will be assembling bouquets, flowers and crowns," Grabiec said. The platform will not participate in the government-organized March 11 government. – We do not know if this march will occur and what will be the march, because on the one hand the legal status of the Independence March is doubtful, on the other – supposedly it is the state ceremony, but on the other hand we hear that negotiations are ongoing between government and organizers of the nationalist march to combine these celebrations. It's hard to say what kind of a march the prime minister and the president are inviting, "the OP spokesman said.

The platform will also not attend the ceremony on Saturday to unveil the monument to Lech Kaczyński on pl. Pilsudski. – This monument was created in violation of the law and against the will of the Varsovians. Monuments must be decided by the residents of the city, no power can impose community heroes. These are very bad practices, "Grabiec said.

Stefaniak, when asked if the PSL president will attend this march, reported that Kosiniak-Kamysz will attend the ceremony at the tomb of Wincenty Witos in Wierzchosławice (Małopolska) that day. – It would be difficult for him to be in Warsaw at the same time, so we do not intend to participate in this march of Warsaw or marches, added the spokesman of the PSL.

On November 10, the PSL leader will participate in the inauguration of the monument to Wincenty Witos in Kielce.

Asked if anyone from the PSL is getting married, which will be held in the capital on Independence Day, Stefaniak said that "no one (PSL) is willing to attend this event." "Which is indeed one of the faces of most Poles." Because if the PiS, who had three years to organize solemn celebrations, organize it quietly, organize it for three days, in fact is the best proof of such unconcern, shoes and simply disregard the Poles. This year, not the winter surprised PiS, celebrating only the hundredth anniversary of independence – said Stefaniak.

Asked whether Kosiniak-Kamysz or PSL representative would attend the opening ceremony of the Lech Kaczyński monument on Saturday at PL. Piłsudski in Warsaw Stefaniak said: "we do not anticipate". – On Saturday, another monument will be opened, three times Prime Minister Wincenty Witos, and it will be in Kielce – he emphasized. "I did not hear anyone (with PSL) going to Piłsudski Square," he added.