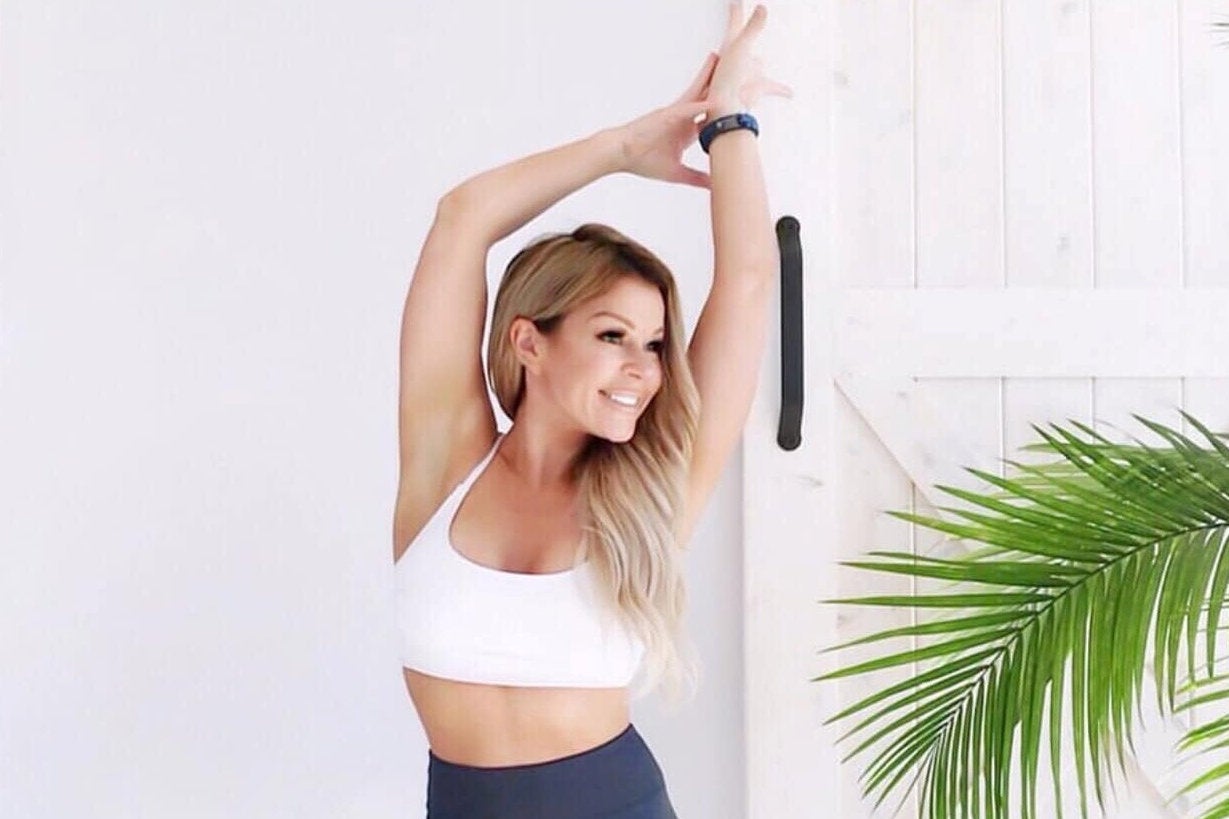 A woman who suffered a stroke after attempting a yoga position returned to the mat just a month later – despite continuing to suffer from memory loss and pain.

Rebecca Leigh, 40, of Gambrills, Maryland, was injured during the filming of a yoga pose tutorial for her more than 26,000 social media followers in October 2017.

According to Leigh, just a few hours after finishing the tutorial, she began to feel weak and her vision began to blur – but she just assumed that the symptoms were caused by herniated disc in the neck.

But it was two days later, when she noticed that her pupils were different sizes, she ran to the emergency room.

"My right eye fell and my pupils were of different sizes," she said. "It was terrifying. It was then that I knew something was very, very wrong. "

In the emergency room, an MRI scan revealed that Leigh had suffered a stroke, a diagnosis that required Leigh to spend the next five days in the neurological intensive care unit so doctors could do the tests.

It was a CT scan that finally revealed that Leigh tore her right carotid artery, one of four arteries that supplies blood to the brain, while making an advanced type of pin called the "hollow" pin, which "requires you to stretch your neck, hips back and arch the bottom of the spine while it's on the head, "explained Leigh.

Doctors have discovered that the tear resulted in a clot in the brain that caused the effusion – and the tear trauma to the artery wall also caused a small aneurysm.

After the injury, Leigh had terrible headaches that made the light unbearable.

"The stroke caused a huge headache, unlike any headache I had ever experienced before," she recalled. "I could not take a shower without help, wash my hair, feed myself or take my lots of life-saving, scary and unfamiliar drugs."

Leigh also experienced a "constant wheezing sound" in her right ear – the "sound of blood trying to get through my artery to my brain."

After a month of excruciating pain, Leigh ended up getting little landmarks, such as sitting up in bed to watch TV or talking on small walks three minutes away.

Shortly after, she returned to her yoga mat, because she knows "if I do not return to my practice relatively soon after my stroke, I would never do it."

Six months later, however, she was still dealing with the effects of the stroke and aneurysm.

"I'm still dealing with some kind of headache, face or neck every day," she said. "My face hurts physically and gets worse just by talking for a few minutes or having a busy day.

"I forget things quickly. I have to ask people to remind me of things they've already told me, something I never had to do before my injury. "

Now, more than a year since her incident, she refuses to let the accident hold her – but wants to inform others who practice yoga to be careful.

"About a year after my stroke, I was about 75% back to where I was before the stroke," she said. "The fact that I can touch my fingers is enough to make me smile.

"I wanted to share my story so that something like this would not happen to any other yogi.If I had read only an incidence of something similar, I would know that a stroke was a very real possibility when I was experiencing my symptoms."

A carotid tear usually results from a neck injury, such as a car accident. According to Cedars-Sinai Medical Center, symptoms include headaches, eye pain, neck pain, drooping eyelids and small pupils, weakness, numbness and other problems.