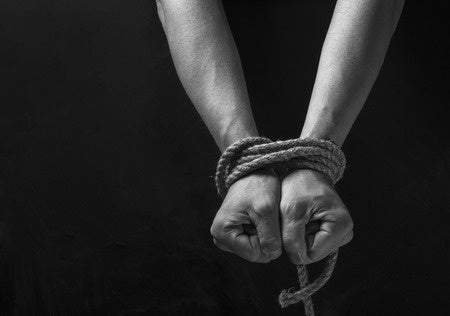 MANILA, Philippines – The Philippines has fully complied with the "minimum standards" for the elimination of trafficking in human beings, according to the US Department of State's "2019 Trafficking in Persons" report.

According to the US State Department, the Philippines stepped up efforts to reduce trafficking in human beings and convicted human trafficking offenders, but they lacked the investigation and prosecution of officials accused of committing trafficking of human beings.

"Although the government meets minimum standards, it did not investigate and prosecute authorities allegedly involved in trafficking offenses, nor criminally prosecuted labor traffickers, nor increased the availability of specialized services for protection and assistance to child victims of sexual trafficking or services for victims male. ", Read the report.

In its report, the US Department of State recommended that the Philippines step up efforts to "investigate, prosecute and convict perpetrators, including complicit officials and labor traffickers."

The Philippines, according to the US State Department, should also increase its support for shelter programs and psychosocial care services for children who are victims of online sexual exploitation and victims of trafficking.

The report also found that forced labor and sex trafficking of men, women and children still represented a significant problem in the Philippines.

Women and children in rural areas, conflicts and communities affected by disasters are the most vulnerable victims of sex trafficking and forced labor, the report said.

Men are also victims of forced labor and debt bondage in agriculture, fisheries and maritime industries, according to the report.

The Philippines, however, has increased its accusation against human trafficking cases with tougher penalties, according to the report.

The Philippine government investigated 407 cases of human trafficking in 2018, compared with 488 in 2017.

The penalties for trafficking in human beings imposed from four years for life imprisonment and a fine ranging from P1 million to P2 million.

The Philippine government has also stepped up its crackdown on human trafficking through the Interagency Council on Trafficking (IACAT), which has implemented a case management system for prosecutors working with 16 anti-trafficking task forces to facilitate process monitoring. (editor: Mike U. Frialde)