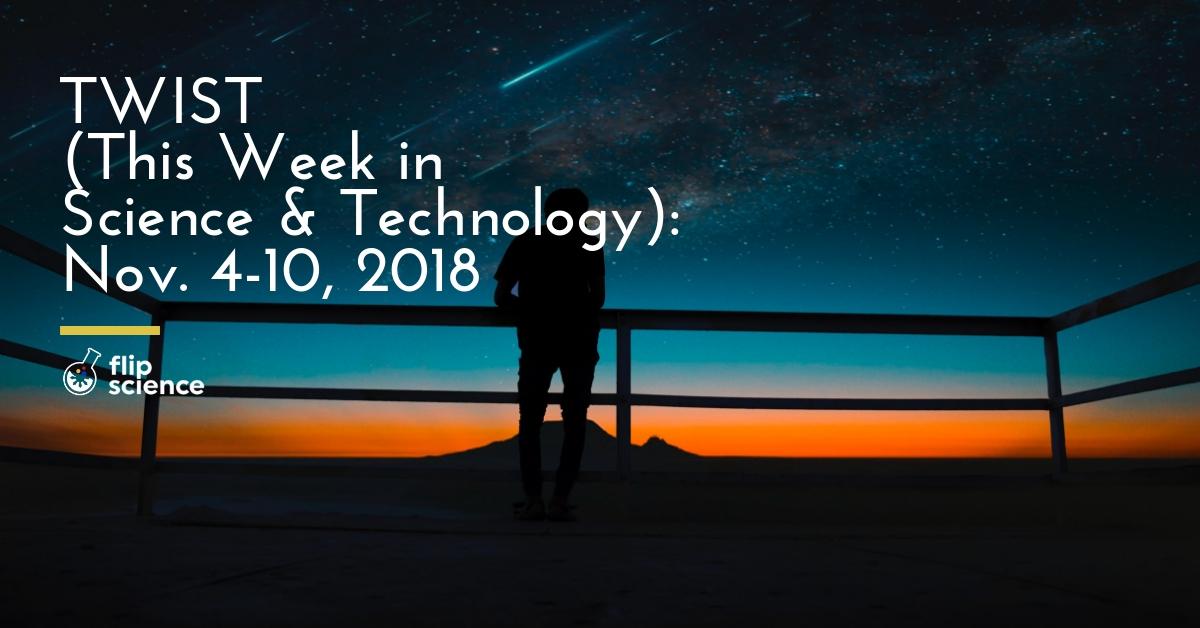 ICYMI: A handful of science and technology updates from November 4 to November 10, 2018.

A team of researchers studied the impact of using wind turbines on the Western Ghats in India. Their findings revealed that the presence of wind turbines disrupted the local food chain, which probably explains the 75% reduction in the presence of predatory birds in the region. Read the full story.

Four basic units of the metric system to be redefined

The General Conference on Weights and Measures (GFCM) announced that four of the base units used in the metric system will be re-evaluated and redefined: ampere, kelvin, kilogram, and mole. This will be done to improve the stability of the measurement and the accuracy of the measuring devices; however, the researchers said that the public probably would not understand or notice any changes. Read the full story.

Using gravity mapping satellite data and seismological information, the researchers detected a "patchwork of ancient key geological features in the Earth's lithosphere" beneath the huge Antarctic ice sheets. "These gravitational images are revolutionizing our ability to study the less-understood continent on Earth, Antarctica," said Fausto Ferraccioli, co-author and scientific leader of geology and geophysics at the British Antarctic Survey. Read the full story.

Where did the oldest natural mummy come from?

The results of an international DNA study may have finally solved an ancient and controversial mystery: the famous mummy Spirit Cave – the oldest natural mummy in the world – was a Native American. These findings also dispel the theory that before the Native Americans a group called Paleoamericans occupied North America. Read the full story.

Tropical forests in Peru damaged by years of gold mining

New research reveals the devastating impact of small-scale gold mining on Peru's environment. According to the new analysis, five years of mining activity in the region resulted in the destruction of more than 170,000 acres of primary forest in the Peruvian Amazon. Read the full story.

The origin of Earth's water: solar gas and dust?

According to a new study, Earth's water may have come from a cloud of gas and dust around the sun. In addition to the rocky asteroids that scientists believe has carried hydrogen to the planet billions of years ago, the solar nebula may also have contributed significantly to Earth's hydrogen. Read the full story.

Nexvax2, an experimental vaccine for celiac disease developed by the biotechnology company ImmusanT Inc., will undergo a new clinical test. The treatment is said to be a type of immunotherapy aimed at reprogramming the immune system and improving tolerance to gluten. Read the full story.

Bitten by scientific writing, Mikael has years of writing and editorial experience in his resume. As the editor-in-chief of FlipScience, Mikael vowed to help make science more fun and engaging for both nerd readers and the casual audience.