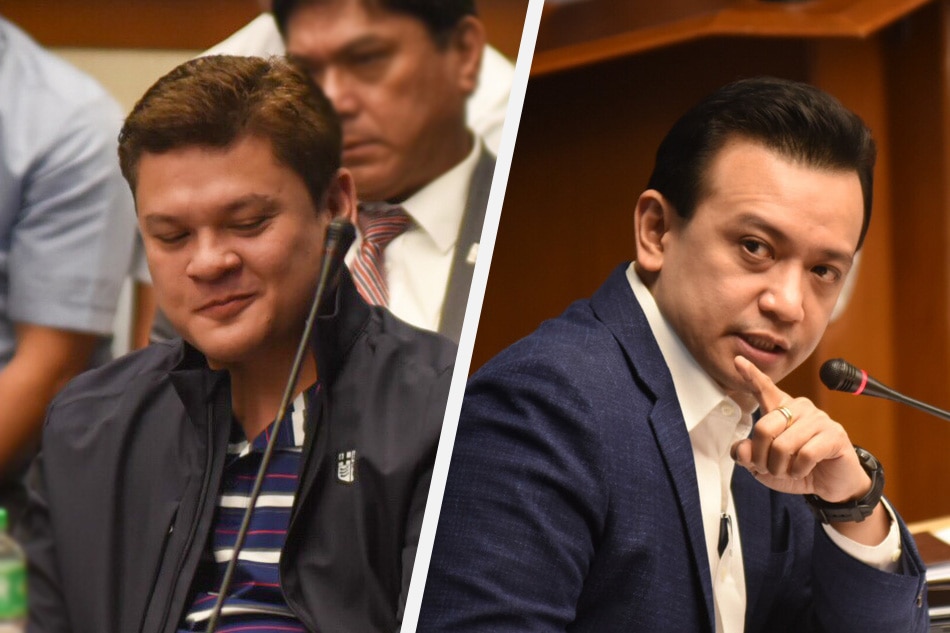 In a statement, Trillanes congratulated the people behind the videos that allegedly linked the Duterte family to illegal drugs. "Having said that, I would really like to be a part of the videos so I could enjoy those moments, but unfortunately I'm not," he said.

He again criticized President Duterte, saying that the truth "finally came to haunt him." He also challenged the president to sign a waiver of bank secrecy to prove he is not corrupt.

He also renewed his challenge to the president's son to show off his tattoo on his back. "Ikaw naman Polong, ipakita and na dang moang pang art," he said.

In the video posted on YouTube, a certain "Bikoy," allegedly a former member of a drug syndicate, claimed he had "tare" or grease money records allegedly deposited in the accounts of traffic bosses codenamed "POLODELTA- TSG01 "and" ALPHA TIERRA-0029 ".

He said that the tara records began in the year 2010.

He said the accounts "POLODELTA-TSG01" allegedly belong to former deputy mayor Paolo Duterte, while the "ALPHA TIERRA-0029" accounts allegedly belong to the Assistant Secretary of Agriculture Waldo Carpio, a brother of Manases Carpio who is the President's son-in-law and husband of the mayor of the city of Davao, Sara Duterte.

The narrator of the nearly 7-minute clip claimed P170 million and P210 million were transferred to the alleged account of Paolo Duterte under an international bank in 2018.

In the video, Bikoy said he personally saw Paolo's dragon tattoo, which allegedly has the alphanumeric code used by the former vice mayor on his tara.

The narrator of the video then challenged Paolo to show his tattoo once and for all.

They faced off in a Senate hearing in 2017, where Trillanes asked Duterte to show his tattoo on his back, purportedly from a "dragon-like and colorful figure," but the deputy mayor declined, claiming his right to privacy.

The senator, a longtime critic of the president, said he obtained the "intelligence information" that the young Duterte was part of a triad of drugs from a foreign source he did not mention.

The former deputy mayor sued Trillanes for defamation of the allegations.

In a statement, Paolo Duterte again refused to show his tattoo on his back.

"I'm not going to show the tattoo on my back and make things easier for Mr. Trillanes. Instead, I dare him and all who are behind the stupid and empty video to support their claims against me, "he said.

The president's son is running for the first district of the Davao City representative in the May elections.