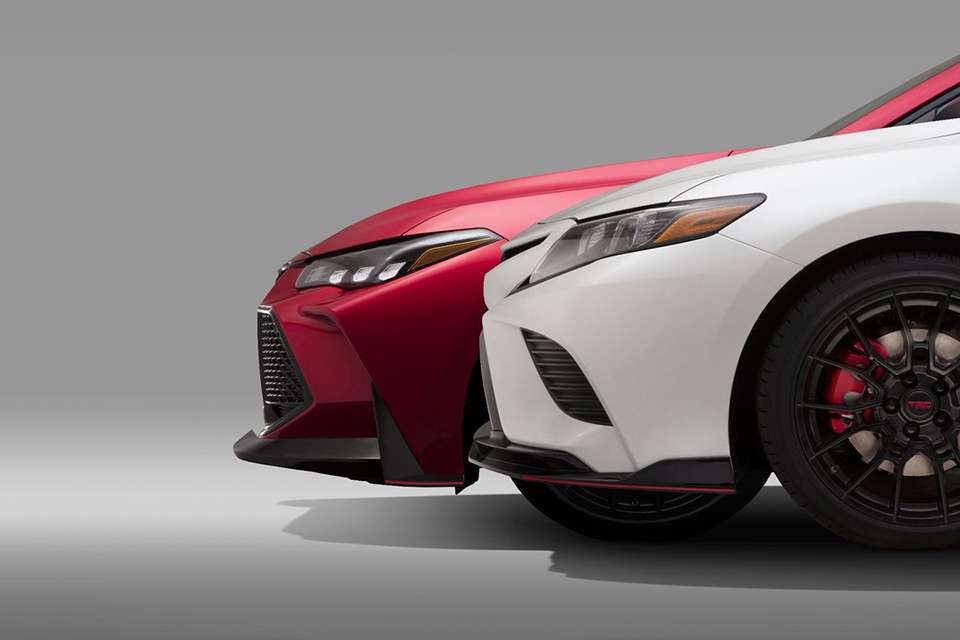 Have you always wanted a more energetic Camry? You're in luck, as Toyota (with the help of TRD) is preparing something special at this year's Los Angeles Auto Show. Set to make its official debut in City of Angels is what appears to be high-performance versions of the new Camry as well as the Avalon.

Toyota USA recently published a teaser photo in Twitter which showed the two sedans side by side. While we were only able to see a portion of the TRD Camry and Avalon, it is clear that TRD was busy working its magic on both cars. For starters, the two four doors come with a more sporty front bumper, a red-trimmed chin spoiler and TRD alloy wheels.

Although it may seem that the TRD Avalon and the Camry only get a package appearance, we would not be surprised if the TRD was also occupied under the hood and the chassis as well. The 3.5-liter V6 in both cars can get extra horsepower and torque for more get-up and goes. A TRD sports escape can also be part of the upgrade so that it breathes better and releases a more sporty sound. Both cars can also come with better handling if the TRD decides to readjust the suspension for sharper turns.