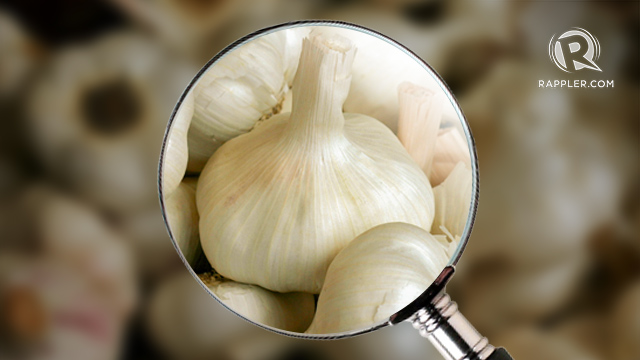 LOADED. Sandiganbayan finally accused the former Secretary of Agriculture, Proceso Alcala, former government officials and traders of garlic with grafting after trying to control the supply of garlic in 2014. File photo of the Rappler

MANILA, Philippines – Sandiganbayan accused the former Agriculture Secretary, Proceso Alacala, other government officials, and garlic traders for their role in allegedly creating a cartel of garlic during the previous administration.

Sandiganbayan said that Alcala, Clarito Barron, director of the Factories Office, and private traders were found to be violating Section 3 (e) of Law 3019 of the Republic or the Anti-Graft and Corrupt Practices Act. (READ: Chief Agri is the highest paid cabinet clerk)

Also charged were the former heads of the National Quarantine Services Division, Merle Palacpac and Luben Marasigan, who participated in the import process.

This follows a resolution of April 20, 2018, in which a panel of investigators likely brought criminal charges against Alcala and others interviewed for allegedly attempting to control the garlic supply in the months of January to July 2014. (READ: The ombudsman investigates Alcala for cartel fraud of garlic)

It was only on March 12, when ombudsman Samuel Martires allowed the prosecution. Days later, on March 15, the corruption investigation and prosecution Bonifacio Mandrilla filed charges against those interviewees.

Some private traders named by Sandiganbayan were:

These respondents received bail of P30,000 each.

Martires said the collusion began in 2010 when Alcala formed the National Garlic Action Team (NGAT) to approve resolutions. The team consisted of individuals from the government and the private sector.

Alcala endorsed these resolutions for Barron, who then issued import licenses (IP), following the recommendation of the two former quarantine officials.

However, the researchers found that NGAT was very influential and affected the importation of garlic. Lilia Cruz, who had been appointed chair of the NGAT, used her position to have her groups take control of the supply, as well as the price.

Of these applications, 5,022 IPS were from companies or companies affiliated with Cruz, added the Ombudsman.

The investigation panel found that, during the supposed period when the cartel was active, imported garlic prices rose from a range of P165 to P170 to P260 to P400 per kilo.