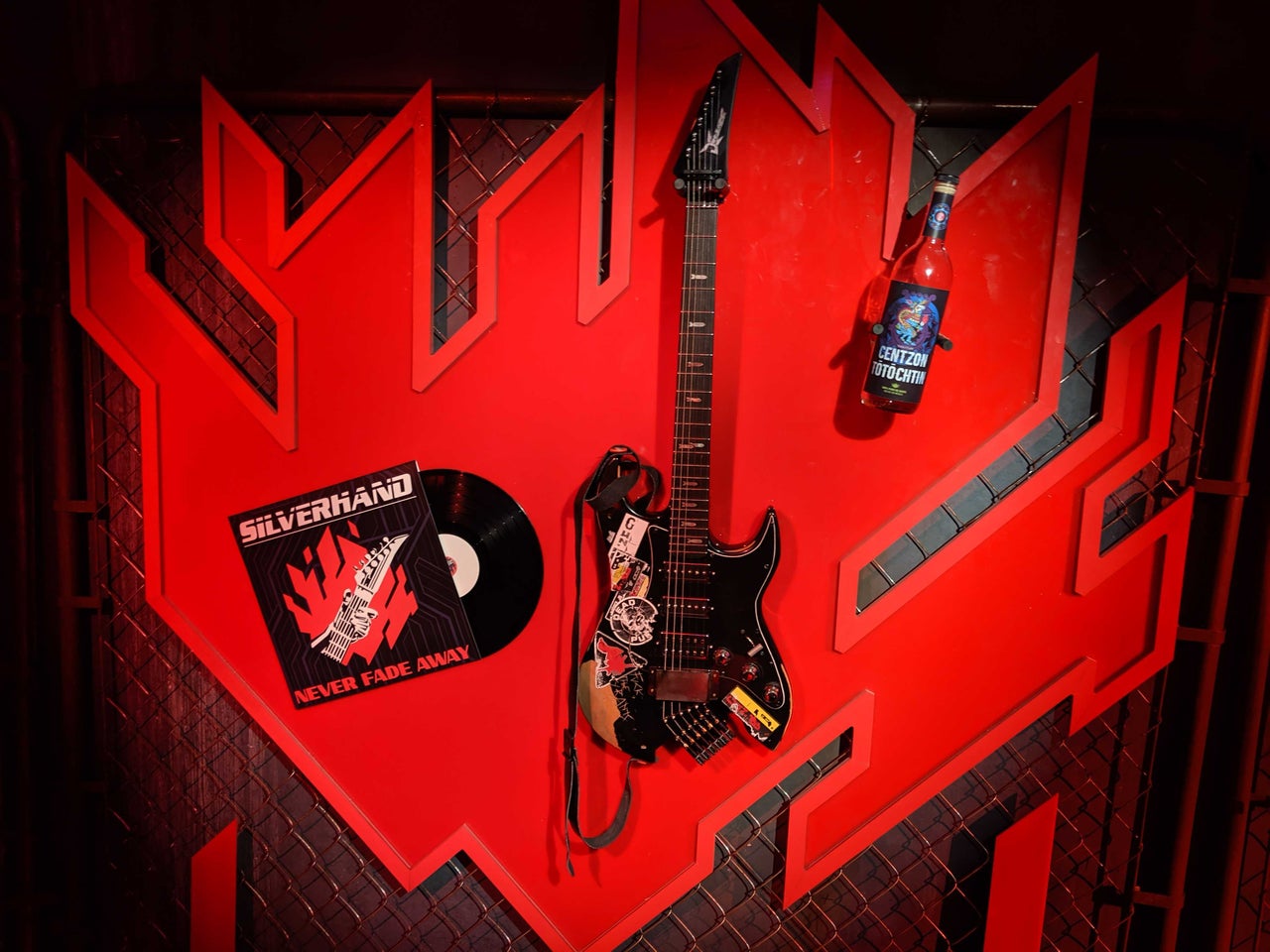 Even crazier than last year.

Last year, the E3 demo of Cyberpunk 2077 made us visit (IRL) a trendy nightclub overlooking Night City. This year, it takes us to a dirty underground wall-to-wall dive, with striking references to the dystopic future of CD Projekt Red.

The club appears to be called Totentanz, in German for "The Dance of Death," and features posters of all kinds of live performances, as well as a "once owned" guitar by the man himself, Johnny Silverhand.

Check out the club in the slide show above and get all the details of the new gameplay from this year's E3 demo here.

JR is the Senior Features Editor of IGN and will steal this guitar. He'll probably be caught posting about it on twitter.