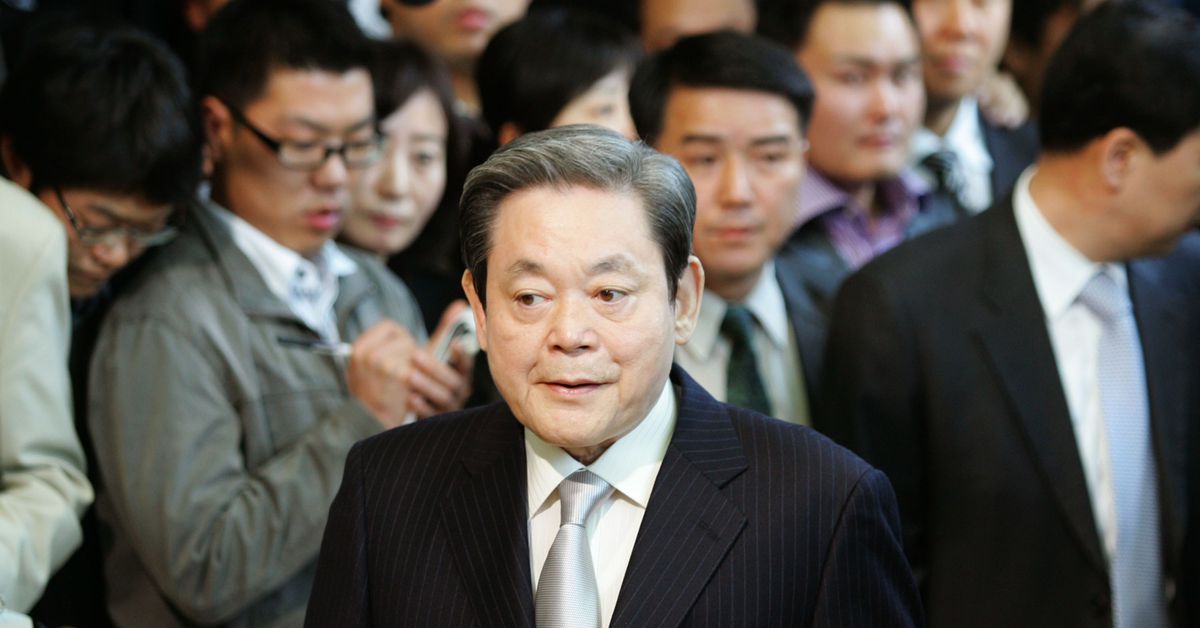 Samsung Electronics announced the death of its president, Lee Kun-hee. The company says he died on October 25 with his family, including his son, Vice President Lee Jae-yong, at his side. He was 78 years old.

The cause of death was not reported, but Lee was incapacitated for many years after suffering a heart attack in 2014, which led him to withdraw from public life. Lee Jae-yong, also known as Jay Y. Lee, was widely held responsible for his father’s passing and has been seen as the de facto leader in recent years.

“The motivating engine of the company’s vision”

Lee Kun-hee was a controversial figure who played an important role in bringing Samsung from the manufacturer of cheap TVs and appliances to one of the most powerful technology brands in the world. He became the richest man in South Korea, with the Samsung group contributing about a fifth of the country’s GDP. In its statement, Samsung states that Lee’s “new management” declaration in 1993 was “the driving force behind the company’s vision to provide the best technology to help advance global society”.

Lee also encountered legal problems. He was found guilty of bribing President Roh Tae-woo through a secret fund in 1995 and tax evasion and embezzlement in 2008, but was formally pardoned for each conviction. The second pardon came in 2009 and was done “so that Lee could retake his place on the International Olympic Committee and form a better situation for the 2018 Olympics in Pyongchang,” said the Minister of Justice of South Korea at the time.

Lee’s passing will reignite inevitable speculations about the succession process. Although Lee Jae-yong was prepared to become chairman of the council, he has had his own legal problems since his father’s disability, spending nearly a year in prison for his role in the corruption scandal that toppled the former South Korean president. Park Geun-hye. South Korean law also means that anyone who takes over Lee’s assets will have to pay several billion dollars in inheritance tax, which could force them to reduce their stake in the company.