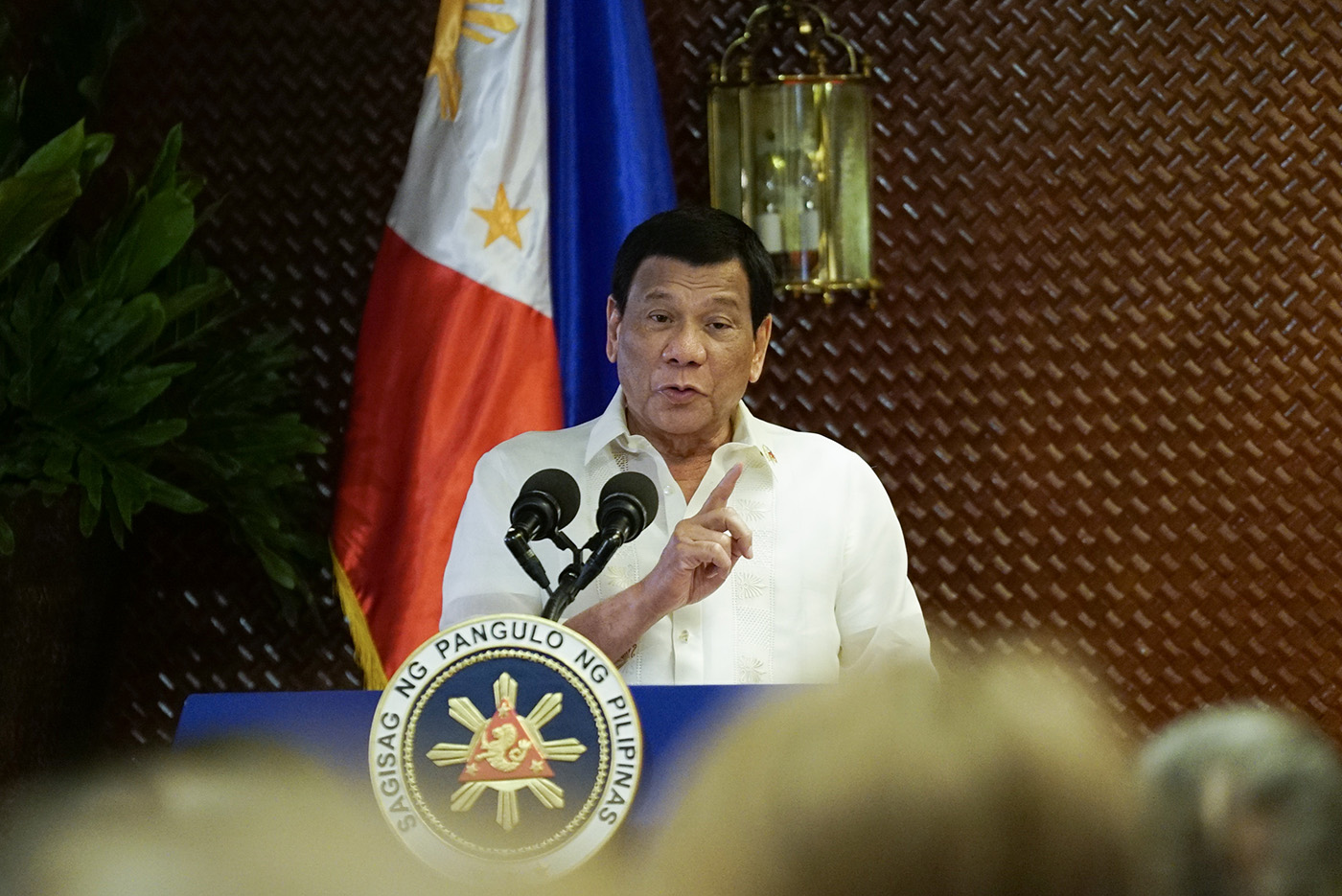 Duterte also warned officials of the Metropolitan Water and Sewage System (MWSS) that they would be fired if he was not satisfied with his actions to deal with the water shortage.

"In a stern message delivered without even once looking at the authorities, the obviously outraged president threatened to lay off MWSS officials and terminate dealership contracts," the president's spokesman, Salvador Panelo, said on Wednesday. Panelo was present at the meeting held in Malacañang.

The president ordered the officers to submit a report by April 7, after which he would decide to fulfill his threat to cancel the Manila Water and Maynilad contracts and to dismiss MWSS executives.

The meeting, according to Panelo, was mainly a "presidential monologue" in which an infuriated Duterte blamed Manila Water, Maynilad and MWSS for "not anticipating" the water shortage.

The Chief Executive told them he would not listen to his explanation as to why there was water shortage as such, they would be just excuses. They just did not do their job. "All they like is to make profit from the people's water" and to their suffering as well. The president said that they could have simply anticipated such shortages and could have done something about it, "Panelo said.

"He said authorities knew of the problem that led to the water-flow stoppage, but they did not decide to prevent that from happening," the spokesman added.

Last Friday, March 15, Duterte had ordered MWSS to tell Manila Water and the other concessionaire, Maynilad Water Services, to release water from the Angat Dam for 150 days or to face their anger.

The MWSS administrator, Reynaldo Velasco, reacted to the request saying that it seems that Duterte received the wrong advice. The presidential order, he said, was impossible to implement, since it requires the release of 600,000 million liters per day (equivalent to a 150-day water supply), which can not be done with the current infrastructure.

The current supply shortage was caused by the La Mesa Dam drying up and the water failing to reach the gates of the aqueduct. (READ: Manila Water Supply Crisis: What We Know So Far)

At a Chamber hearing held on Monday, March 18, Manila Water's executive director Ferdinand dela Cruz said it restored water supplies to 80 percent of the East Zone, or about one million customers.

The concessionaire also gave assurances that your services will return to normal until the last week of May. (READ: Lawmakers seek reimbursement after Manila water shortage) – Rappler.com