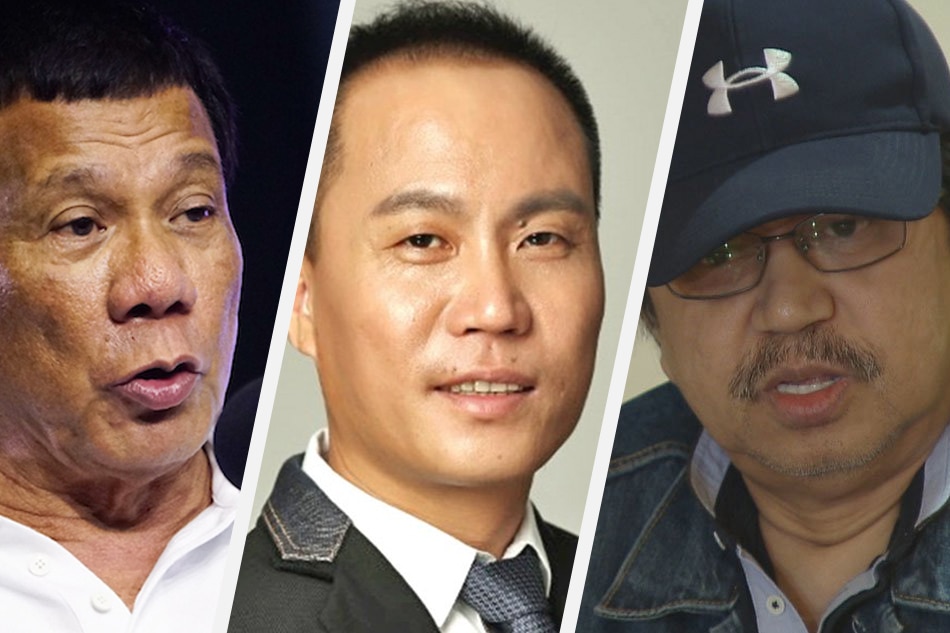 Former police officer Eduardo Acierto on Monday accused Yang of involvement in the illicit trade against which the president is waging an implacable war.

Acierto said he sent an intelligence report as early as 2017 to his superiors detailing Yang's alleged drug ties, but said that was ignored. This, he said, led him to conclude that Duterte tolerated Yang's alleged illicit activities.

In a speech a day after Hitler's revelations, Duterte told the public not to believe anything of the former police officer, noting that he was dismissed for his involvement in the anomalous issue of 1,004 rifles that ended in the hands of the New People's Army (NPA) . rebels

(Why do not I ask the police, "Why is that gang still alive?" He was the guy who imported about a thousand AK-47 rifles and handed them to the NPA.)

Duterte also stated that Hit was being used by members of the opposition, whom he labeled as "yellows," in reference to the color associated with the opposition Liberal Party.

"Ginagamit sa mga ngayon yellow, but andyan lahat," Duterte said, handing over to local authorities copies of what appeared to be a dossier linking Acierto and other former police officers to drug trafficking.

He also accused Hit of being involved in ransom kidnapping activities as well as the murder of Korean Jee Ick-joo inside Camp Crame in 2016.

In October last year, Duterte released Yang from any involvement in the illegal drug trade and said the Chinese ambassador to the Philippines, Zhao Jianhua, has secured the integrity of the businessman.

About the same month, he ordered the release of a dossier linking Acierto and other former police officers to the illegal drug trade.

In his address late Tuesday, Duterte said again that Yang was a simple businessman and that the alleged association with senior Chinese officials, including Prime Minister Wang Yi, should speak volumes about his integrity.

The president's spokesman, Salvador Panelo, said that if the allegations against Yang are true, "this president will not tolerate anyone, regardless of his stature or relationship with him."

But for now, "unless you can prove that he (Yang) is involved, trust and confidence [of the President] remains, "added Panelo.

Duterte denied in October last year that he appointed Yang as economic adviser. However, a month later, Panelo admitted that Yang was indeed one of the president's "economic advisers."

Yang was seen in several photos during visits to the Palace, as well as Duterte's visit to China in 2016.

Opposition Senate bets have asked Ombudsman Samuel Martires to investigate Duterte and other administration officials in the light of the Allegations against Yang allegations.