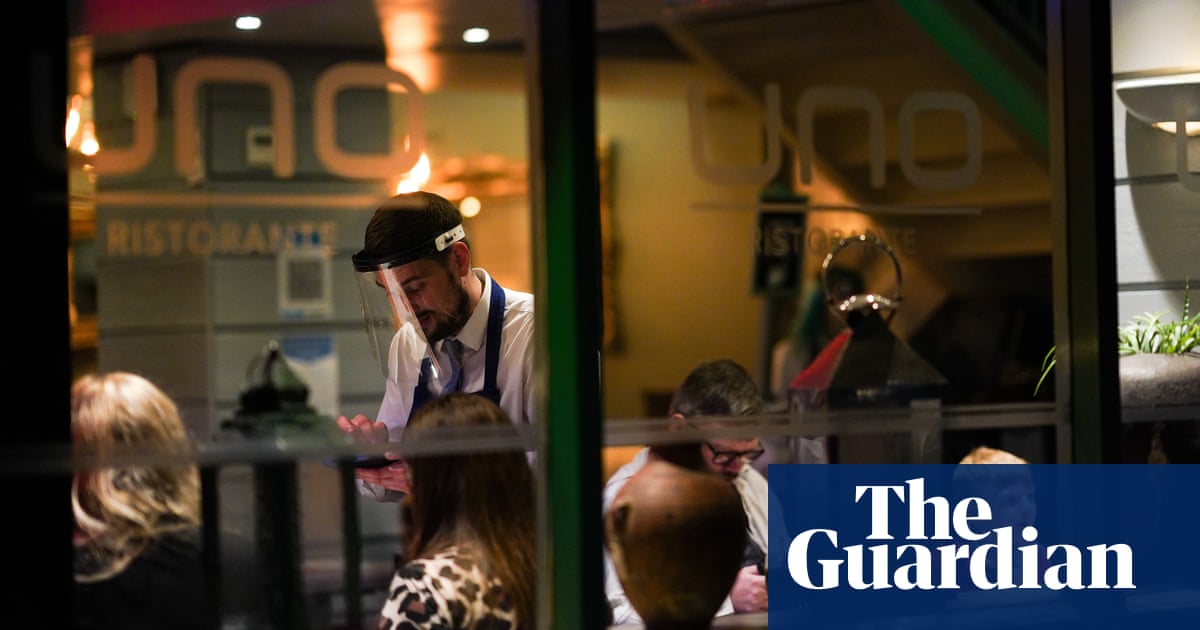 As a legal condition introduced last month, sites are required to record customer details in an effort to stem the spread of Covid-19, but the government’s testing and tracking scheme seemed unable to handle the growing number of cases of coronavirus.

There are fears that the apparent failure to use the data means that local outbreaks have worsened when they could have been suppressed, but the hospitality sector highlighted data from Public Health England last week, showing that the sites were associated with only 2, 7% of new outbreaks.

If government public health officials believe that a location is linked to an outbreak, they can request customer records and send a “warn and report” message to app users who attended the location at a similar time based on when checked in. It is separate from the general contact tracking element of the app, which relates to individual cases of close contact.

The commercial entity Hospitality UK said a survey of 568 companies, covering 12,500 locations and 250 million customer visits, suggested that 104 cases have been processed since the summer reopened.

Airship, a data processing company whose 340 customers include Wetherspoons, Costa and Pret a Manger, said it recorded more than 18 million visits to 10,000 locations, but only received about 50 requests for data after the locations were contacted by health workers.

“It seems that there has never been a system to use any of this data to try to prevent the virus from spreading. It’s a missed opportunity, ”Airship chief executive Dan Brookman told the Times. “It seems to have been an exercise in checking a box, another noise to give the impression that an action was being taken, but in fact no action was taken.”

Wetherspoons, which has 850 pubs, would have received 35 of the orders. A spokesman said: “The data is securely stored for a period of 21 days in accordance with GDPR requirements and is then deleted. It is only released for testing and tracking by the NHS or other legal authorities upon request. “

Wireless Social, whose customers include Fullers and Yo !, said it recorded more than 3 million customer data, but did not receive any data requests. He described the testing and tracking system as a window decoration.

The company’s chief executive, Julian Ross, said: “I don’t believe they had an infrastructure in the background that was ready to process this data.”

Software developer HGEM, which has developed a secure testing and tracking solution used by BrewDog, among other customers, also said it did not receive requests.

“It became evident that an ever smaller proportion of the data collected was requested for contact tracking, possibly due to its inaccurate nature,” said the company’s managing director, Steven Pike.

Some locations require customers to check in on arrival using the QR code, but others have taken brief details on pieces of paper and some have not taken any information.

Hospitality UK CEO Kate Nicholls told the Times: “The limited number of contacts from health officials is proof that we are not the problem.”

The Department of Health and Social Care said: “Keeping records of employees, customers and visitors is vital to help the NHS test and track to identify and contain Covid-19 groups or outbreaks linked to specific locations.”

“Since September 11, companies that are already using their own QR system have been asked to switch to the NHS test and to track QR codes compatible with the Covid-19 app. An alternative check-in method must be maintained to collect contact details for those who do not have the app or do not have a smartphone. “

It is understood that NHS testing and tracking will make an assessment and work with the locals to understand what actions need to be taken. Site alerts would only be sent to users if local health experts determine that this is necessary, as if there is an outbreak linked to a site.