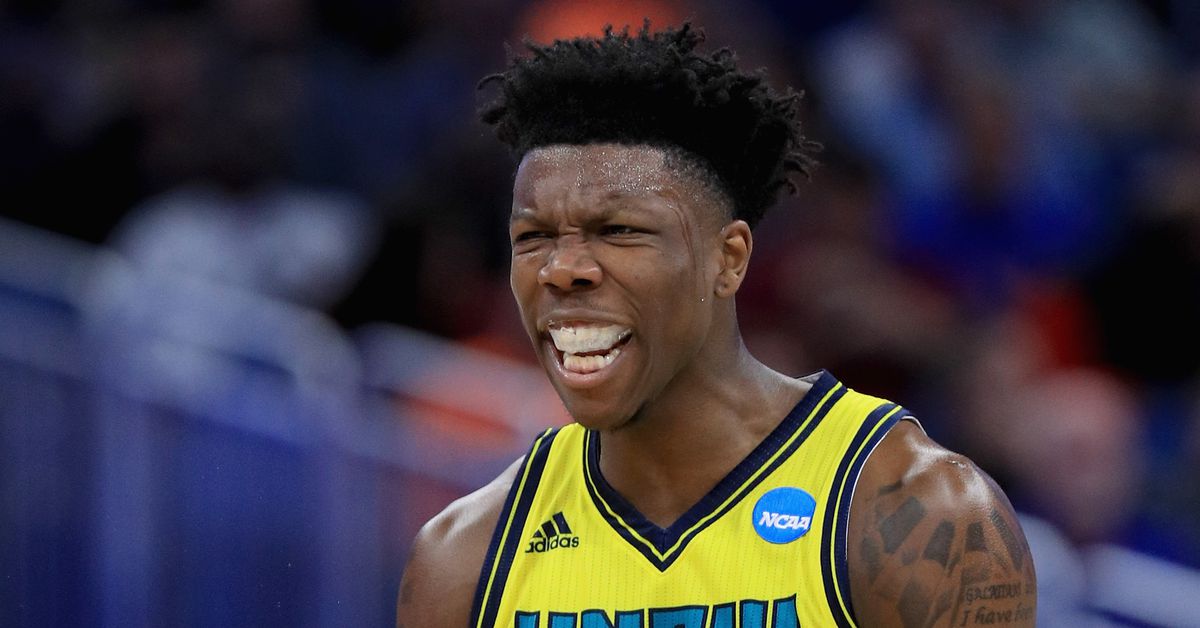 The Los Angeles Lakers may have bought just one pick in the 2019 NBA Draft, but have not yet finished adding newbies to its roster. According Jonathan Givony of ESPNthe Lakers will sign with UNC Wilmington's Devontae Cacok, a 6 & # 39; 7 "no-contract center for an Exhibit 10 deal, which would allow them to convert their contract into a bilateral contract or give it a bonus if it is to the training field. is cut off and joins his G League team.

And for those who ask themselves: no, the "6 & # 39; 7" center was not a typo. Although clearly small for a large man, Cacok's numbers keep with the rest of his peers.

However, as many notable compliments as it has, there is a reason why it has been undrafted.

Like most large, athletic men, Cacok struggles to defend in space and has an especially hard time defending without getting dirty. In two of Cacok's four years at UNC Wilmington, he led the CAA in personal fouls. If he wants to stay on the next level, he will have to improve the leaps and ravines on the defensive side.

Offensively is where it has more potential. While Cacok can knock down slam dunks with the best of them, he also has a nice, soft touch around the rim. He also demonstrated the ability to be a pick-and-pop threat from within the 3-point lineup. If he can extend his reach behind the bow, his roof will have a good boost.

Lakers fans will likely see their first visit to Cacok and the second round draft pick Talen Horton-Tucker in the California Classic NBA Summer League Tournament in July, and after that in the Las Vegas Summer League. Expect more additions to the summer league list in the next few days.

All statistics are courtesy of sports-reference.com. For more Lakers talk, subscribe to the Silver Screen and Roll podcast feed iTunes, Spotify, Seamstress or Google Podcasts. You can follow Christian on Twitter at @RadRivas.