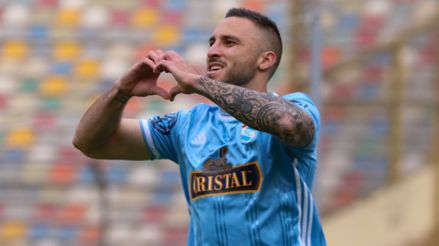 Sporting Cristal vs Carlos Stein They face each other this Friday, October 30, at the Monumental Stadium. The duel corresponds to the second day of Group A of Phase 2 of Liga 1 Movistar and will be held from 3:30 pm (Peruvian time). The radio broadcast will arrive at RPP, via FM 89.7, you can check it at Gol Peru and all the details of the meeting are on the RPP.pe website.

If there is a team designated to fight against Universitario during Phase 2, it is Cristal and precisely both share Group A. The Rimenses have in mind to reach the play-offs for the national title and there are two fronts where they can access: winning their group or accumulated.

Roberto Mosquera’s men began to beat Cienciano, a match they managed to pass and where the entry of captain Jorge Cazulo, author of the final goal of the victory, was vital. The ‘Piqui’ is one of the unknowns of the eleven stars, as it would be up to the coach to decide whether to keep the trident in midfield with Távara – Calcaterra – Gonzales.

But his rival is the one who, while struggling to escape the relegation zone, started Phase 2 with a victory over Cantolao, which allowed him to temporarily leave the group of losers in the category.

In addition, Carlos Stein already knew how to complicate Sporting Cristal and win it in the last game of Liga 1 before the stoppage due to the coronavirus pandemic, a comparison that occurred in Alberto Gallardo himself.