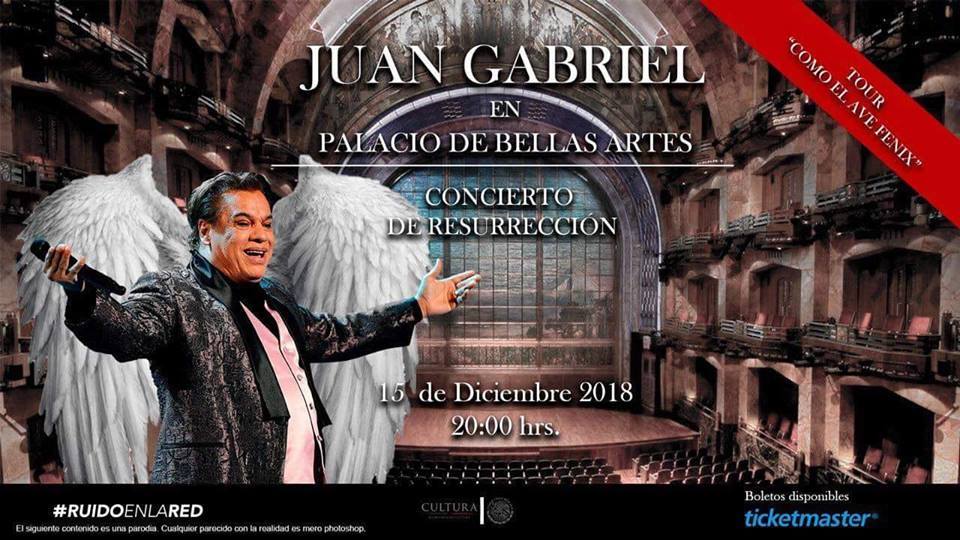 For much of Friday, news that caught the attention of millions of Internet users in Mexico, the United States and Latin America was news that Mexican singer Juan Gabriel was "not dead" and was preparing a " return triumphant ".

This undoubtedly began to become relevant as soon as it appeared (as in most notes of this type), since Joaquin Muñoz, former collaborator of the singer from Michoacán, presented his book in which he spoke about his experiences with the performer "Noa" . Write a review!

However, there are several things we can detect behind this trend in social networks:

In the first hour since its appearance, the trend Juan Gabriel quickly positioned itself as the main trend in Twitter, reaching 976 thousand 836 accounts reached and one million 121 thousand impressions, with 100 tweets per hour, according to Tweet Reach data.

On the other hand, users began searching the Internet for incidents related to the "Divo de Juárez", where Mexico City, Nuevo Leon, Chihuahua, Chiapas and Durango were the entities with the highest results, according to data from Google Trends.

In addition, a false poster of the "Concert of Resurrection" began to be shared on December 15 at the Palace of Fine Arts.

Where does the false news come from?

According to a study by the Massachusetts Institute of Technology (MIT), published in the journal "Science", "Fake News" on Twitter "flew farther, faster, more people and with more impact than the truth in all categories of information. "

Experts have calculated that on average a false news takes 10 hours to reach 1,500 Twitter users, compared to 60 for a real story. In addition, the false news reaches, on average, 35% more people than certain stories.

In the same period, according to Comscore data, in Mexico the most used social network is Facebook, because every 100 times a button is pressed in any of the social networks that have presence in the country, 95 appear on this platform, this makes the network and is also one of the platforms where the most false news moves.

Why do people believe in fake news?

"Share it before deleting it," "What the government does not want you to read," "This information you'll never see in the media," they track many false news on social networks and create doubts in users because there is a distrust of government and so-called traditional media.

These three hooks serve precisely to increase the virality of the news.

The first and most obvious step is to check sources and data for all the publications we read or see. Know who you are and where the information comes from. But still people refuse to accept the facts.