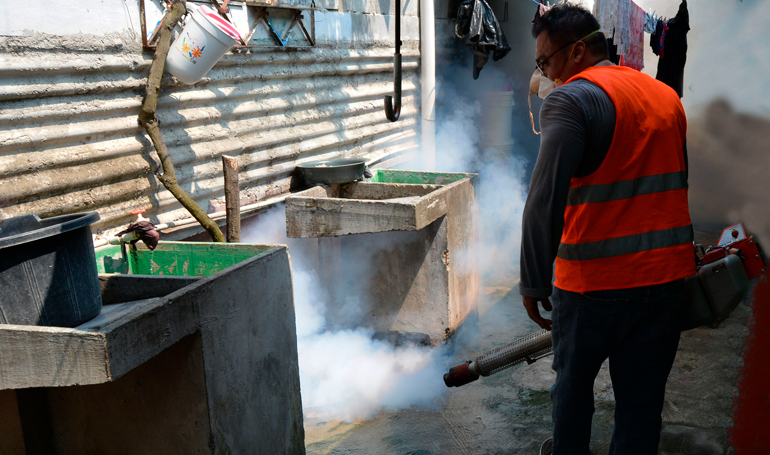 As of today, cleaning operations and fumigation days will be carried out permanently in the country's 18 departments, work to be carried out jointly by the central government and municipalities, Health Minister Alba Flores announced in the presence of press in the Presidential House.

The measure was adopted after a meeting of the Council of Ministers, the secretaries appointed by President Juan Orlando Hernandez to the issue of combating dengue in each of the departments of the country informed the President of the details of this health problem facing the Honduran population today .

In addition, the official added that he has also been instructed at the local level so that first-class health facilities extend their service hours late into the night and ensure supplies and remedies exist for patients to receive timely care. .

"From this day on the workers are permanent and sustained, and this means that families will be responsible from this moment on because the disease can only be fought if the mosquito is eliminated and we find that 80 percent of the mosquito hatcheries are in the houses "explained the head of Health.

Flores recommended that each head of household spend a few minutes each day looking for potential hatcheries in the lots and backyards, in addition to meeting with their neighbors to perform collective cleanings.

"Dengue and death can only be eliminated from the environment if we eliminate mosquito breeding sites, which is why we make the energy call for the population, they have to pay close attention to this, since the killer may be at home," he warned.

Task of the municipalities and Sinager

Interior Minister Héctor Leonel Ayala said that precise recommendations were made to the municipalities so that they could proceed immediately to create ordinances for the cleaning of any vacant lot, since weeds with humidity are also a potential breeding ground for the mosquito.

"We are convinced that only a people aware of what is happening is capable of facing this situation," said Ayala, pointing out that the country's 18 departmental governments are working together to address the scourge.

The Commissioner of the Contingency Standing Committee (Copeco), Lisandro Rosales, reiterated that the National Risk Management System (Sinager) continues to give full support to the Ministry of Health with all preventive actions to prevent the loss of human lives.

"Both the Family Guides, Best Families, Civil Protection and Green Code officials are available to support them in all necessary activities and thus reduce the incidence we have of dengue," he added.

"Dengue kills, and for us to eradicate it, every Honduran must help reduce that incidence, which can cause us much mourning and pain in the family," Rosales said.