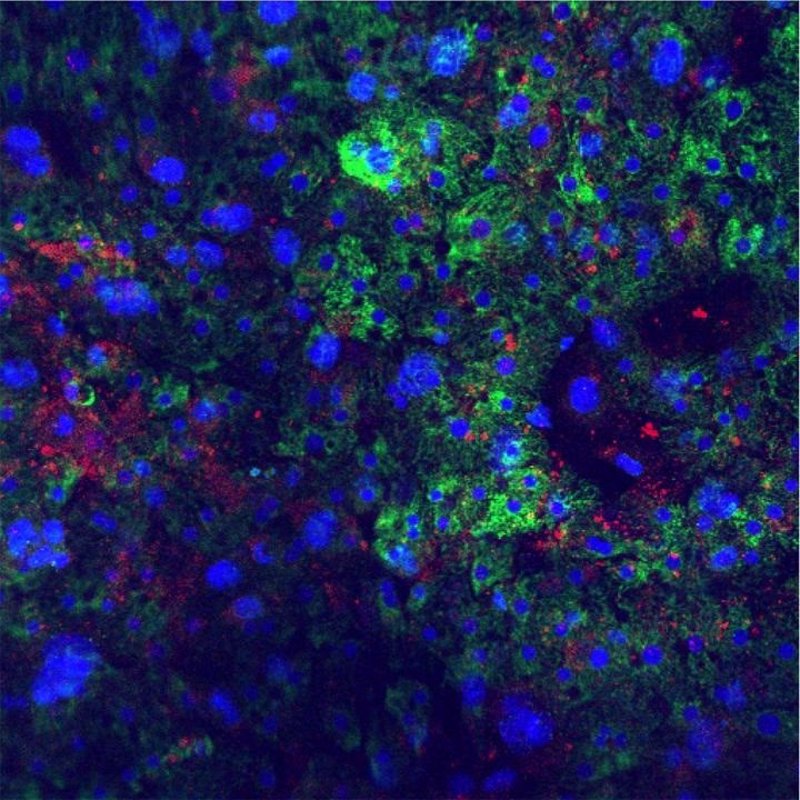 Researchers at Princeton University have developed a new scalable cell culture system that allows detailed research into how hepatitis B virus (HBV) and delta virus (VHD) can infect liver cells.

HBV causes an acute disease that is usually rapidly eliminated by adults with an intact immune system, but young children and people with HIV are at particular risk for chronic HBV infection, which can lead to cirrhosis or liver cancer.

HBV infection also makes a person vulnerable to HDV infection, which can cause acute liver failure and / or accelerate the progression to cirrhosis or cancer. Fortunately, there is an effective vaccine against HBV and, since HDV requires HBV to reproduce, both can be considered as preventable diseases. However, the cost and limited availability of the vaccine leave millions of people at risk of infection worldwide.

A better understanding of how viruses affect the cells they infect would help in the development of drugs to fight or even cure infections, but HBV and HDV only infect the liver (hepatocyte) cells of humans and chimpanzees.

These cells are difficult to obtain, and when they are grown outside the body in a cell culture, they undergo a process called differentiation, which causes them to lose their characteristics and functionality in a few days. When this happens, they also lose the ability to become infected with HBV and VHD, which creates a major obstacle to the study of chronic viral infection.

"Attempts have been made since the mid-1980s to establish a robust and, more importantly, persistent infection in primary human hepatocytes (HAP) with limited success," explained the researchers, whose work was published. in the journal & quot; Hepatology & quot ;.

In the new study, they investigated how hepatocytes respond to HBV and HDV infection. First, they tested whether SACC-PHH can support infection with both viruses, finding that these two scenarios may occur in SACC-PHH, even when the culture system was reduced to small 384 microwell culture plates, a development that makes The system is suitable for screening high-yield drug candidates.

To explore the changes that hepatocytes undergo in response to HBV / VHD infection, the authors analyzed which genes were expressed using a technique called RNA-Seq analysis. The data showed that HBV infected cells exhibit high expression of the genes involved in oxidative phosphorylation and interaction with the extracellular environment. In contrast, cells also infected with HDV had similar gene expression patterns to uninfected cells.

Interestingly, although the innate immune signaling pathways of hepatocytes were intact and could be stimulated by the addition of chemicals such as poly, HBV infection did not activate these defenses. On the other hand, treatment with poly helped to suppress the growth of HBV, suggesting that the virus flies under the radar of the cell defenses to establish a persistent infection.

"We believe that our optimized, high-performance SACC-PHH platform is an exclusive resource for the investigation of hepatotropic pathogens and that our data will help us better understand persistent infections with HBV and HDV," the researchers concluded.