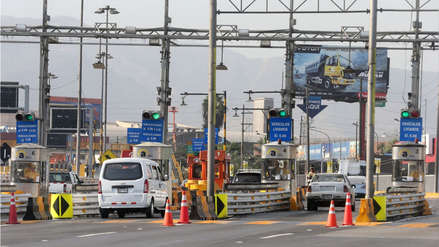 The Rutas de Lima consortium, the concessionaire for the "Vías Nuevas de Lima" project, which operates part of the Panamericana Norte, Panamericana Sur and part of the Ramiro Prialé highway, reported that as of November 20 a new S / 5.50 rate will be applied at the two trunk collection centers located in Pucusana and Chillón (only south to north), as well as the access points to the highway. Currently, the concessionaire does not have a toll on the Ramiro Prialé highway.

Jaime Daly, general manager of Rutas de Lima, explained that this is the last of the three increases in the toll price included in the 30-year concession agreement signed with the Metropolitan Municipality of Lima. He added that this last stretch of the tariff increases was planned for December 2017, but was postponed at the request of the commune.

In the five years of the concession, Rutas de Lima S / 971 million, of which 51% were invested in operation and maintenance and provision of services to the user, while the remaining 49% were used to pay interest on the debt acquired.