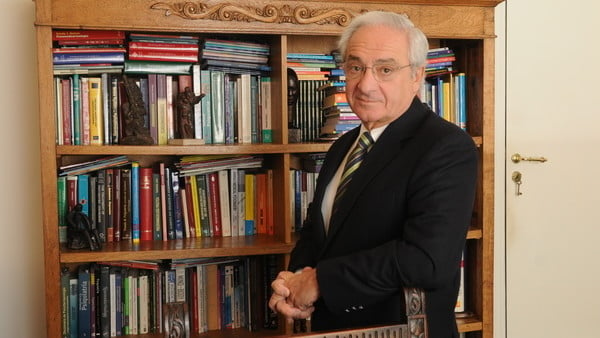 My daughter is 32 years old and has been taking lithium for 10 years because she suffers from a Bipolar I Disorder that has stabilized. The remedy has produced hypothyroidism and nodules in the thyroid, and there is a clash of opinions between the psychiatrist and the endocrinologist. Nerina L. de Z., Junín

What did we eat this weekend? | Recipes, secrets and good food tips.

The correct function of the thyroid gland implies that produce enough of your hormones necessary to maintain the normal actions of various organs, especially the central nervous system. This deserves When the thyroid is malfunctioning or is removed, it causes symptoms similar to those that produce typically psychiatric illnesses.

The major thyroid hormones are called T3 and T4. The first one increases brain levels of serotonin, a chemical key to a adequate and balanced mood. It is the same effect produced by antidepressants, therefore, it can be said that T3 acts as an antidepressant.

In hypothyroidism, not enough hormones are produced, which generates symptoms such such as tiredness, lethargy, drowsiness, reluctance, headaches, memory loss, lack of concentration, difficulty in calculations, decreased libido, all symptoms similar to those observed in depressive states.

O The most frequent cause of hypothyroidism is the autoimmune thyroid disease, called Hashimoto's thyroiditis., which is produced by the erroneous manufacture by the immune system of antibodies that attack the thyroid gland called antiperoxidase (APO) and antitoglobulin (ATG) – that bind to thyroid tissue, attract lymphocytes and produce inflammation that chronically leads to glandular dysfunction.

In addition, there are other causes of hypothyroidism, including those who produce various medicines used for the treatment of different diseases.

For example, amiodarone is an antiarrhythmic drug for the heart which contains a high amount of iodine (40% of its weight) and a usual dose of 200 mg / day may develop decreased thyroid function in 15-20% of cases and in the first 18 months of treatment.

Within psychotropic drugs should be highlighted first lithium, which prevents the thyroid from using iodine, which is the raw material needed to make T3 and T4. For this reason, all patients receiving lithium (usually to treat bipolar disorder) require periodically check the levels of thyroid hormones.

The same goes for Valproic acid, lamotrigine, topiramate and gabapentin, all antiepileptic drugs but with their higher frequency they are used as mood stabilizers.

In consequence, All patients receiving psychotropic drugs require periodic laboratory testing and ultrasonography to assess that the thyroid gland is unaffected in its anatomy or in its ability to manufacture adequate levels of its hormones.