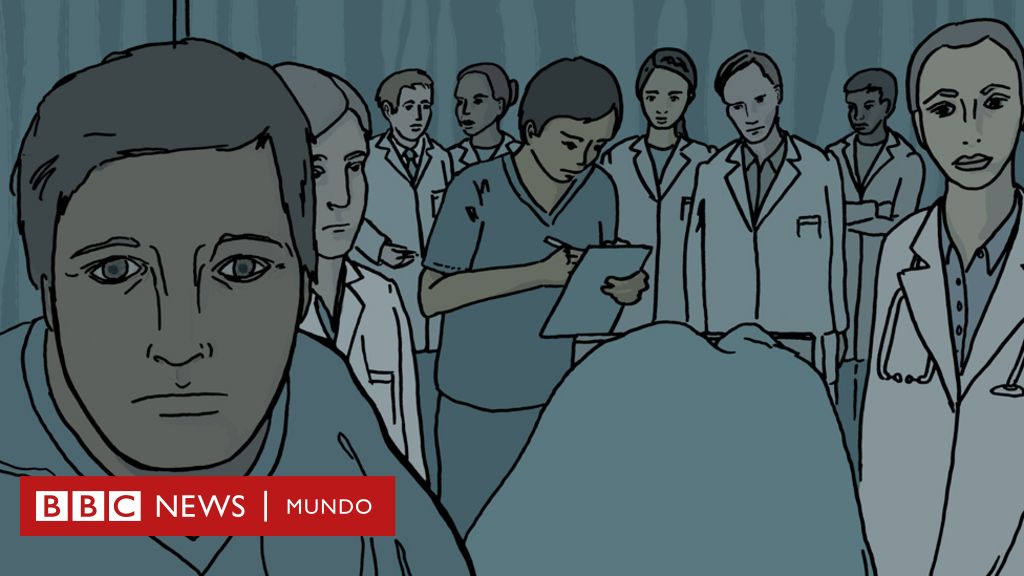 Meredith's mother suspected vaccines and never wanted them to be delivered to her daughter. For a while, that did not seem to matter. Until Meredith (not her real name) began to suffer some frightening illnesses.This is your story, told in your own words.

It all started when I stepped on a nail by accident. Shortly thereafter, my chin and shoulder began to take over, and the paramedics took me to the ambulance hospital.

It was at a university hospital in Brisbane, southeast Australia. I remember perfectly well that the doctor came out of the room whispering, "Oh, my God!"

He brought all the medical students to examine me. It was tetanus – also known as trismus – and they have not had a case in over 30 years.

I felt determined and said: "I'm not going to die at age 36 due to tetanus".

With the pain, I felt angry at my mother because she did not want to vaccinate me. The doctors extracted white blood cells from another person who had tetanus – their cells proved to be "experienced fighters" – and injected them to help mine recognize the disease and fight it.

With this treatment, in the end I got better.

But I was still angry because it is something that could have been totally avoided.

My mother, my grandmother and my aunts are all quite "mystical" and undoubtedly hippies.

They believe that the body heals naturally. If I had a cold in New Zealand, where I grew up, they would tell me, "Eat a cucumber" or "Take a sip of what the neighbor has prepared."

My grandmother subscribes to a magazine that gives advice on how to live better. She bought a bright bar through the magazine that cost $ 200. I know it's brilliant because when you hit it, it shines. But she believes it is a magic wand with which you touch the food to "give life".

I never believed in my mysticisms of my family, except when I was very young.

When I was about 3 years old, I used to suffer convulsions. The doctors diagnosed me hypoglycemia; my body was producing too much insulin. A doctor then told me that he could heal me and gave my mother a box of medicine to give me.

When I was a little older, my mother told me that if she had given me this medicine, I would have hair on every pore of my skin and she would have to shave my forehead every day before going to school.

My favorite series at that time was Teenage wolf (Teen Wolf) and she described, basically, the main character.

"The hair will come out on the back of your hands and on your neck," he told me. He told me that the pharmacy accidentally left information about the medical exams in our mailbox. In these papers, it was reportedly said that the drugs had been tested on dogs, that five out of seven had died and that they were just beginning to get tested on humans.

When I was little I stayed completely traumatized by his description. I think he was indoctrinating me, so he would be afraid to take medication.

When I was 11, they gave us the viral triple vaccine (measles, mumps and rubella) at school. Whenever there were injections, the school used to send us some documents so that the parents could fill out the permission forms. My mother always sent back with a "No, I choose not to do".

But this vaccine went unnoticed.

When I got home, Mom noticed that I had a band-aid where I had been injected

I remember playing with my friends as we lined up in the library. As I entered the room with my sleeves rolled up, I saw the needle. I said nervously to the nurse: "I do not know if they let me do this". She assumed there would be no problem and that was how I was vaccinated against measles.

When I got home, Mom saw that I had a cotton swab and a bandage where I received the injection. I told her that everyone at school had put it on. He hit the roof and shouted, "Why did not you stop and call me?"

I think I stuttered something about the authority of the teachers at school and I heard them. She got into the car automatically and swerved, pulling the car off the road.

I was so angry that when he came home he told me, "You will never go back to that school".

This was my last day of elementary school. Mom got me out of school, I left all my friends behind and she did not let me say goodbye to them.

My classmates did not know why I suddenly disappeared, but I think my teachers did because she gave them a good slap on the wrist.

Three weeks later, we left the country.. I helped Mom straighten things out with a great sense of guilt.

Having vaccinated had caused all these problems and now we had to leave the house.

No one has ever sat down to explain what vaccines really are. At school, it was assumed that we should know.

What I heard from Mom is that they came from chicken embryo cells and frogs that are injected with us. That was before the internet, when we only received information from my grandmother's magazines.

When I moved from New Zealand to Brisbane in 2009 with my partner, my grandmother's tears were falling.

I assured her that she would be fine, but she kept begging me not to leave. "There are yetis on Mount Tamborine"he cried.

God bless you, but I thought desperately, "How can we be family?"

My boyfriend is very logical and rational. He does not understand how I grew up like this. It was raised in Brunei and Nairobi, so it was vaccinated and revaccinations are made frequently.

She did not find out until two years after being together that she was not vaccinated against most preventable diseases.

We were planning a trip abroad when the question arose. When I told him the truth, there was a long silence until finally he said, "Really, how is it possible that you are still alive?"

We had a strong discussion.. He told me that he cares for me and that my health is very important to him. But I did not start vaccinating immediately.

In 2016, I contracted whooping cough.

I had this for six weeks until I was diagnosed. It took four different doctors.

At first they said it was flu or pneumonia and they advised me to continue drinking liquids and resting, etc. So I was prescribed antibiotics when it looked like it was something more serious.

Only the last doctor noticed the sound of my cough and realized it was whooping cough.

I was sick for 12 weeks that were hell. By Wednesday, I had forgotten what it was like to be cough-free, and I accepted that this would be my life from then on.

Mom knew I had a whooping cough, but she did not say much. I was very worried and said things like: "Oh poor thing, take some fresh air and lay down for a while".

He offered to fly to Brisbane to take care of me, but I said no.

My boy became very angry and told me, "I can not believe she put you in this situation."

Mom seemed to understand the seriousness of the pertussis, but she did not seem to understand that there was a connection between the vaccines and that I contracted preventable diseases. In fact, she could have contracted herself if she had come to see me because she is not vaccinated either.

I did not tell you yet that I had tetanus last year. The memories make me so angry that I do not want to talk to her.

I just started receiving the vaccines that should have been given to me as a child, and getting myself vaccinated as an adult is much more expensive in Australia: I paid $ 200 to get a vaccine against Hepatitis B.

I am working on a list that includes vaccines against diphtheria, poliomyelitis, meningococcal ACWY and human papillomavirus (HPV).

My little sister put all the vaccines. He lived in Japan a few years ago and needed to get all the injections to live there.

One day we were all making a video call and my sister started talking about the tasks that had to be done before the move … and she missed the vaccines.

He becomes sensitive when his mystical knowledge is questioned

Mom yelled, "OQHey!", and my sister does not know how to lie. He tried to back down and it was invented that there was a scanning machine that apparently makes you healthy for Japan. Mom is not the one that is technologically advanced and said, "Oh, okay."

I believe my mother has now reduced her mistrust of medicine a little. He had been sick for 15 years with septicemia and decided that it was okay to take medication. And my stepfather has cystic fibrosis and takes a handful of pills every morning.

But he becomes sensitive when his mystical knowledge is questioned.

I wish I could solve this problem. You should be seeing preventable disease outbreaks on the news all the time. It would be great to talk to her, but every time it comes up, she complains, gets angry, and cries. And nobody wants to see your mother like that.

*This story was reported by the BBC journalist Elaine Chong