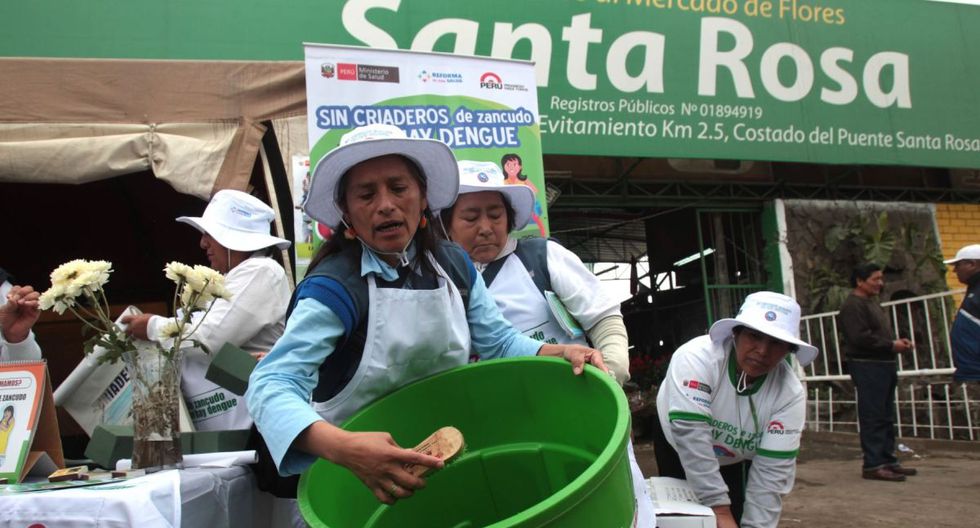 The Ministry of Health (Minsa) said it strengthens the prevention measures against dengue, chikungunya and zika that occur in this rainy season that appears both on the coast, in the mountains and in the jungle.

“From the sector where we are taking action, one of them is (encourage) the washing of containers with plenty of water, brushing mainly on porous surfaces such as cement tanks, because these eggs are microscopic and can survive for several months. in the water, waiting until summer to become larva, ”said Deputy Minister of Public Health Gustavo Rosell.

The official said the dengue-carrying mosquito (Aedes aegypti) is in places where there is stagnant water deposits and can survive for up to a year in drought conditions.

"Given this, through health promoters, you will visit home by home with prevention messages to prevent proliferation," he said.

In addition, regarding visits to cemeteries, Rosell urged citizens not to put water in pots and replace it with damp sand to prevent the larvae from growing. Similarly, he asked to discard elements that can be used as hatcheries, such as old tires, cans, dumps, bottles, cut drums, among others.

The deputy minister stressed that the Ministry has a plan that works throughout the country, especially in the regions of Madre de Dios, Loreto, Ucayali, Tumbes, Cajamarca, Piura, Lambayeque and La Libertad, where this disease occurs most often. .

“For this reason, we train staff to monitor the increase in cases or mosquitoes; as well as the work of collecting hatcheries with local governments, ”he said.

He urged the population to be alert to symptoms such as mild fever (zika), high fever (dengue and chikungunya), headaches, muscles and joints (all three diseases), rash (dengue and zika) and conjunctivitis (zika). It can be one of the aforementioned diseases.

He also explained that symptoms can begin between 2 and 7 days after the mosquito bite.