Luis Miguel in Lima: The Sun of Mexico will offer a concert on March 10 at the Jockey Club 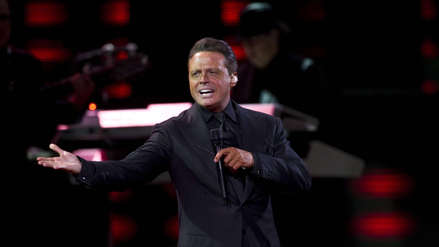 Luis Miguel will shine again in Lima. Kandavu Producciones officially announced the return of El Sol de México for the next March 10 at the Jockey Club of Peru. The interpreter of "The unconditional", "Smooth" and "If you did not know love" return after five years of absence to meet with his fans.

David Sousa, Marketing Manager at Kandavu Productions, made the announcement on RPP News: "We can already say, Luis Miguel comes after years to Peru. You will make several dates in South America. This tour starts in Santiago on February 21 and ends in Puerto Rico on March 31. On March 10 in our capital, "he said in the program" Lighted. "

The return of Luis Miguel to Lima ─ with your tour ¡Mexico forever! ─ is in the middle of the revival of his career thanks to his biographical series of Netflix, starring Diego Boneta. For the rest of the year, the Mexican singer will offer seven shows at the National Auditorium of Mexico between November 12 and 20. Six of them are exhausted.

Ticket sales will start on November 15th. Tickets will cost from 165 soles, the show will be for 20 thousand people. First, a special pre-sale will be made to your fan club on 6th and 7th November.

In total, Luis Miguel will reach the 31 performances at the National Auditorium of Mexico in 2018. It is in this context that he announces his return to South America, with concerts already confirmed in Argentina and Chile (although it is not known whether in Viña del Mar or an independent concert) .

David Sousa He also revealed details of the Luis Miguel. "[Las negociacions duraron] little more than 5, 5 months, because we had problems of competition with several producers, including international producers. Finally he stayed with us. "

A few days ago, the intrigue campaign about Luis Miguel's show began with ads on giant networks and posters on the streets with familiar phrases of Mexican songs. "You, the same as yesterday" was one of the lyrics that thrilled the fans.

THE RENAISSANCE OF THE SUN

The interpreter managed with his recent international tour "Mexico Forever!" specify 78 dates in Mexico, the United States and Spain, after having sold tickets with the same performance in 27 shows at the National Auditorium of Mexico City, where he will return to sing in October and November.

The success of the biographical series is also reflected by the singer's rise in the reproductions of his music on the internet. According to the Mexican Association of Producers of Phonograms and Videograms (Amprofon), Luis Miguel placed in the 6th position of Top Streaming with the song "Culpable o no", surpassing urban artists like Ozuna and Maluma.

On the other hand, the official soundtrack of the "Luis Miguel, the series" records more than 54,000 reproductions per month and on its official YouTube channel their songs already exceed 10 million reproductions.

Gone are the controversies he was involved in in 2015, when he canceled several shows and faced lawsuits in the United States for breach of contract. Now the & # 39; Sol de Mexico & # 39; he shines again