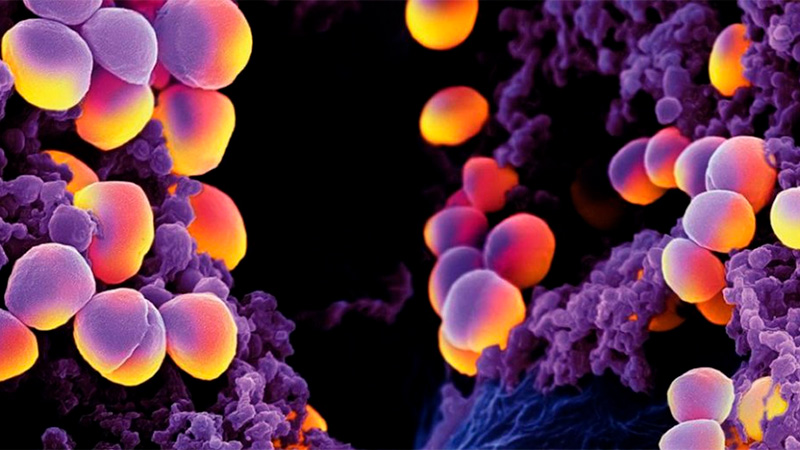 Carlos Romero died at age 46 in Concordia, after being treated for pneumonia that ended up being fulminante. After his death, relatives reported that was attacked by a bacterium called MRSA (methicillin-resistant Staphylococcus aureus).

The most serious part of your case, according to your relatives, is that got sick in the community, without having traveled to any place of risk or visited any hospital or health center. With that, they try to put knowledge and warn the Concordians since it would be the first case in that locality entrerriana.

"Apparently, it was a cut in the skin, a small lesion where it spreads with the dangerous bacteria that later enter the bloodstream through a glass and cause bacteremia, a blood infection by this bacteria. As it travels through your body, it lodges in your lungs, generating pneumonia. "He explained to The sun, Joseph, the victim's brother-in-law.

"It was not a common disease of a normal pneumococcus, that the bacterium Staphylococcus aureus caused pneumonia, with the peculiarity of that bacteria are resistant to methicillin, the antibiotics with which it is treated and, consequently, It was lethal, a bacterium that has no cure."said the victim's family member.

"We had to investigate and learn to see where we were, for all this is new, because being resistant to the antibiotic group, there is no way to treat it"he commented.

Romero's relative recalled that the man was admitted to intensive care and that "all the treatment they have done was useless."

"We all have this bacteria, it is the one that generates the granites, but it is not aggressive, the problem is that this mutation of this strain that it contracted – and we do not know from where – resists any antibiotic," he explained.

The lesion of the first symptom was similar to that of a spider bite and was diagnosed for this. Regarding the treatment, he explained that it was the correct, he was prescribed drugs according to pneumonia, but the bacteria was resistant.

"Carlos died in just 10 days, the pneumonia was necrotizing and he fulminated, three liters of pus left a day, that is tremendous"commented José.

"It's the first case in Concordia"

"What we want to clarify, alert and generate awareness is that Carlos hired in the community, not in the hospital or in the sanatorium, is the first case in Concordia, besides that he has never traveled or been in contact with the patients, that's where We we make the announcement something for which we are not ready yet ", He explained.

"Today, WHO makes a warning through the Malbrán Institute so that we are prepared, especially the guards of the hospital," he said.

Finally, he insisted that Carlos was a healthy and hardworking man, established in Quintana and Humberto Primo and was highly esteemed by his neighbors. "He was a healthy man, had no type of immunodeficiency, was hardworking, had no children, MRSA bacteria are among us, was the first case, determined in the last few seasons, the death certificate says he died of bacteremia generated by the bacterium SARM ", he concluded.

Many strains of bacteria of the genus Staphylococcus are quite frequent. Most people have bacteria of this kind that live on the skin and / or nose without causing any problems. If these bacteria enter a person's body through a cut, scratch or rash, they can cause minor skin infections. Most of them heal if the wound is kept clean and covered. Doctors sometimes prescribe antibiotics to treat the most stubborn staph infections.

What distinguishes MRSA from other bacteria of the same genus is that this species has developed resistance to the antibiotics that physicians commonly use to treat staph infections. (Methicillin is a type of antibiotic, which is why this strain is called "methicillin resistant").

Skin infections caused by MRSA usually develop around open wounds, ulcers, or sores, such as cuts, abrasions, or stings; but they may also appear on areas of intact skin. They form lumps or swellings that swell and hurt and sometimes drain fluid or pus. Some people also have a fever. (The sun)