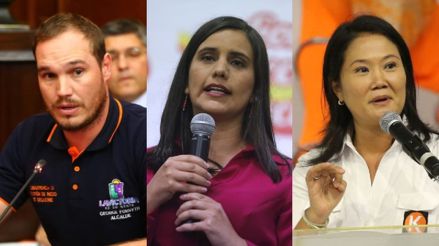 Former Mayor of La Victoria, George Forsyth, obtained 23% of the presidential vote intention and is followed by Verónika Mendoza with 9.15% and Keiko Fujimori with 8%, according to the latest national telephone poll of the Peruvian Studies Institute (IEP).

According to the survey, released this Sunday by the La República newspaper, in fourth place appears the Congressman Daniel Urresti with 7.3%, followed by Hernando de Soto with 5.4%, Yonhy Lescano with 4.9%, César Acuña with 3.9%, Julio Guzmán with 3.9% and ex-president Ollanta Humala with 2.7%.

The IEP Research also requires approximately one 27% of the population without a presidential candidate, in this group are those who consider not voting for any option (19.1%), express a blank or flawed vote (2%) or do not know (5.5%).

‘Power in your hands 2021’: The COVID-19 pandemic has impacted Peru’s economy. The lack of jobs has skyrocketed and, with the election campaign underway, it is time to evaluate the proposals that candidates will offer to improve this situation. How will the next president receive the savings?