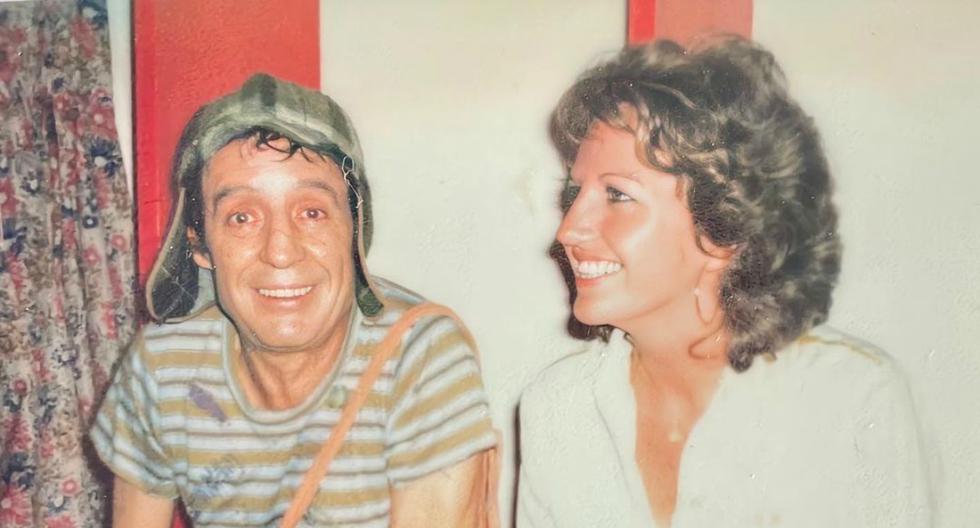 Gache Rivera, wife of actor Carlos Villagrán, remembered for playing the role of ‘Quico’, released a series of unpublished photos in which it is possible to see the cast of “El Chavo del 8” resting in dressing rooms during a live show.

LOOK: “El Chavo del 8” will be 50 years old: these will be the commemorative coins for your birthday

In the images, uploaded to Instagram, you can see Roberto Gómez Bolaños (the ‘Chavo del 8’), for Ramon Valdes (‘Don Ramon’), Florinda meza (‘Dona Florinda’), Maria Antonieta das Neves (‘Chilindrina’), Angelines Fernandez (‘The Witch of 71’), Rubén Aguilar (‘Professor Jirafales’) and Edgar Vivar (‘El Señor Barriga’), in a very intimate environment and in which everything seems to be happiness.

“With the entire cast in the Caracas polyhedron”Rivera wrote. As expected, the images quickly became a trend and fans of the series appreciated the publication that described the album as “a jewel” and as a series of photos “that cannot be bought with all the money in the world”.

Why is “El Chavo del 8” no longer seen in any country in the world?

“El Chavo del 8” was left out of television worldwide, 47 years after the uninterrupted broadcast and six years after the death of Roberto Gómez Bolaños. The same Roberto Gomez Fernandez, son of ‘Chespirito’, confirmed the news that saddened the followers of a life of Chavo, Quico, Chilindrina, Dom Ramón and the rest of the neighborhood residents.

Through his social networks, the television producer reported that “El Chavo del 8” and his father’s other programs, such as “El Chapulín Colorado”, were released.of the world screens”, Although he did not elaborate on the reasons for the unexpected suspension. He just said that together with his family they will try to remedy this problem as soon as possible.

Although there are not many explanations on the subject, it seems that Televisa and Grupo Chespirito, owner of the scripts by Gómez Bolaños, have not reached an agreement on the rights. This led to the worldwide cancellation of the programs.

“The suspension is due to an outstanding problem to be resolved with the rights holder of the stories”, published Omelet, a Brazilian company that transmits these productions, through a press release.

In addition, the document states that “He regrets the decision, especially with regard to his audience, who have followed the series for so many years. The broadcaster continues to support an agreement between the two Mexican companies as soon as possible and, if that happens, we will be happy to inform El Chavo, El Chapulín Colorado and Chespirito fans immediately “.

“El Chavo del 8”: why did Godínez only appear in the school and very little in the neighborhood? “El Chavo del 8”: what happened to Doña Eduviges, the ‘Madman on the stairs’ Who is ‘El Chavo del 8’ metalhead? Find out more about the protagonist of the most hilarious memes of the year

The unpublished interview with the cast of “El Chavo del 8”, before starting an international tour