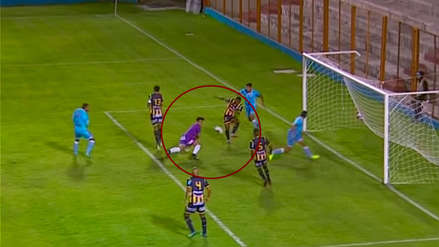 The poor Sport Rosario in Decentralized 2018 was reflected in the move that gave the first goal in the game against Binacional. Total lack of coordination in the area of ​​huaracina that ended in the blooper of date 12 of the Clausura Tournament.

The 24 minutes were played when a ball arrived in the area of ​​Sport Rosario. Luis Llontop dismissed a shot but the rebound dropped a defender who then tried to clear the ball. Unfortunately for the locals, the ball hit the head of the keeper and entered the area.

In addition, the balonazo made that the archer stayed thrown a few seconds in the field product of the impact of the ball. In the end, Binacional managed to extend the score and won 2-0 to Sport Rosario.

With this result, the team that commands Rainer Torres marches in the penultimate position of the accumulated with 42 units and is a serious candidate to lose the category with the United Merchants.