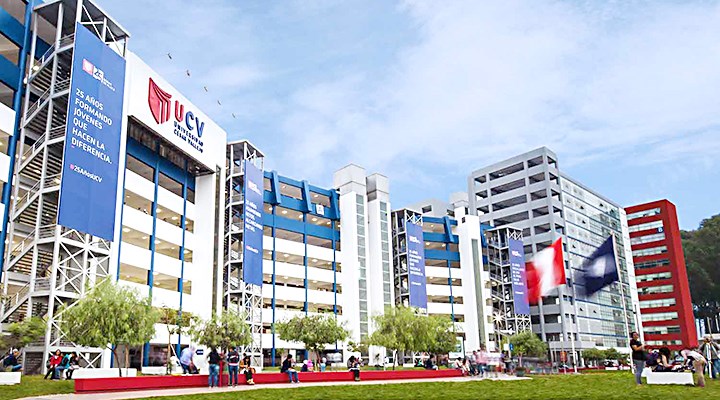 The National Superintendency of University Higher Education (Sunedu) has granted for six years the institutional licensing of César Vallejo University (UCV), after verifying compliance with the Basic Quality Conditions established in the University Law.

The UCV is a private university of corporate nature that began its academic activities in 1992. It currently has 96,790 students. Its head office is located in the city of Trujillo and has nine branches in seven regions of the country, with a total of 19 authorized places. Its largest operation is in Lima, with 50,178 students, while in Trujillo it has 16,858 students.

It was informed that the license granted is a consequence of the process of continuous improvement that the UCV initiated after the promulgation of the University Law, as well as the adaptation and alignment to the technical requirements raised by the Sunedu within the scope of the model. of licensing.

The university has made several improvements, such as the honesty of the academic offer. The UCV gave up 39 study programs (9 graduate, 21 master's degree, 2 doctorate and 7 second degree). As a result, it has gone from offering 118 programs to 79. Similarly, the university has given up offering university education services in five areas.

In terms of research, the budget for this area grew steadily from 2 million soles in 2013 to 13.8 million soles in 2019. Currently, the university has 10 research lines and, among them, 95 projects in clear. Likewise, it counts with its faculty with 25 researchers registered in the National Register of Researchers of Science and Technology (Regina).

In 2017, the UCV created the vice rector of research, among other measures.

Sunedu has also granted a six-year institutional license to the Huancayo Private University of Franklin Roosevelt (UPHFR) in the Junín region after confirming that the study house is in compliance with the Basic Conditions of Quality (CBC) established in the Law University.

During this process, the UPHFR was able to generate incentive mechanisms and stimulate the research, through the implantation of research beds for students and competitive funds for teachers. In the same way, it promoted the increase of these resources every year and regulated its application.

Currently, this university has a population of 4,000 students and 195 teachers.