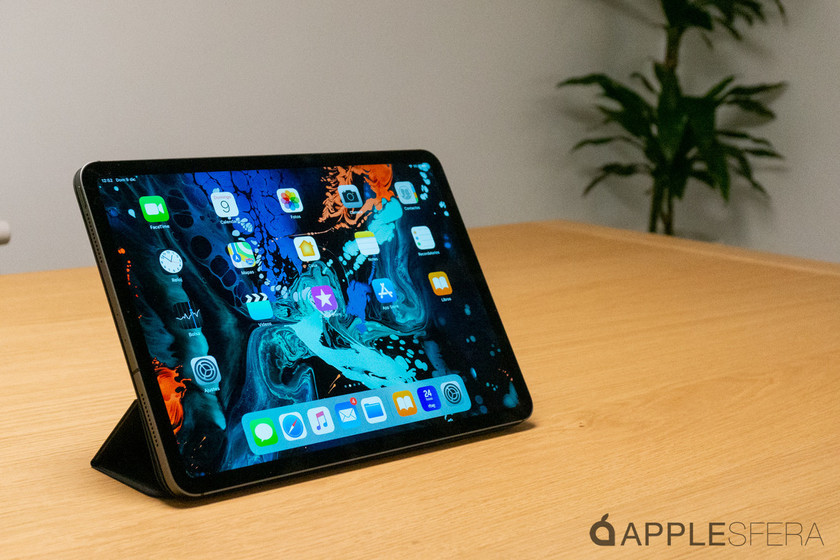 Little remains for November 11 (11-11), ie single day. On this date they are offered discounts and offers on all product types. However, over the course of this week, we have already seen a very interesting breakthrough in Apple devices. In this Hunting Gangas we offer the best deals on the Internet.

We started offering with iPhone 8. Launched in 2017, this Apple terminal has a 4.7 "Retina Display, Bionic A11 processor, 2 GB RAM and 12 MP camera. It features the Touch ID biometric fingerprint security system. In the Amazon we have the 256 GB version in Space Gray for 623.72 euros and Tuimeilibre for 649 euros.

With the same design as the iPhone X, the iPhone XR is one of Apple's top sellers from late 2018 until before the departure of the iPhone 11. It has a 6.1 "Net Retinal Display, Apple A12 Bionic Processor with Neural Engine, 3 GB of RAM and a single 12 MP camera, but allows you to take pictures in portrait mode). The front camera is TrueDepth with Face ID. In Tuimeilibre, it is black in color for 589 euros and on eBay for 599 euros.

Also released in 2018, the iPhone XS was one of Apple's next-generation flagships. There is one 5.8 "OLED Super Retina Display, Apple A12 Bionic Processor with Neural Engine, 4 GB RAM, 12 MP Dual Rear Camera and Face ID TrueDepth Front Camera. In Tuimeilibre we have 789 euros, while in El Corte Inglés we have 949 euros. We can also get the 256 GB for 899 euros.

The iPhone XS Max has the same specifications as the XS, however it has a main screen: 6.5 ", making it an interesting device for consuming multimedia content. In Tuimeilibre, we find in the gray space for 969 euros and in the Amazon, with 1,109 euros. There is also the 256 GB version for 1,199 euros

We continue with Apple's terminals, but those launched in September 2019. The iPhone 11 is considered the successor of the XR for having the 6.1 "Net Retinal Display. It features the Apple 13 Bionic Processor with Neural Engine, 4 GB of RAM and 12 MP dual camera with ultra wide angle. Amazon is for 784.40 euros, but in Tuimeilibre we have 739 euros. There are also 128 GB per 789 euros

We turn to tablets. If we are looking for an economical one to entertain while working, the iPad (2018) is an option to consider. It has a 9.7 "Retina display, Apple A10 Fusion Processor2 GB RAM and 8 MP camera. It is compatible with the 1st generation Apple Pencil. On eBay, it costs 269.99 euros.

The updated version of the previous iPad is already with us. The iPad (2019) has been updated with a 10.2 "Retina display and 3 GB RAM, although it still has the Apple A10 Fusion processor. It is compatible with the 1st generation Apple Pencil and has added the Smart connectorthen you can use the Smart keyboard. On eBay, we have to 299.99 euros, while Amazon is still available for its PVP.

Are you looking for a more powerful tablet? The iPad Air (2019) is an option to consider. This third generation has been updated with a 10.5 "Retina Display, Apple A12 Bionic Processor with Neural Engine, 3 GB RAM and compatibility with the 1st Generation Apple Pencil and Smart connector. Although on Amazon it's for 493.99 euros, on eBay we find it for 439 euros.

The latest offering on tablets is for the iPad Pro (2018). This model is the one with 11 "screen and with Apple A12X Bionic Processor and 4 GB RAM It is the most powerful Apple tablet ever made. Its panel supports refresh rates up to 120 Hz, has four speakers and compatibility with the new Apple Pencil and Smart Keyboard. On eBay, we have to 659 euros, and Amazon costs 823.32 euros

We continue with the smartwatches. Apple Watch Series 4 slightly changed its design with a larger screen and smaller edges, so there is more information in the areas. It incorporates pioneering functions in the healthcare industry, such as the fall detector and the ability to perform electrocardiograms. In the Amazon we have 369.99 euros and on eBay for 390.99 euros

Launch of the latest Apple watch. Continue with the same line started in Series 4, although with new features like the built-in compass or always-on display, which allows the sphere to be always visible, albeit with the most attenuated brightness. On eBay, it costs 409 euros, and on Amazon, for 479 euros.

We turn to computers with this MacBook Air. It is the pre-renovation with Retina panel. Its screen is 13.3 "and has Intel HD Graphics 6000 graphics. Its processor is a seventh generation Intel Core i5 1.8 GHz processor, has 8 GB of RAM and 128 GB of internal SSD storage. EBay sells for 799 euros by Worten.

The most popular Bluetooth wireless headsets on the market are AirPods. The second version integrates the new H1 chip and "Hey Siri" function, respecting the 5 hours of autonomy listening to music and more than 24 hours of battery with the charging case. In the Amazon, they cost 149 euros, but on eBay we find them for 129.99 euros.

This model is the same as mentioned above, only this includes wireless charging casetherefore, it is possible to recharge the AirPods 2 battery on a compatible Qi base. In the Amazon, we have them to 161 euros Tuimeilibre is 179 euros

If, after all, our Friday section falls short, you can always be up to date and informed of the top hunting bargain offers from Xataka, Xataka Mobile, Xataka Android, Extra Life and Espinof, as well as with our partners. purchase. You can see all the bargains they post on Twitter and Facebook, as well as in our Flipboard magazine, and even subscribe to your ads via Telegram.