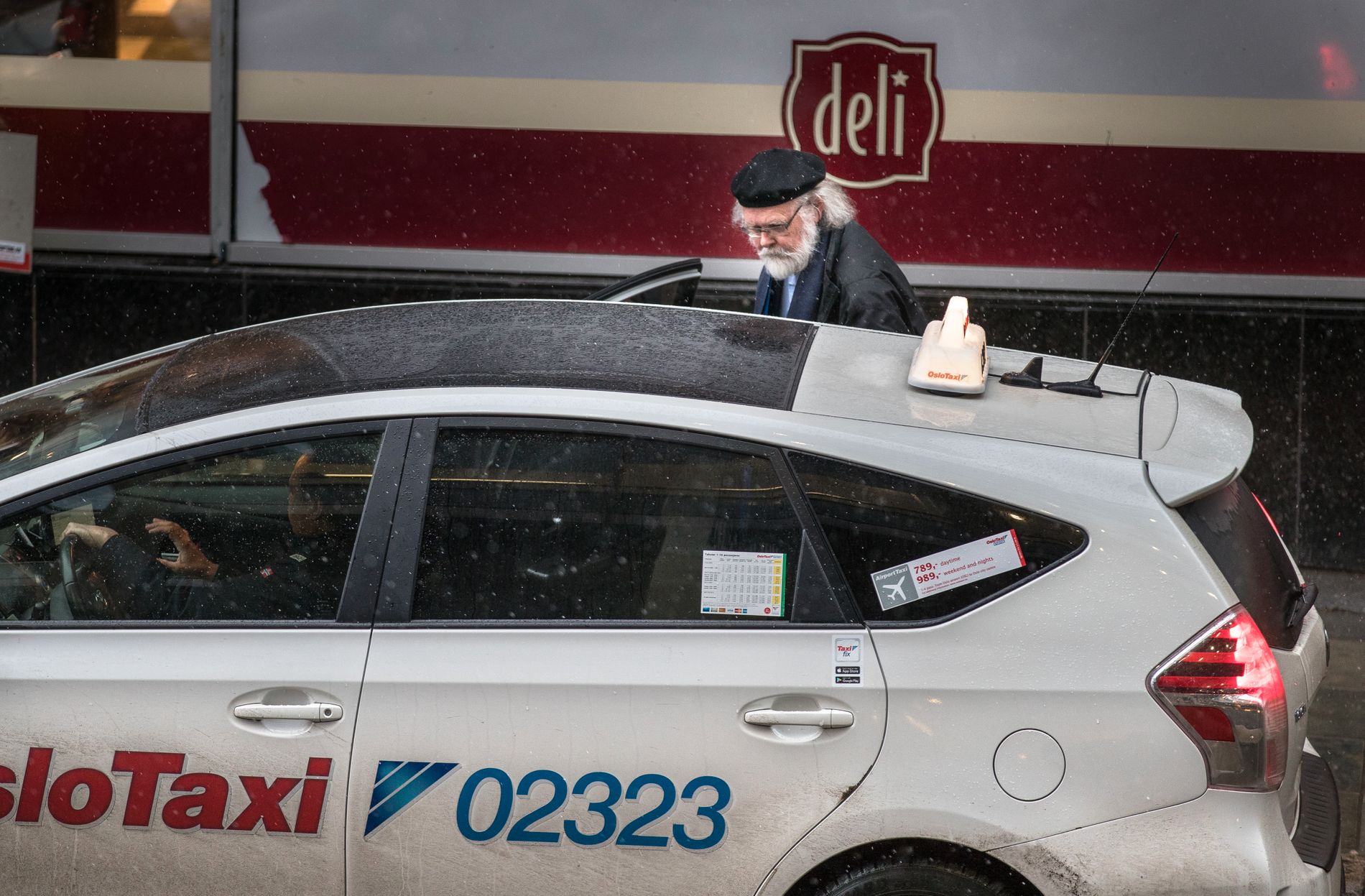 After the disclosure of the taxi expenses of Professor Nils Christian Stenseth, the University of Oslo (UiO) blocked the record speed of 57 taxi cards.

On March 9, VG revealed that UIO professor Nils Christian Stenseth took a taxi at the expense of the public for more than half a million crowns in less than three years.

The rides were paid with a taxi card provided by the employer.

UiO continued with routine failure, and after the VG article was published, 57 of the taxi cards that the institution had in use were blocked.

– Is the locking of the cards related to VG's request for access and to the articles on UiO taxi card charges?

"Yes, it's true that in connection with requests for insight, we went through lists of taxi cards and blocked cards that were not in use," Benjaminsen writes in an e-mail.

Benjaminsen says that UiO has found many cards that were little used or unused, which were then discontinued.

In a completely new list of taxi cards in the UIO, on which the VG gained knowledge, it is clear that the university is now in the process of performing a compensation work on the taxi card scheme.

– The lists consist of cards that the Oslo Taxi recorded as active and when they are in use. In connection with this case, we have asked the UIO units to clear the lists to find out which cards are not in use and which ones will be blocked, writes Benjaminsen in an email to VG.

It makes a reservation that there may be some system delay related to the time it takes to clear, lock, and terminate cards.

Following an up-to-date list of the Oslo Taxi last Tuesday, the overview shows 220 active cards in use, and a total of 509 blocked cards dating back to 2005, in part because employees entered the university.

– 72 cards are blocked this year, 15 before March 11, 57 after, writes director Arne Benjaminsen at the university in an email to VG.

He makes a self-criticism for taxi practice on behalf of the largest university in the country in recent years.

– We have seen that the overview and handling of the taxi card scheme have not been done before and so we have a review of the practice, according to Benjaminsen.

Asked if it is a goal to eliminate the scheme, Benjaminsen replies that UiO now has a review and will consider which guidelines should apply to taxi cards.

Previously Benjaminsen stated that "of course we can not continue as we did".

It was after VG wrote that leaders know University of Oslo in the last four years, taxi cards have totaled NOK 6.6 million.

University leaders used taxi cards for 6.6 million in four years: – You can not continue

Taxi cards are awarded according to "an assessment of service needs," according to Benjamin. On the UIO website, he says that "all managers today have their personal taxi card".

The fact that a taxi card is blocked and dismantled is, in most cases, due to the fact that the person joins the UIO or gets another position, says Benjaminsen.

Nils Christian Stenseth no longer has taxi cards, according to his own statement, because he is no longer a leader. The last time he left the card was on September 4 last year, says UIO.

Information about Stenseth's expenses and the fact that the card is blocked does not appear in the overview.

"What is the reason?"

– Stenseth disposable taxi card as head of CEES (Center for ecological and evolutionary synthesis), and in his current position, he does not have taxi cards. The CEES taxi card is still active, says Benjamin.

Both colleges, units and individual cards are recorded in the overview. No one is close to the taxi costs of Professor Nils Christian Stenseth. He mainly drove taxi to over 35,000 kroner in a month.

The vast majority of individuals and entities take out the taxi card between zero and 2,000 kronor per month.

Rector Svein Stølen left the taxi card for 7253 Norwegian kroner in February this year. In 2018, it was about NOK 50,000. So he ranks second in the UiO taxi race after Stenseth.

OAG checks the use of university taxi money

Neither Stølens nor the Benjaminsen University director's taxi card are blocked after cleaning. The latter has not used it since it began in position a month and a half ago.

– What do you think the director and director receive their taxi cards?

– The special service needs of senior management positions at UiO may indicate the need to dispose of taxi cards, says Benjaminsen.

"But now we're considering the regulations, so it's too soon to tell you what it will be like."