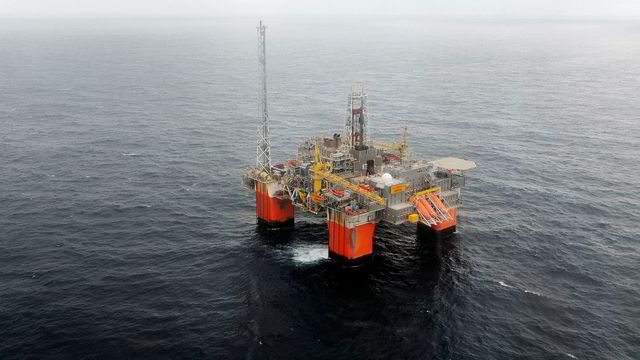 On Wednesday, ExxonMobil employees at Forus in Stavanger were told that the so-called strategic decision was taken to open the sale of the company's licenses on the Norwegian platform. Confirms the company's press contact, Terje Skauen.

– There is interest in licenses, and ExxonMobil is growing in other parts of the world, including Guyana, Papua New Guinea, Brazil and Mozambique. We are constantly working to rationalize the portfolio, Skauen says of why the decision was made.

It is not known what a sale will bring to the US giant. But an industry expert suggests to Dagens Næringsliv on Friday that the price is likely to be in the range of $ 3 billion to $ 34 billion, ranging from $ 25.5 billion to $ 34 billion. There will not be many players who can raise such a purchase, but companies like Our Energy, Aker BP or a foreign private equity participant may be among the stakeholders.

A sale means an era against the American giant in Norway. It was the American company that had the number one license on the Norwegian shelf, the so-called Balder license. In total, the company currently has holdings in more than 20 producing fields on the Norwegian continental shelf, which are operated by others. The company's production share in partner-operated fields in 2017 was about 168,000 barrels of oil equivalent per day, according to the company's website. This makes the company one of the biggest players on the shelf. In comparison, Aker BP expects to produce up to 160,000 barrels per day on the Norwegian platform this year. The total production of giant Equinor, both in Norway and internationally, is just over two million barrels per day.

The decision to sell off completely off the Norwegian platform came after ExxonMobil in November 2017 sold its own field operations in the North Sea to Point Resources. Since then, Point Resources has merged with Eni's Norwegian business. The result of this merger is Nossa Energia.

Possible sales in the new year

Now a so-called computer room has been established, where selective stakeholders find purchase information about the licenses, but Skauen emphasizes that no final decision was made about sales.

This is done to test interest, he says.

"But would not this decision have been made if you did not consider a sale as probable?"

"We expect our fields to be attractive for sale," says Skauen.

If you end up with a sale, this may happen before New Year, but a possible transfer may occur potentially during the second quarter of next year.

The communications manager, Anne Fougner, can not comment on interested parties or any price for the licenses. Employees can join a new buyer.

– In the case of a sale, the organization at Forus will for the most part be covered by regulations for business acquisition and thus follow a possible buyer, she says.

The oil tower and head of the oil fair in Stavanger, Leif Johan Sevland, is not surprised by the American company's sales plans.

– ExxonMobil is extremely related to the history of the Norwegian platform. But we should focus on the companies that want to invest here. There are more buyers than stock sellers on the Norwegian platform. In general, sales plans are not unexpected. We have already seen some of the greats withdraw. At the same time, we have seen that others have formed like Aker BP, Wintershall and Vår Energi. We have midsize companies firming up, while Equinor is focusing on the shelf. This is not a disaster for the shelf as such, when others assume the role of building it, says Sevland.

Sevland is also president of private equity firm HitecVision, which is one of Vår Energi's store owners and one of the most active new entrants to the Norwegian platform.(Terms)Copyright Dagens Næringsliv AS and / or our suppliers. We would like you to share our cases using the link, which leads directly to our pages. Copying or other forms of use of all or part of the content may only occur after written permission or as permitted by law. For more terms, see here.