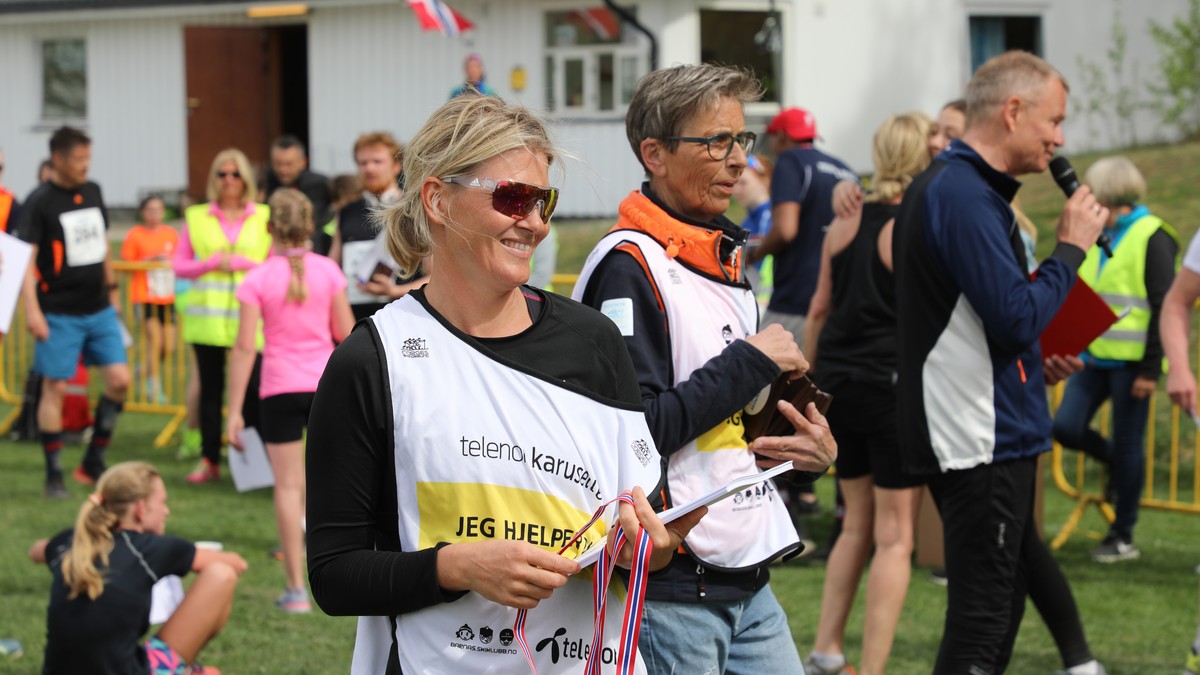 It has been nine months since the former star of the country lost his life in a boat accident outside Arendal. Wednesday she was greeted with her own memory run in Slitu's home town of Østfold.

Skofterud's family and girlfriend, Marit Stenshorne, volunteered. For NRK, they tell how life without the gentle man of 38 years was.

– It's been difficult, very difficult. But I'm lucky to have friends and family around me. They have been tremendous support, Stenshorne tells NRK.

– We spent some time before we realized what happened

Mama Kristin Westbye distributed diplomas and medals in the target area along with Stenshorne. Westbye says her daughter liked to try the race in her hometown.

– She thought it was cool! She loved things like that. Freedom, kind people, positivity. Vibeke means more to people than to ants, she says.

How was the last year for the family?

"It's been very up and down. It was about time we really realized what had happened. But we have so many nice people around us. And we have a life ahead of us, which we have to hold on to, I could not say six months ago, but I think now, says Westbye.

Vibeke's father, Karsten Skofterud, fired the start of the race. He was clearly touched by the presence.

"It's huge that there are so many who are here to share the day with us," he says.

Bjørgen participated in the children's race

Organizers waited for 300 participants in advance, but on Wednesday morning more than 900 people were at the starting line.

"I miss words." This is voluntary at its best and truly in the spirit of Vibeke. Everyone is active and has fun being away. That everyone should be involved was important to her. At the same time, it's a day with many emotions, she says.

Among those appearing on Wednesday, Skofterud's good friend Marit Bjørgen, who participated in the children's race with her son Marius. In addition, it was the debate about competition for the three-year-old.

"It's great to be here and create some buzz around the race and write autographs. I'm still not in good shape, but Marius ran and I was with him nearby, the ski queen smiled after the race.

Bjørgen also points out that the memory race was an event in Vibeke's spirit.

"Vibeke was the sport. She wanted people to be active and to compete. She'd probably enjoyed it very much. No less at home. If she had heard that we had gathered so many here in Slitu, then she would probably have a laugh, she laughs.