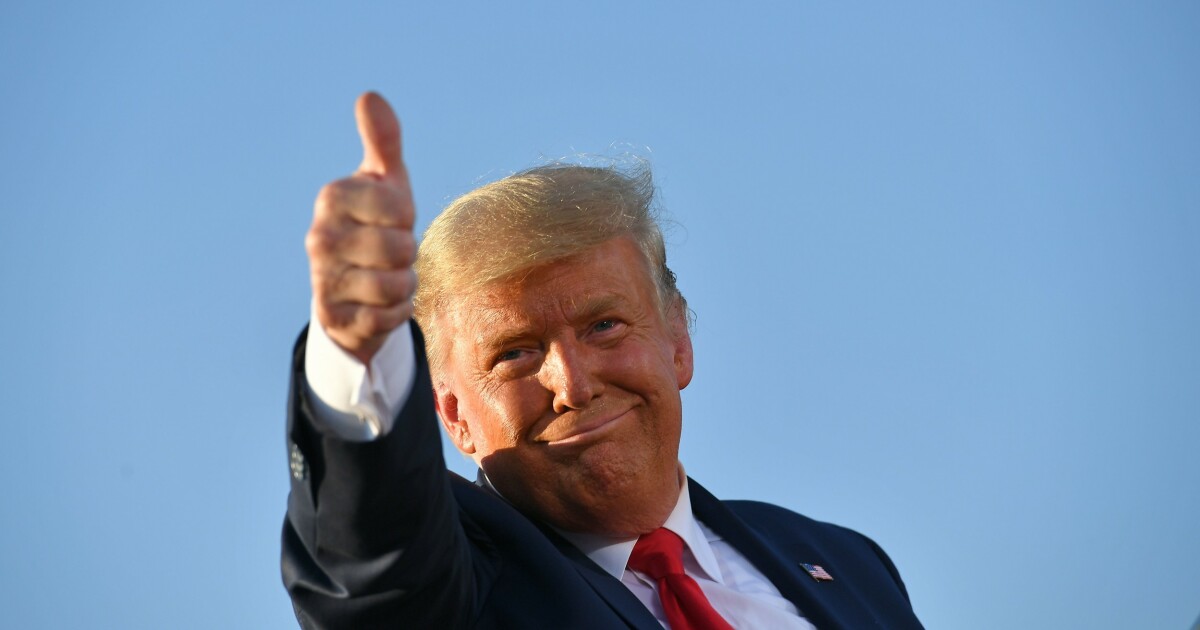 Re-election as president is not an easy task.

Bill Clinton promised that in his second term “he would build a bridge for the 21st century”. Bush should provide “a safer world and a more hopeful America”. Barack Obama said he was going to a place during his last term, that is, “forward”.

– You will always expect more of the same when you are re-elected, but often you will also see a clearly different policy, says Anders Romarheim, an American specialist and researcher in the Department of Defense Studies (IFS), part of Norwegian Defense College (FHS).

If Trump wins the election, but Trump loses a majority in the Senate, he will likely focus more on foreign policy, believes Svein Melby, senior IFS researcher.

– If Trump is re-elected and gets a democratic Congress, he will have bigger problems in the domestic market. So he can compensate by getting more involved abroad, where the power of attorney is greater and Congress tends to give presidential power more room for maneuver, says Melby.

“Europe yearns for a United States different from the United States of Trump, and I think they will ‘wait’ for Trump and work around him, instead of trying to negotiate with him as president,” said Romarheim.

– It is absolutely crucial for Norwegian security, and a prerequisite for a peaceful Europe, that the United States is willing to prioritize NATO, said Melby.

– In Trump’s eyes, resources are wasted on defending weaker states without getting anything in return. This is a totally legitimate argument, says Romarheim.

Exactly what Trump’s possible foreign policy commitment is about remains unclear. Trump has always made it clear that he wants to put U.S. interests first.

– When Trump was elected, he had a little foreign policy message. He promised victory in the fight against ISIS, it went well and he promised a tougher line against China and in trade relations, which he also fulfilled, says Romarheim.

– This time, I can barely decipher any foreign policy program beyond what it already has, Romarheim says and adds:

– He may well create peace in the Middle East, and he may well fail, like everyone else.

American researcher Hilmar Mjelde, from the Norce research center, believes that Trump’s plans do not depend only on his being re-elected.

– Trump himself will be taller than ever, just because of everything he survived. But if Democrats win back the Senate, Trump’s agenda will remain firm, writes Mjelde in an email to Dagbladet.

Mjelde believes that next week’s election is also a choice for the Republican Party.

If Trump is re-elected, he will pull the entire Republican Party ideology in its own direction, and away from the Reagan-influenced ideology that has dominated the party for the past 40 years, Mjelde believes.

– If Trump loses, he will likely be seen as an unwanted guest and a historical diversion that need not be reflected on so much, writes Mjelde.

If Biden wins, the pipe will have a different sound.

– I imagine two scenarios: Biden could become a new Jimmy Carter, which is repressed by polarization and internal division. Or it could be a return to the Obama era, with minor reforms and an even higher level of conflict, writes Mjelde.

Biden is among the most experienced living American politicians, aged 36 in the Senate, including as chairman of the Foreign Affairs Committee, and with eight years as vice president.

– It is a manifestation of the establishment of American foreign policy that Trump has been concerned with attacking and against which he works, says Romarheim.

Romarheim, therefore, believes that the foreign policy line will change from day one.

– They have two completely different versions of what the United States is and can be. There are likely to be few Trump changes that Biden will continue, but that does not mean he will automatically reverse the tougher line against China or the withdrawal of American soldiers from Germany, Romarheim said.

Melby believes that Biden will focus more on international deals.

“Biden has said from day one that he will withdraw the Paris Agreement, the Iran Agreement, and will place more emphasis on collective action with allies around the world,” said Melby.

Mjelde, however, believes that Americans have become more skeptical of the United States’ traditional role as a leader in large parts of the world.