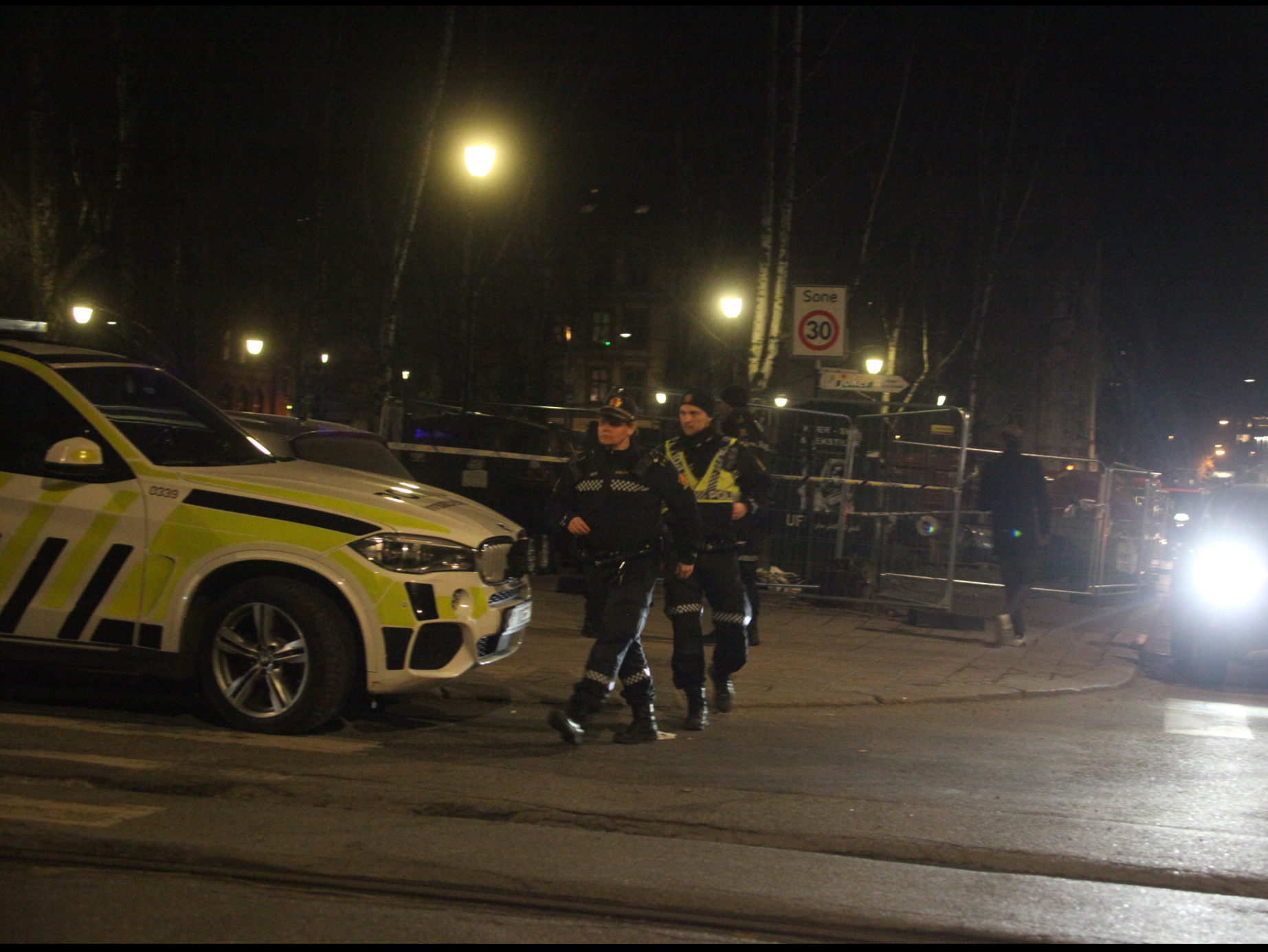 The woman was stabbed on the open street in Grünerløkka in Oslo shortly after 03. Police describe the act of violence as unprovoked and random.

A man in the mid-1940s was arrested a few minutes later.

Police received the message about the knife stabbing Birkelunden in Grünerløkka on 03/11. The woman was taken to the hospital after receiving treatment on the spot.

Police said the woman was optimistic, aware and talked to the police before being taken to the hospital. The woman is operated at the hospital in Ullevål, and nothing indicates that it is life-threatening, writes NTB.

The woman even gave witnesses to the man's police who took the police to arrest him nearby shortly after.

The incident happened on street level, not far from Paul's Church. The woman was stabbed in the abdominal area, according to operations manager Tore Solberg in Oslo Police.

Police say the knife bite seems to be random.

"After questioning and investigating on the spot, this suggests they did not know each other. The perpetrator went immediately and stabbed the victim completely unprovoked and randomly. It's a very ugly affair, says operations manager Tore Solberg for VG at 5 o'clock.