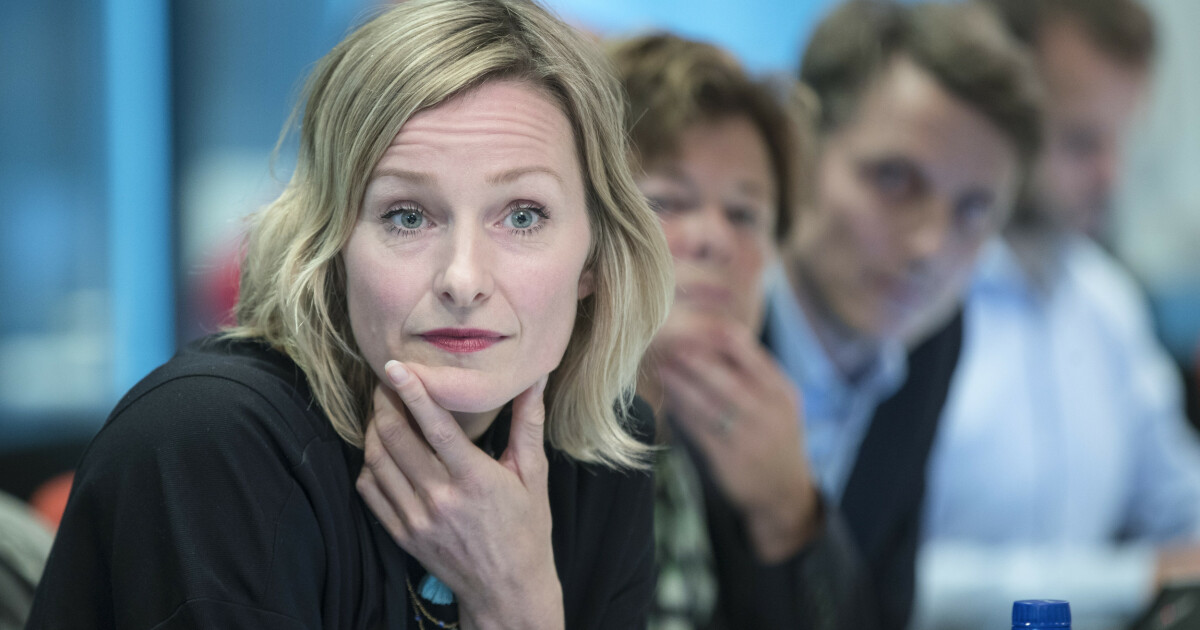 Reactions are many and strong after Dagbladet’s revelation about the salary party for the Oslo school principals.

While teachers were offered a 1.7 percent salary increase, six principals had their millions of salaries increased considerably.

Dagbladet also reported that the same agency has also spent 8 million on consultants and headhunters recently. The number of directors with a million salaries at the agency is now 28 – at the same time that councilwoman Inga Marte Thorkildsen (SV) recently left VG and complained about her distress over the lack of money at the Oslo school.

The pressure is therefore directed at the Director of Education Marte Gerhardsen, who granted the salary increases, and Inga Marte Thorkildsen, as an employee of Gerhardsen.

Gerhardsen did not answer Dagbladet’s questions.

At the town council meeting this week, Thorkildsen said the director’s wages are “not something I interfere with or be responsible for”. Repeatedly, she pointed out that it is Mars Gerhardsen who manages the level of wages at the Education Agency.

What will we do with a 1.3 million councilwoman a year if she doesn’t have the backbone to make her own decisions
Eivor Evenrud, red

Hallstein Bjercke (V) could hardly believe his own ears.

– Now Inga Mars Thorkildsen must take responsibility. If she looks that way, then she abdicated as a political leader. Even if you have delegated, you still have responsibility, Bjercke tells Dagbladet.

– Thorkildsen disclaims responsibility for principal salaries, for more principals being employed, for less resources in schools and for the report of teachers and principals of concern. The sum of this is an Oslo school that does not work properly. And that is her responsibility, Bjercke continues.

– What should Thorkildsen do?

– The city council may, at any time, instruct its director, in this case Mars Gerhardsen, if he so wishes.

Dagbladet is aware that Inga Marte Thorkildsen was not aware of the salary increases at the agency she runs prior to the first Dagbladet article on Wednesday morning.

A question of responsibility

Thorkildsen told Dagbladet that “it is clear that there will be no payment party between the managers of the municipality of Oslo”.

– We believe this on a principled basis, but it is extremely important now that ordinary employees have been asked to show moderation due to the corona and budget cuts, she says.

– At the city council meeting, you said that the salary of the director of the Education Agency is something that you “don’t confuse me or be responsible for”. Do you still defend that?

– Of course, I am responsible for development at the general level, but it is the director who determines the salaries of the administrators. That is what I meant at the city council, but it was taken out of context, replies Thorkildsen.

There is also dissatisfaction on the left.

Eivor Evenrud de Rødt points out that Thorkildsen on the city council emphasized that his party wants low differences in society.

– It does not help that the city is proud to be a member of the SV. Here she can really take political responsibility for reducing managers’ salaries. This case is over. Thorkildsen continues to think that those who sit in the office are the most important in the Oslo school. But this is wrong. Teachers are the most important for children and young people.

– We cannot have up to 30 people at the Oslo school who have more than one million salaries, people who do not work with students. There is no doubt that Thorkildsen has the authority to replace Gerhardsen. What will we do with a 1.3 million councilwoman a year if she doesn’t have the backbone to make her own decisions, Evenrud asks yet.

Earlier this fall, Dagbladet reported that the Education Agency in Oslo has also increased the number of directors by one million salaries, despite Gerhardsen’s promises to do the opposite.

– The City Council is responsible for that, period, and totally relinquishes that responsibility because it feels uncomfortable, says Øystein Sundelin (H).

– She does not understand

Like Bjercke, he also reacts to Thorkildsen by saying that executive salaries at his underlying agency are not “something I interfere with or for which I am responsible”

– There is a violation of the entire parliamentary governance model in Oslo. If the councilman has delegated all of his responsibility from time to time, then Thorkildsen doesn’t understand what position she should run, says Sundelin.

– Should she reverse the salary increases?

– It is incredibly anti-musical to spend a lot of money on reorganization and salary increases in a year of crisis like this. But it is up to the city hall and the agency to decide the salary level of each person in the Education Agency.