Former Pareto leader Petter Dragesund was acquitted in one of the largest Økokrim cases in Norway. The pension fund of the Akershus County Council now requires 289 million Norwegian kronor.

"He lived with this case for almost five years until his acquittal in February. He hoped it was over for him. But he has no choice but to relate to the fact that the pension fund wants a new round in court, says Henning Harborg, Petter Dragesund's lawyer for Dagens Næringsliv.

In February, the former Pareto summit was acquitted and accused and accused for more than three years in one of Norway's largest environmental crime cases.

Thus he was cleared of the accusation of complicity in gross fraud and market manipulation, while two other defendants were sentenced to prison.

But despite the fact that Dragesund knew that the case would not be appealed and that he was a free man, he must now reach a new round of trial at the Borgarting Court of Appeal.

These are the same Norwegian investors who claim to have lost several hundred million crowns through the brokerage table at Pareto's financial house.

The pension fund of the Storinvestor Akershus district council requires Borgarting lagmannsrett to hold Drageund responsible for compensation, despite the acquittal both for the prosecution and for the claim of compensation by the Oslo District Court. 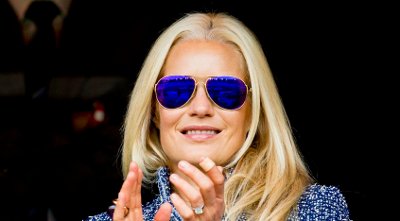 According to the lawyer Harborg, Dragesund believes that the claim is unfounded.

– As the district court also found, Dragesund did not know who was behind the stock purchases that should have triggered the claims under the price protection agreement, Harborg says.

It is former broker Pareto Kjetil Sjursen (43) and Jan Vestrum (58), who are referred to as consultants, who are convicted of gross fraud and market manipulation in connection with shares of the Crew Gold Corporation in 2010. Customers have been misled by at least NOK 188 million after the sale of the shares, according to Økokrim.

"It is very harmful for society to take measures that contribute to weakening confidence in the stock exchanges and the securities market, which depends on the confidence to function," the trial said.

– My client believes that the judgment was made incorrectly and that incorrect assessments were made. This should be highlighted in an appeal case, said Vestrum advocate, lawyer Ellen Holager Andenæs, at E24.

The prosecutor, prosecutor Håvard Kampen, did not comment on whether Økokrim will appeal the acquittal of Drageund, but said the court made a full assessment of the evidence of the case.

Last year, Jan Vestrum was sentenced to four years in prison for gross corruption, money laundering and several violations of the Securities Trading Act, relating to mining company Intex, where Vestrum was chairman of the board. It was during the launch of the Intex case that many of the information on which the Golden Crew's allegation was based appeared, according to Håvard Kampen, the state's first lawyer in Økokrim.

The one-and-a-half year jail sentence is an additional trial to the Intex trial against Vestrum. In principle, the court believes that the correct penalty for Vestrum's participation in the case of the crew, in isolation, is three years in prison.

Among the investors who, according to the prosecution, have been deceived are the Municipal Pension Fund of Akershus County, which went far beyond. The pension fund lost a profit of NOK 105 million if Økokrim's claims cause correction.