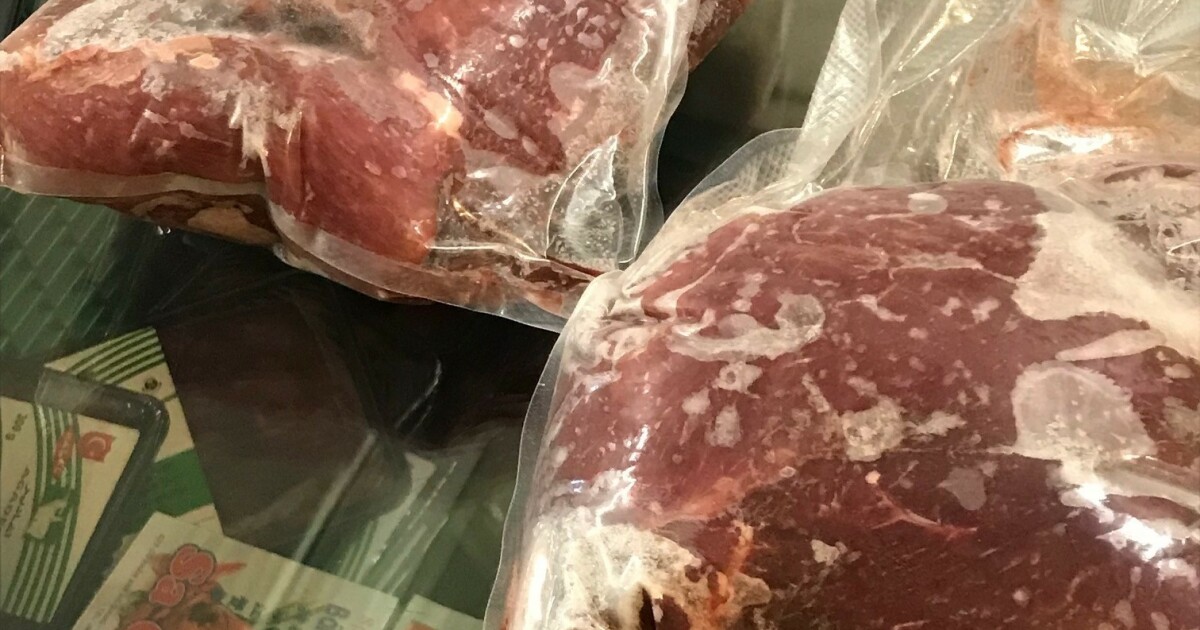 Several hundred independent grocers in much of the country received an unannounced visit from inspectors from the Norwegian Food Safety Authority last year. Now the results are available, and they are little to thank.

Traces of pests (rats), poor hygiene, unlabeled meat and the sale of illegal products were some of the findings that returned to most stores, reports reports to which the Dagbladet received access.

In all the regions where supervision was conducted, most of the controlled stores received a decision of one kind or another. Some shops had to close, others were prohibited from selling merchandise and many received warnings of poor hygiene.

"We are not satisfied with the result." Many of the findings were so serious that they could pose a danger to public health, said Ole Fjetland, Southern and Western Director of the Norwegian Food Security Authority.

"40 of 50 stores made a decision one way or another. Seen in relation to other industries and the retail sector in general, this is a very bad result, "said the audit summary done in the Bergen area.

The Norwegian Food Safety Authority has carried out unannounced inspections of 50 independent supermarkets in Bergen and surroundings during 2018. Here is the result:

During the audit, inspectors from the Norwegian Food Safety Authority focused on hygiene, pests and traceability. They looked for a clean and tidy store, if they had the equipment for washing and temperature control, and if they had control over pests. They also looked to see if the items in the store could be tracked, and whether the products were properly labeled.

– The results of these audits show that we should continue to monitor. In relation to the rest of Europe and the world, food security is good in Norway, but this does not happen by itself, says Fjetland, who is aware of the fact that the new supervision of this part of the supermarket industry will take place in 2019.

He explains the results of the controls that stand-alone stores, unlike chain stores, do not have the same routines and built-in systems for hygiene and product management.

– We confirm our suspicions that there is a greater risk of deviations in these types of stores. The most worrying are repeated cases of severe hygiene failures, remnants of pests and meat and dairy products of unknown origin, says Fjetland.

In three of the 88 controlled stores in the eastern area of ​​Mattilsynet (Buskerud, Vestfold, Telemark, Hedmark and Oppland), the condition was so severe that owners were forced to close all or part of the shop. The reason was poor cleaning and maintenance of the facilities.

The Norwegian Food Safety Authority has conducted a total of 46 unannounced inspections in these types of stores Rogaland in 2018, 32 in the south of the county and 14 in the north. Here are some of the results:

– It is worrisome when pests can enter the premises where they are stored and sold for food. Pests, especially mice and rats, can bring infectious agents that can make food harmful to health, says senior advisor Ågot Li of the Norwegian Food Safety Authority.

13 stores in the Eastern Region had to rectify the routines to improve the traceability of the goods they sell.

– Being able to track food products a step back in the chain of trade is important in order to withdraw food where there may be a risk of harm to health. Traceability is also important to document that food was purchased from registered or approved companies in Norway, says Li.

The Norwegian Food Safety Authority Buskerud, Vestfold, Telemark, Hedmark and Oppland conducted 2018 audits in 88 independent grocery stores. 54 of them had to make improvements.

Buyer in Sweden as a private person

In 2018, inspectors from the Norwegian region of the Greater Oslo Food Safety Authority conducted a total of 110 independent supermarket inspections in Akershus, Østfold and Oslo. Here, too, tracking meat and meat products is a constant challenge.

– Several of the companies admitted having bought food in Sweden or a car that was in Sweden. There is a need for guidance that it is not allowed to buy food as a private person in Sweden to sell it in stores in Norway, says specialist inspector Kari Dommarsnes in a commentary to the Dagbladet.

Inspectors also saw deficiencies in the routines of sales and packaging of eggs from primary producers or packers.

Dommarsnes points out that the condition was, however, better than expected in some of the businesses, and that companies had a greater focus on traceability now than in the previous round of supervision.

The Norwegian Food Safety Authority noted that supervisors had an effect. The discrepancies that were discovered have been corrected or are being corrected.

110 independent grocery stores in Akershus, Østfold and Oslo were visited by inspectors from the Norwegian Food Safety Authority in 2018.

"We can not say if the effect is long-lasting. Frequent property change is common in this industry, and we see that knowledge is lost along the way. Challenges within the competence and understanding of traceability requirements are variable and, in part, low in these businesses.

Dommarsnes claims that the Norwegian Food Safety Authority plans local monitoring in 2019 and that it is expected to conduct joint guidance and supervision in companies that have been banned and / or partially or completely closed by 2018.

– Companies with serious and repeated deviations are included for follow-up on joint actions with other agencies, such as police and customs.