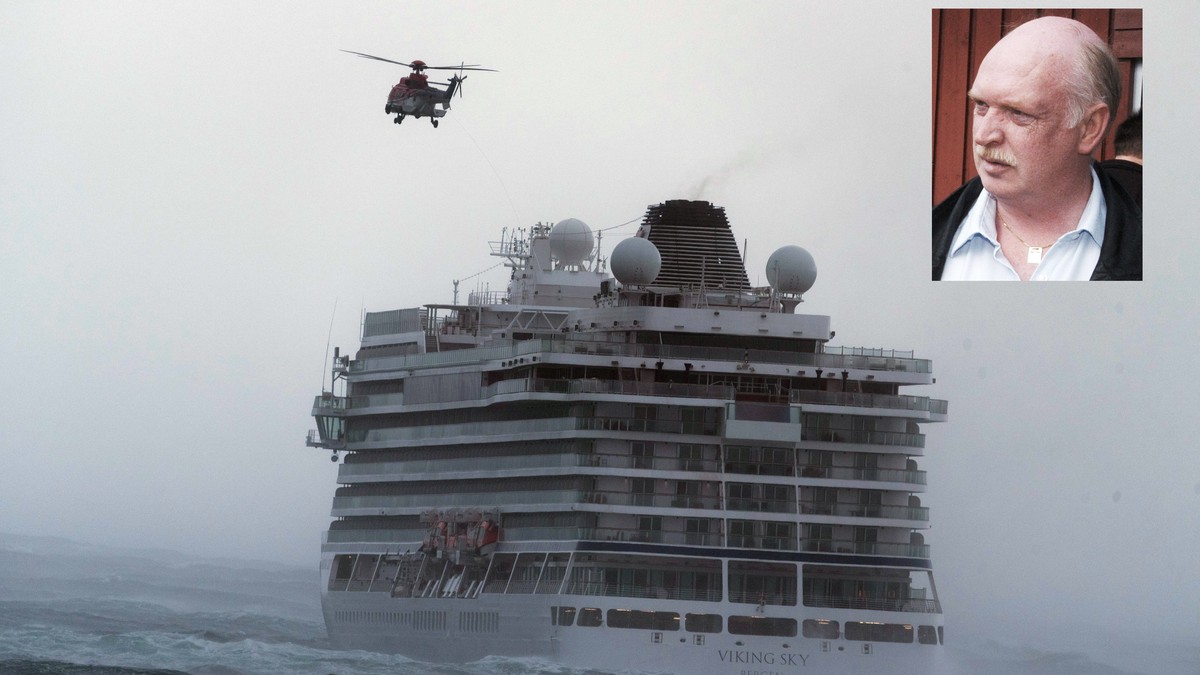 NTNU professor Svein Kristiansen criticizes the fact that the cruise ship Viking Sky on Saturday decided to navigate Hustadvika, and believes it was pure game.

But the Finnish captain's decision was in line with the advice he received from the two Norwegian pilots on board. One of them is Inge Lockert, from Bø in Vesterålen, which is state in the Norwegian Coastal Administration.

NRK, VG and Dagbladet tried every day to get an interview with Lockert. The pilot would not be allowed to be interviewed by the NRK, but for the local newspaper Vesterålen Online he reacts to the speculations that come.

He says that without the accident, the cruise ship would be well on Hustadvika.

"Someone said the ship was not going over." But this is a vessel that is more than two hundred meters long and ten meters wide than the Hurtigruten. We went through the race with the crew in advance and everything went as it should – until we were off the engine. That's when trouble comes, says Lockert to Vesterålen Online.

He is supported by his employer Kystverket. Communications Director Solveig Moe Frøland says there is nothing to suggest that a ship like "Viking Sky" should not follow this path over time.

Locked-up tells the local newspaper that the level of adrenaline on the ship's bridge was high when it became clear that the ship was 100 meters from the ground. There were very high waves and they did away with the little storm in the area. After a few hours, the evacuation of 1,373 people began on board.

"We did not have much to go on. Obviously, it was a tremendous relief to get the power of the engine and recover from it. That's what shook us, says Lockert to Vesterålen Online.

He thought the crew handled the situation very well.

"We did not lose a single life and saved the boat," he tells the paper.

The incident is examined by the Norwegian Maritime Directorate, the Police and the Accident Investigation Board, but according to sources that the NRK was in contact with the cause, will be called an "overload" on the engines.

– I thought about Titanic

Several passengers aboard the "Viking Sky" describe the experience as "surreal".

American Rodney Horgen told NRK that water tore up 20-30 people when a wave of several meters broke a window or a door and ripped tables and chairs in the restaurant.

"The best word will be" surreal. " We sat in the restaurant when the ship began to rock heavily from side to side. People fell and dinner dishes fell to the floor. Many thoughts went through my head and I thought about the Titanic, he says.

The Red Cross said several of the passengers being rescued ashore are traumatized after the rescue. Most are injured or have cuts and fractures.