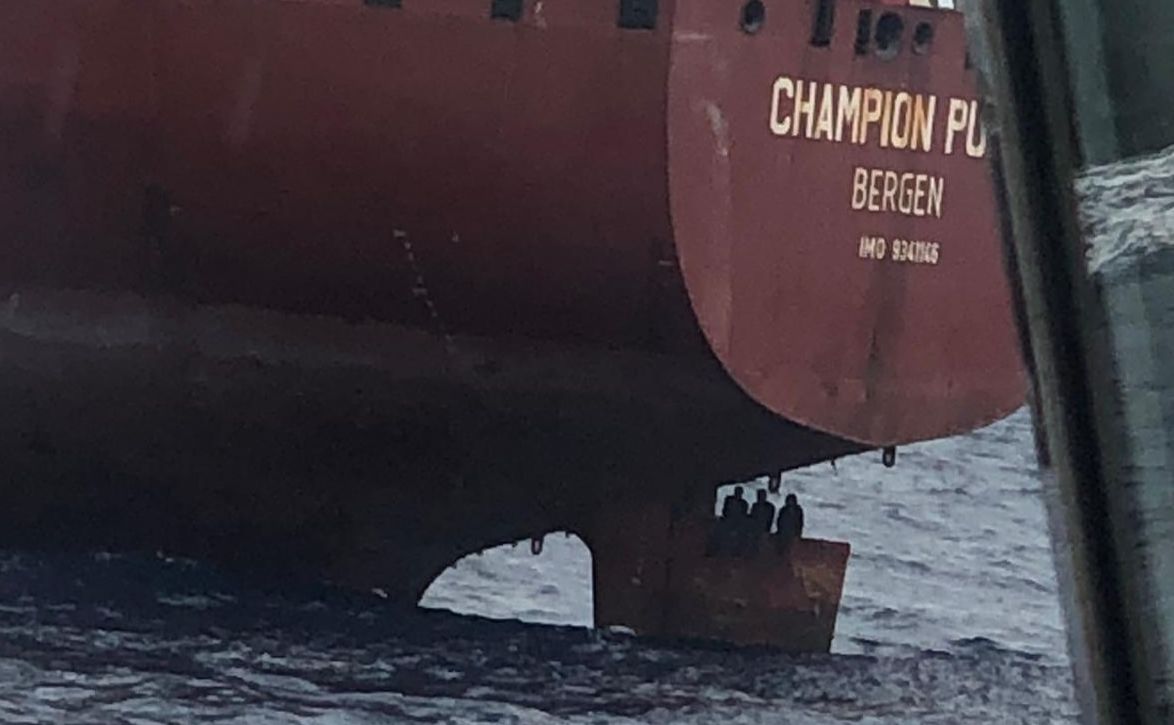 – Horrible to see that people are so desperate in search of a better life, President of Champion Tankers, Karl L. Kvalheim.

Less than 20 minutes ago

When the vessel “Champion Pula” arrived in Las Palmas, four men from Nigeria were found sitting at the helm.

It was the NRK that first told the story of the blind passengers of the tanker Bergen.

Kvalheim in Champion Tankers tells BT that the four men have been hiding in a hollow behind the helm for ten days.

According to NRK, he had unloaded in Lagos, Nigeria, and was on his way to Herøya, in Porsgrunn, to load liquid manure.

– A Spanish boat switched on the rudder headlights. Then we saw the men sitting there, said Kvalheim.

Lived in cavities behind the helm

He tells BT that there is a small cavity where the rudder rises on the steering machine.

– It is not a big place where the four men lived. Just below them, the propeller rotates. They could easily have become fish food, he says.

The four people were discovered in Spain, but local authorities did not want to take care of them. The boat was not allowed to travel further until it was decided what would happen to the men.

– The Spanish authorities vehemently refused. We stayed there for two days before making a decision, Kvalheim told NRK.

Received help from the Ministry of Foreign Affairs

In the end, the Bergen shipping company received help from the Ministry of Foreign Affairs and the Norwegian Shipowners’ Association.

– The men went to Norway and Herøya, says Kvalheim.

The quartet was arrested on arrival in Herøya on Saturday, 17 October.

– I don’t know what happens next, says Kvalheim.

The police immigration unit tells NRK that it cannot comment on individual cases.

– I think it’s horrible to see people so desperate in search of a better life, Kvalheim says to BT.

He says it is not the first time that ships have taken passengers with them.

– But it’s probably very rare that they hide behind the wheel. We will probably check our ships in more detail before leaving Nigeria from now on, he says.

According to NRK, the ship is insured with Gard insurance at Arendal.

The company confirms that it is aware of the incident, but does not want to comment further on the case.