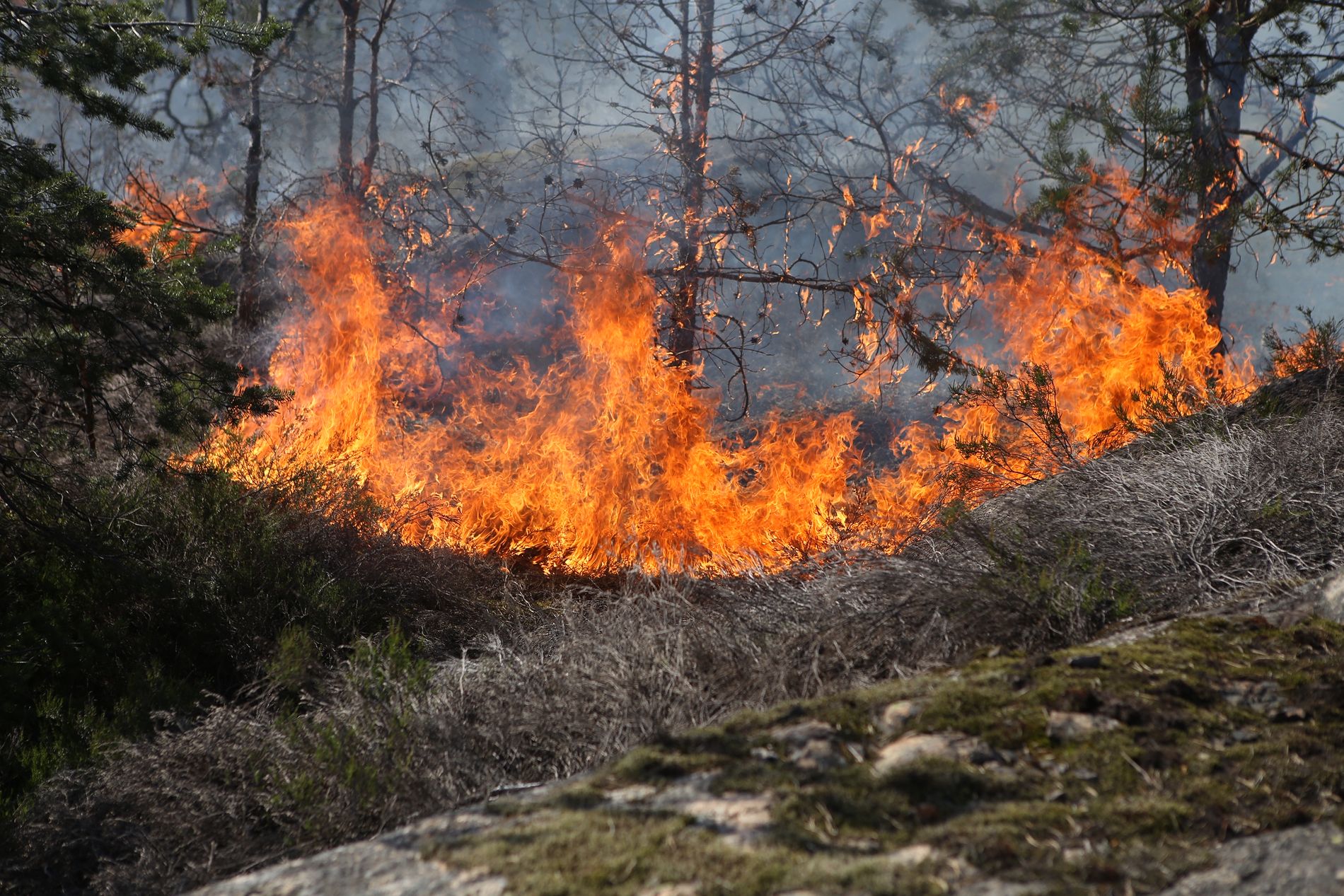 FIRE: According to police, it burns heavily in an area of ​​several hundred square meters by the train line at Røysås near Sandbukta. All photos: Nyhetstips.no

Burning in an area of ​​several hundred square meters, police said. The fire department has no control.

It is closed to train traffic between Moss and Kambo in Østfold, because it burns near the train line.

"We're fighting to get fire control." There is rough terrain and it's blowing hard, says guard leader Roger Andersen in East 110 Central.

A little over six hours, Andersen says they still have no fire control and do not know when they can expect to get it. But they work hard with extinction.

– We are collecting more resources now. There are nine fire trucks on site or on the way. We are trying to be strong to light the fire before it develops, he says.

Police are urging residents in the area around Sandbukta to close windows and follow other police reports.

– It burns a lot. It's a fine-wooded area near a residential area, says the operations manager of the Eastern Police District, Tom Sandberg, for VG.

– We started notifying the residents of the area in question of possible evacuation, but this is not applicable at the moment. That may change, but it depends on the wind and how the fire service manages to deal with the fire, Sandberg says later.

According to the operations manager, the fire started 150 meters from the buildings.

"We hope they are able to turn it off, but we do not know where the wind is going," he says.

The train traffic is, he said, stopped until they have fire control.

Vy informs VG that he is working on alternative transportation.

Due to the fire, a bus is set up for trains, says Åge-Christoffer Lundeby, press manager for Vy.

– The fire is on the Østfold line between Kambo and Moss. This applies to routes L21 and R20, which run between Halden and Oslo S and Stabekk and Moss, he tells VG.

He will not say anything about how many limits this will not do when they do not know how long the fire will last.

"But of course this will cause delays, it takes time to move passengers from the train to the bus.