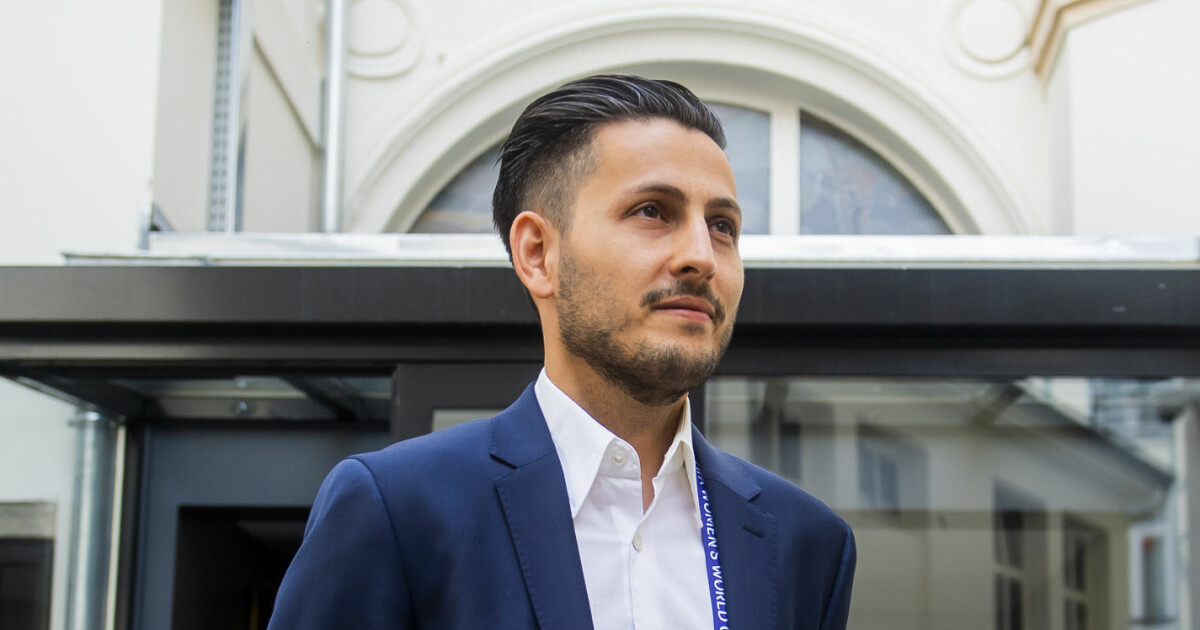 – He's a good man. He is extremely skilled at what he is going to do and at the same time he is a skier. He brings a lot of humor to this group here with funny comments and the way it is, says Maria Thorisdottir.

"He's something to himself. It raises the mood and energy of the group. He's a little clown, but we need it. It's just positive. When we become such long collections, it's good to have someone who pulls the mood of the group, says Isabell Herlovsen.

"He's always happy and happy at everything. He takes care of everyone and always comes up with some good jokes. He is also stubborn, so we have a bit to talk to and a bit to discuss. He is very good at being serious when he is serious and the rest
of the time he is just a very good man who simply takes care of us, says Maren Mjelde.

Motivated by the players and the love they show

Faced with some comments from the players in the form of video, it is clear that the doctor of the national team appreciates the mention of the group of players to whom he has medical responsibility. At home in Norway, he works as a GP, and he also uses the days of the World Cup
in France as a motivation in their day-to-day life.

"I find it gratifying to be here and motivated by the girls. So much for the love they show me as for the work they do on the track, says Tutunchian.

Because despite being known as an important propagator of humor and collaborator of the group, it is the academic and medical that makes him an invaluable part of the team that will contribute to the success of the Norwegian World Cup on French soil.

"I take my job seriously and prepare for everything I do. I think this is very, very important. Details are very important to me. This is what distinguishes the next best from the best. So I strive to find the best possible solutions
for the girls for each training and for each match.

"Girls also attract you as someone who spreads humor and joy. What are you really doing?

– I think it is very important that there is a good mood in the team, that the girls smile and that there is laughter in the group, so I try to contribute a little fun. Be it a comment or something I'm doing, they're laughing. This is important because
We medical staff also have an important task to do here, so that day to day is the best possible. We have been together for a long time during a championship, and it can be even longer, explains the 39-year-old.

I ran with a new bed

And just to illustrate the level of detail of the doctor's work, which also supports the physician's playful creativity and humor, one can use one of his training methods as an example. The group of players pulls the fact that he has practiced running
Quick with bag, an exercise that can potentially occur in combat and training situations.

– When you signal on your chest, you should look for the best. When you run into the country, you need to be well trained to get there, he says, explaining that there was a new type of bedding that had to be practiced.

Maren Mjelde seems to pay homage to the doctor for devotion.

"It's good that he has the same attitude we have for our work." As soon as we wear this costume, we will do everything we can to accomplish, and he does the same. It's a good attitude, she says.

The captain of the national team also directs a warning finger to his doctor.

Colleague Isabell Herlovsen believes that such a scenario would also have been taken with a smile by Tutunchian.

– Then it will be a hit on Youtube, then for sure. But he can handle most things, so I guess I had fun. He's a Moroccan, and we really appreciate that in the group, says the veterans tip.

Synne Skinnes Hansen, who is being treated only by medical staff as Tutunchiano's whispers on a 2-video TV, had access, smiles and laughter when he saw her again.

"He had to test you in the hallway of the hotel, but not only helps you test that. It should test in full sprint. In fact, you are not too surprised, because it is said. He usually finds something like that, she says.

Reiten: – He has practiced since we prepared for the World Cup

Guro Reiten also smiles good when she is confronted with the doctor's exercise to run the bag.

– He practiced during the time we prepared for this World Championship here. Throughout the year. We were in the Nike store before the World Cup and he had to wear new Nike Vapor shoes to be able to jump on the track. So he practiced, account
she said.

The Norwegian profile also looked at social media and found a potential model for his doctor.

– The Italian doctor was allowed to walk on the court in Armani clothes and boots. I think this is Said's dream.

"How do you think he's in the spotlight this week?"

I think he loves it. I think he really does, actually. He deserves a little attention, so he can enjoy it, she smiles.

On Thursday, Tutunchian had to perform again in front of the microphones and notebooks of the Norwegian press in Nice.

The final status of Graham Hansen's injury is that it can not be said with certainty that she is fighting, but that the treatment received is well answered.

– The progression has been very, very good but at the moment we can not say for sure if she is playing or not on Saturday. We evaluated her daily until the match, told the doctor, and said during the same session that the final
The decision will be made after training on Friday.